These Policemen In Faisalabad Hit A Woman In Public 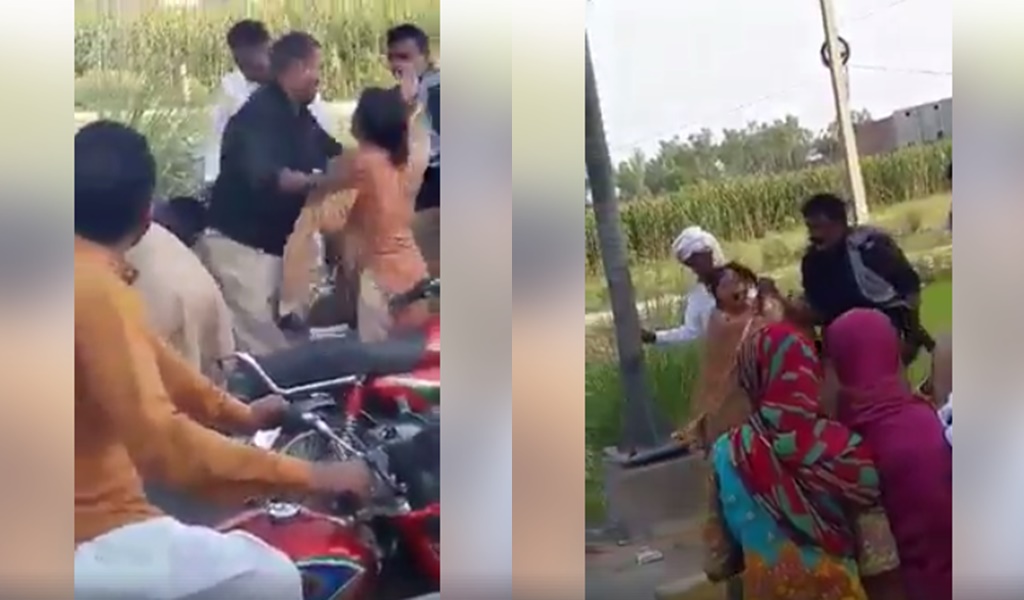 In Mexico, the masculinity of a man was said to be shown by the way he oppressed his woman. With the passage of time, a lot has changed in different parts of the world where women were once mistreated. The fight for basic rights, however, continues.

Patriarchy is present in every society – the magnitude of it varies. But the presence of it cannot be discarded. The fundamental rights of women were oppressed centuries ago, during the time when women were shamed and killed as soon as they were born. With many elements contributing to how we have set an example of the treatment given to women, the gender suffers in every part of the world.

What makes violence against women even more awful is how the society thinks it is okay to do it. Men hitting their wives was a sign of power, and it still happens in the world. Why? Because men are brought up this way. They have been brought up in an environment where they think it is perfectly okay to hit a woman. It was what they have seen, and they continue doing it. They do it with a sense of normality in their minds.

This Video Shows How Policemen While Catching a Criminal, Casually Assaulted a Woman in Faisalabad

The woman was there, asking for help and trying to do what every person in her situation would do. However, the policemen thought it was okay to push her and hit her away with such intensity. Why? Because this is what happens in the society (Yes, wake up!).

There will be a lot of people who’d say, “This is normal. No big of a deal. If feminism means equality then there is no harm,” and so on. Well, feminism never asks you to let go of the basic ethics, which include how you should not be hitting a woman or even a man for that matter.

The way men think hitting someone, that too in the public space needs to be discarded from the mindset. No, it does not show how powerful you are. Instead, it shows what a weak, coward human you are, to think you can hit someone who has done no harm to you.