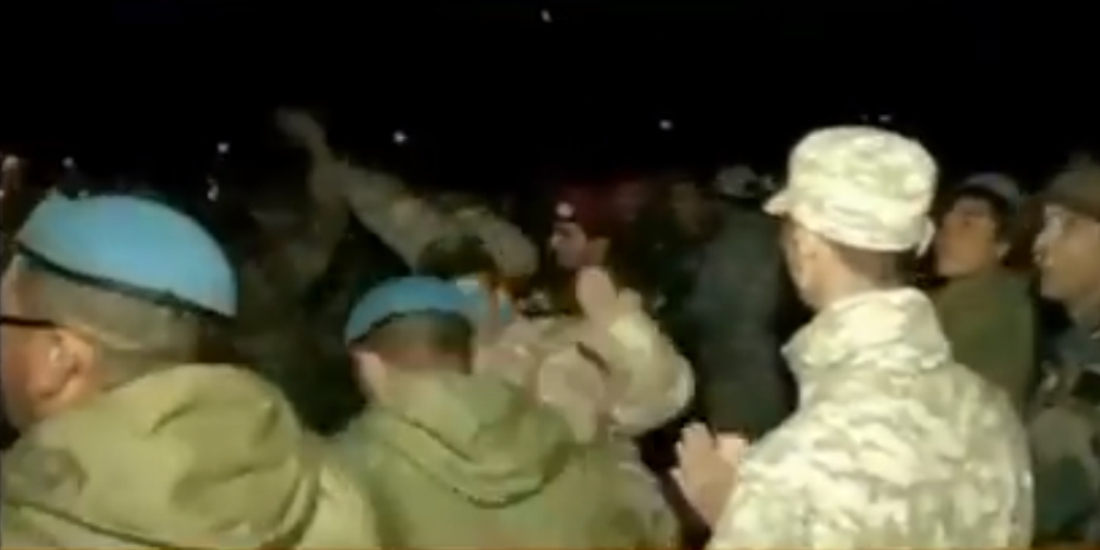 Pakistan and India are neighbouring countries. Ever since partition, the relationship between both countries has been rocky at best. There are conservatives and extremists on both sides which promote hate for the other country, leading to unnecessary aggression.

This video is going viral on social media. It’s from an Indian news channel and shows young people from both countries dancing together at a festival/concert in Russia. But they’re not just regular people- they belong to their country’s army!

Indian and Pakistani jawans dancing together in Russia is the best thing you'd see today. Those are some serious dance moves at the end ? pic.twitter.com/a4JrEeqB7d

It is a thing of wonder to see both armed forces dancing together so freely. They have some serious moves, too.

Hardly. Indians and their wives dancing and Paki's as usual eyeing them.

They looks so cute and innocent ? it's the Best thing..You know at I feel rather political talk between these two country they must organise these kind of cultural events between both army.I am sure then they will not fire any bullet but fire some new dance tunes n moves ?

That is actually not a bad idea. Without any threat of violence, I’m sure peace talks between the countries can go splendidly.

Jo baat hai. Good punjabi music is the perfect thing to dance to. It plays at both Pakistani and Indian wedding functions. Since the language is the same, music flows across the border like anything. Even non-Punjabi artists like Rahat Fateh Ali Khan and Kailash Kher are listened to in both countries.

We have an anti national Indian Army.

No, your army is not anti-national. Peace between Pakistan and India is good for both of them. No more violence, no more aggression. How is that bad for either country?

Nice to see. Wish the countries can move forward & repulse the vested interests who need conflict to maintain power.

This is so true. There will always be people who want you to be full of hate because it is of use to them. Mingling like this will show those people that nothing can go up when human beings want to spread love and kindness.

What is your opinion? Is it a good thing for people from the armed forces to interact like this? Let us know your opinion in the

5 Ways To Know If A Girl Is Interested In You But Trying To Hide It!
The Story of this Woman Who Lost her Son in 2009 Will Definitely Give You A Reality Check
To Top