These Guys Recreated #FollowMeTo In Thailand: The Results Were Hilarious! 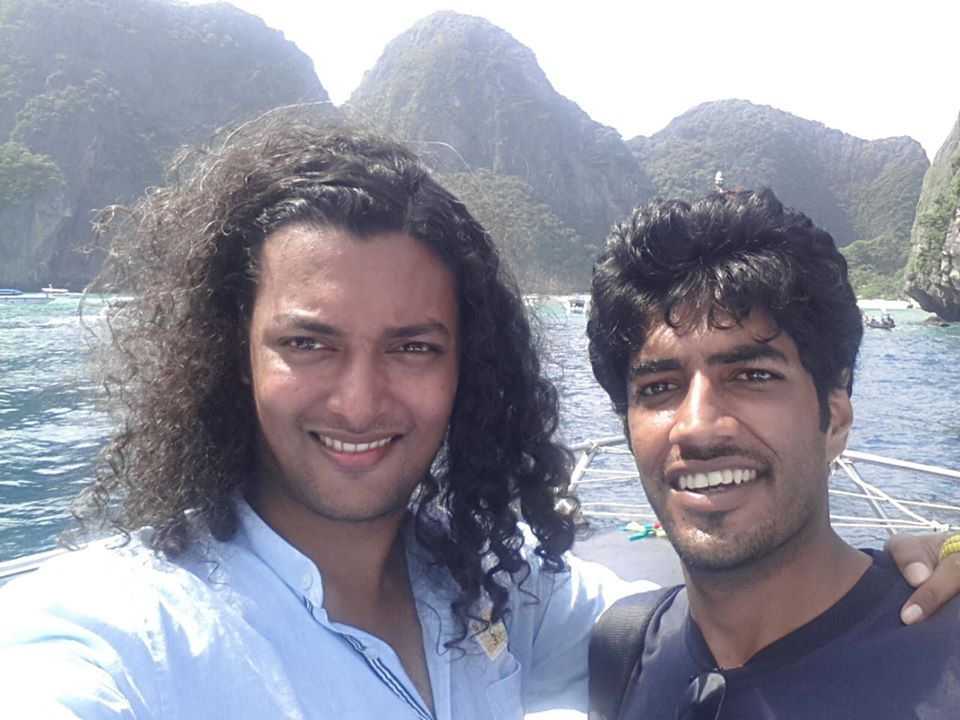 Much like actual hash, #FollowMeTo is a hashtag every millennial is familiar with. For the uninitiated, it is a series of pictures that document the many travels of Russian photographer Murad Osmann and his former girlfriend, now wife, Nataly Zakharova. What started as a simple photograph in 2011 has blossomed into an Instagram account followed by 4.3m people. 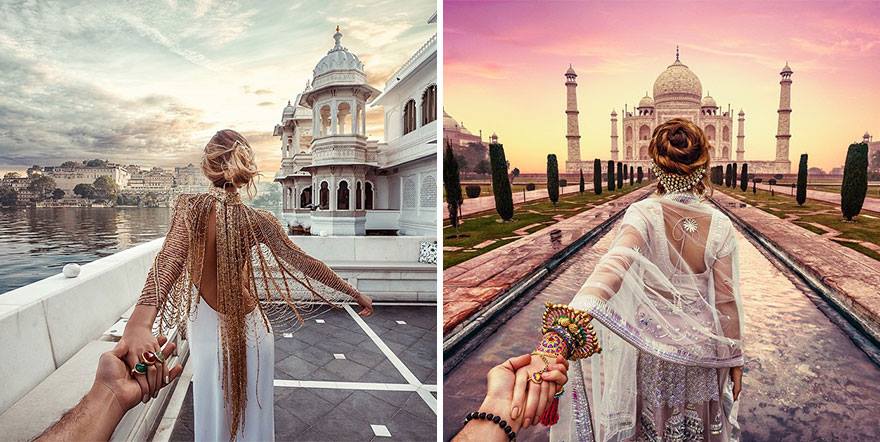 Netty Jetty Pull and Taj Mahal. The reader is cautioned to exercise sabr whilst exploring the account as it can cause spontaneous self-combustion by virtue of jealousy a.k.a hasd jallan, a phenomenon only otherwise apparent in the case of friends jin ke nana/dada 10 15 hazaar rupay eidi detay hain aur ap ke, aik karak 20 ka note.

Anyway, I decided to emulate Murad and Nataly’s modus operandi with my friend Zubair upon our trip to Thailand. Immediately there were difficulties. I initiated a good-natured gesture only to be smitten down by five prongs of indifferent damnation. The evidence is pictured here outside the Buddha Cave Temple, Wat Suwan Khuha, Takua Thung District, Phang-nga. 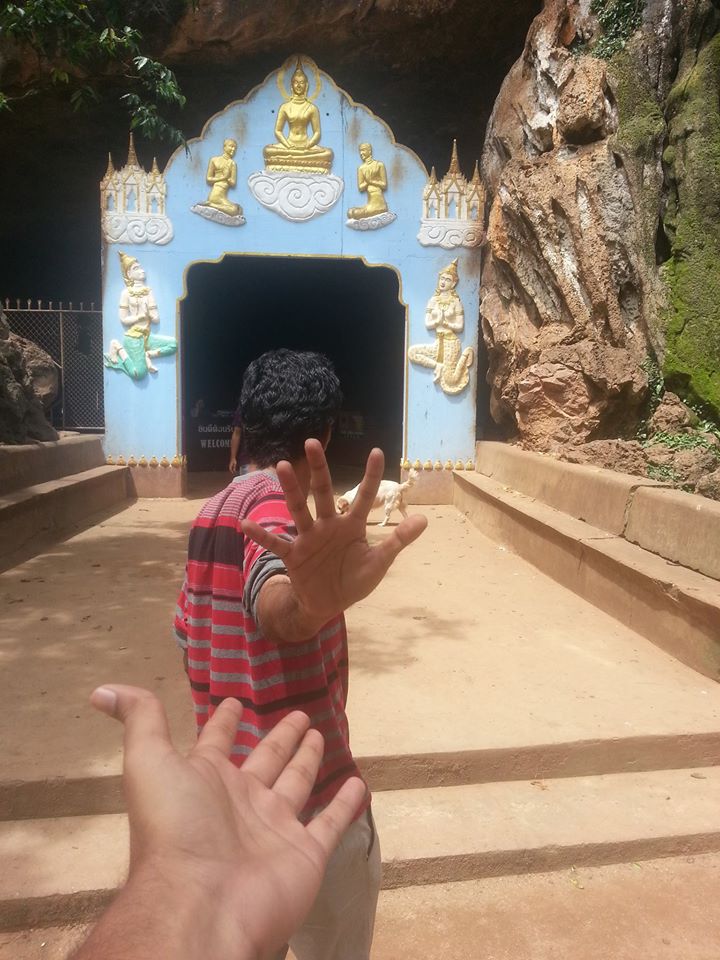 Undismayed, I hoped a change of location would win me his favor. Unfortunately that was not so. Or perhaps, the timing was unceremonious. The age-old adage stands that never interrupt a man scratching his ass. (Rumi – 10:21) 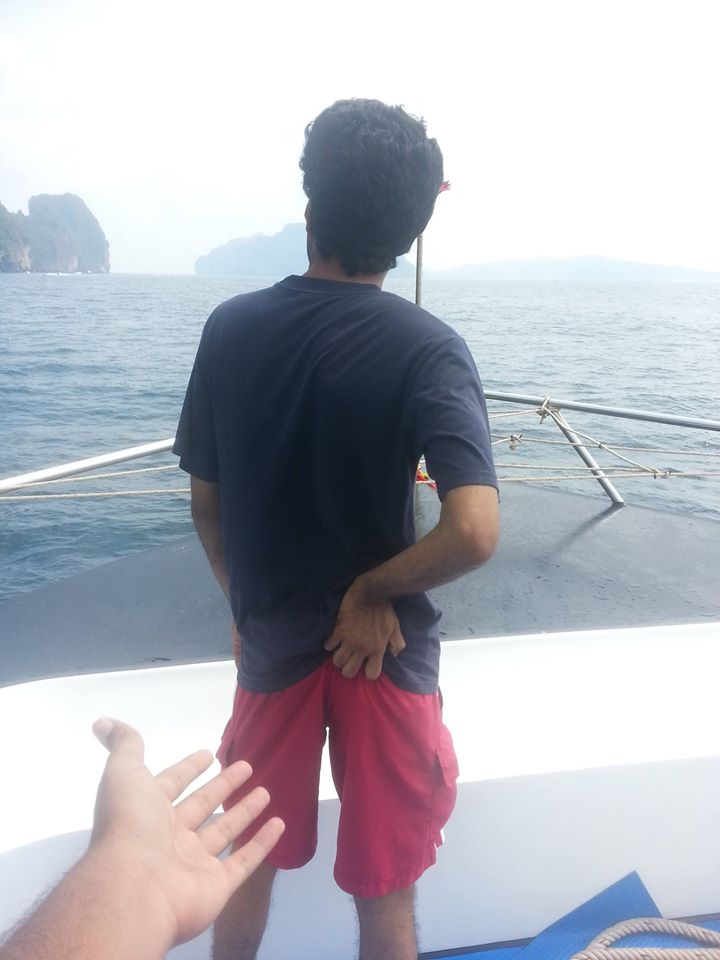 En route to Phi Phi Islands. Years of scratching Ufone cards have made Zubair a pro.

En route to Phi Phi Islands. Years of scratching Ufone cards have made Zubair a pro. However, in my mind, ice was broken for the first time at Chaweng Beach, Koh Samui. After a week of dismissing my advances, he held out his slippers to me, which, at that point was the equivalent of your crush texting hey with up to 3 y’s (heyyy). 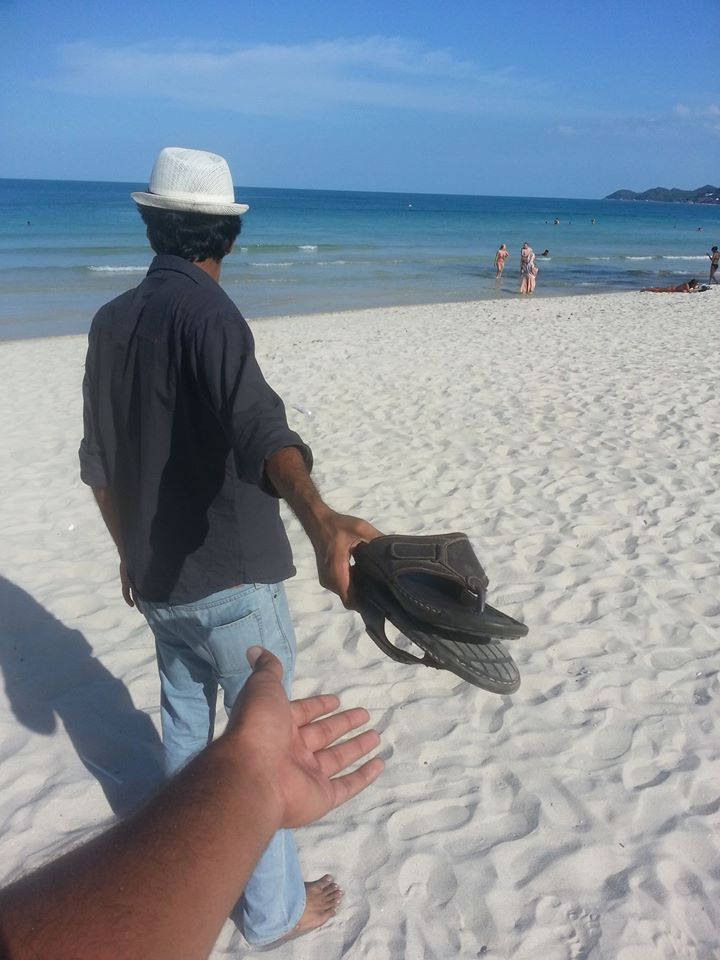 Chappal maar koola laal. Unfortunately, and through no fault of my own, we were back to square one at Na Muang Waterfall, Koh Samui. Perhaps the many kilometer long uphill trek undid any camaraderie that did manifest in the past few days.

Whatever it was this time, it was serious because he whipped out the good old kutti. Not texting back, I can take. Not sharing french fries, I can also take. But kutti? He might as well have sent me a Candy Crush request. 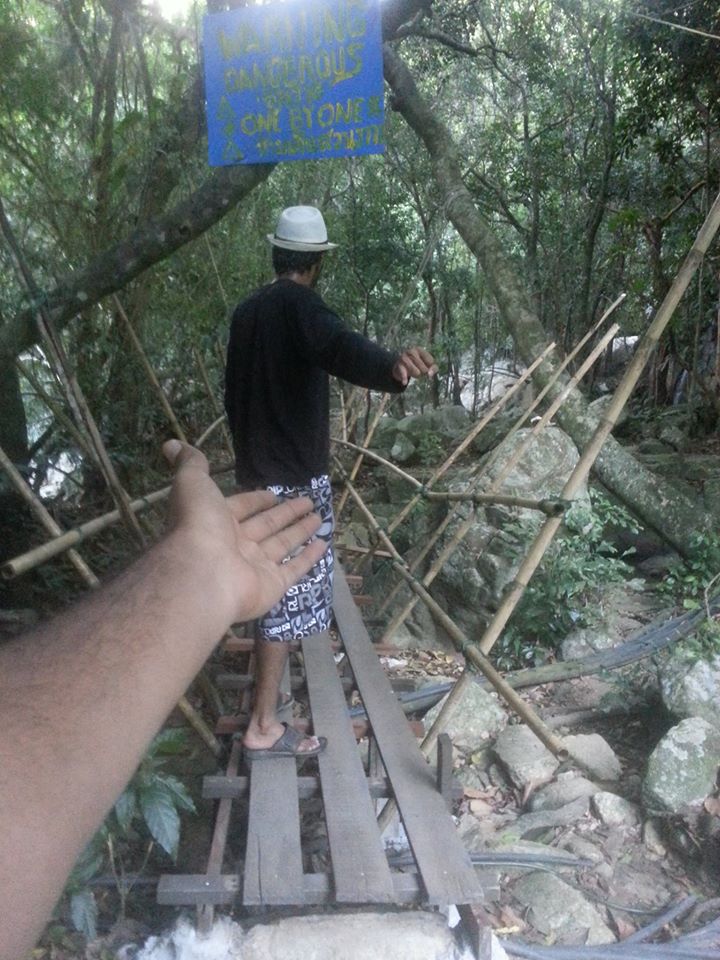 Much to my amazement, there was a light at the end of the tunnel, at a place coincidentally and aptly named the Sanctuary of Truth in Pattaya. About Pattaya it is said that, ‘Good boys go to heaven, bad boys go to Pattaya’. While we were bad boys within our right (unplugging USB without removing safely, not seedhi-ing an ulti chappal, fridge mein pani ki botal ko moon se laga lete hain), we did not appreciate being publicly called out on that. However, enabling my dear friends’ smoking habit was very much bad, yet, at this point, I had little choice but to oblige when he held out a branch. 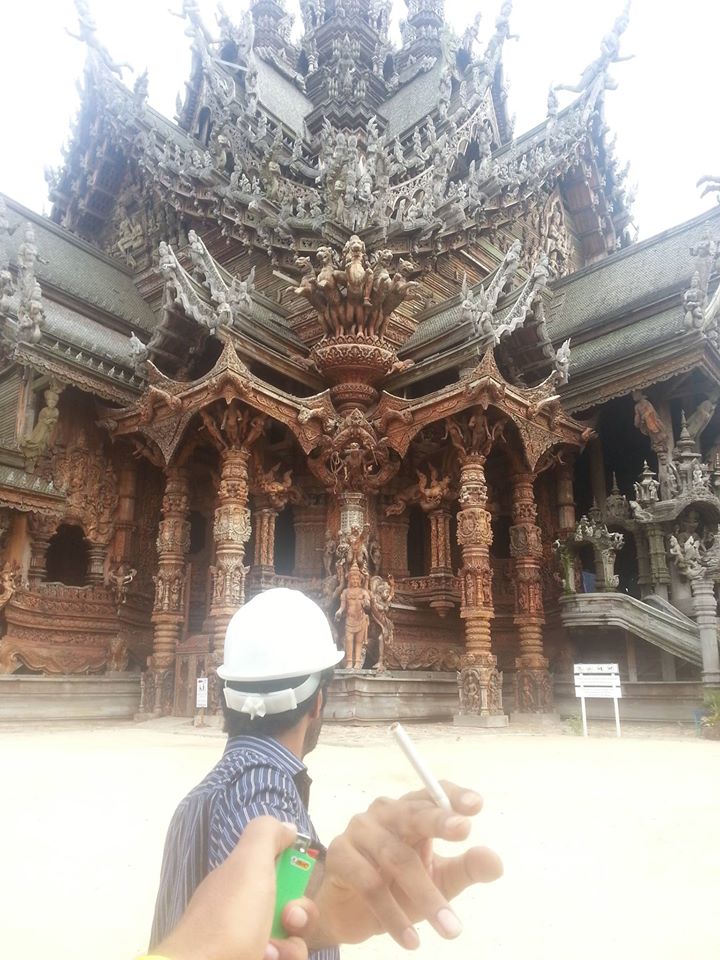 This place was quite incredible.

Alas, my perseverance paid off and the bonds of friendship between Zubair and I were reinstated once again, just as we were leaving Bangkok for Karachi. His ill-humor was borne out of my negligence. I had forgotten to wish him Happy Birthday. However, like any good friend, I reminded him how he was adopted and no clear records of his birth existed 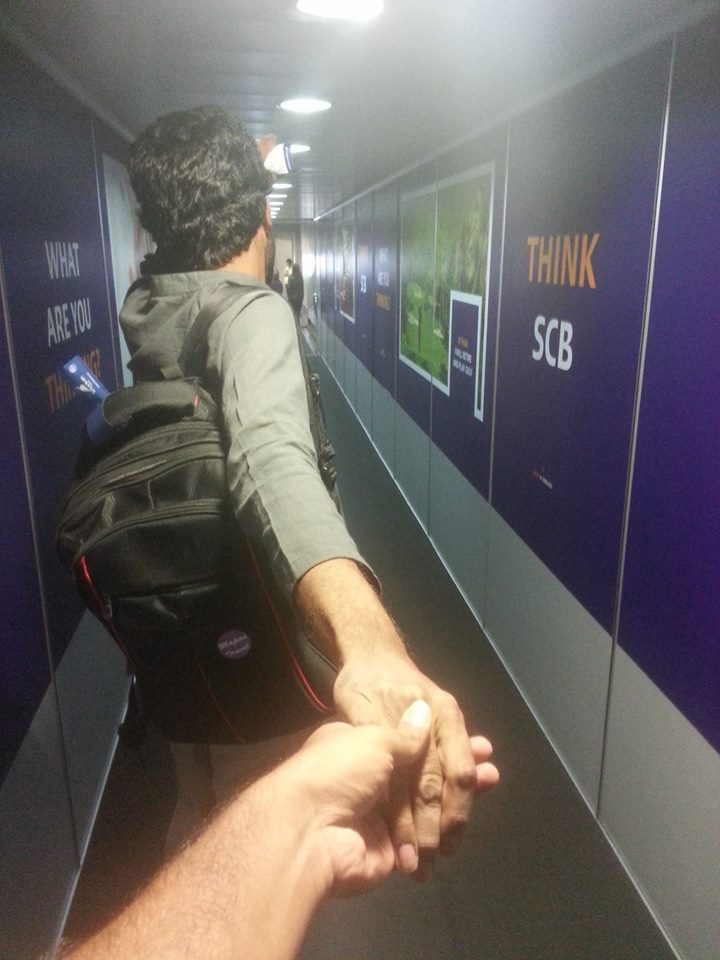 Over here SCB stands for Siam Commercial Bank. Wow this article is funny AND informative!

After everything we’ve been through, I think this picture sums up our friendship the best. That is, kaalay log dhoop mein ja kar aur kaalay ho jatay hain.

Step Aside, Baadshah Pehalwan Khan. It’s Mustafa Ali’s Turn To Join The WWE!
All Hail Our Security Forces! After 29 days, Awais Shah Has Been Rescued
To Top