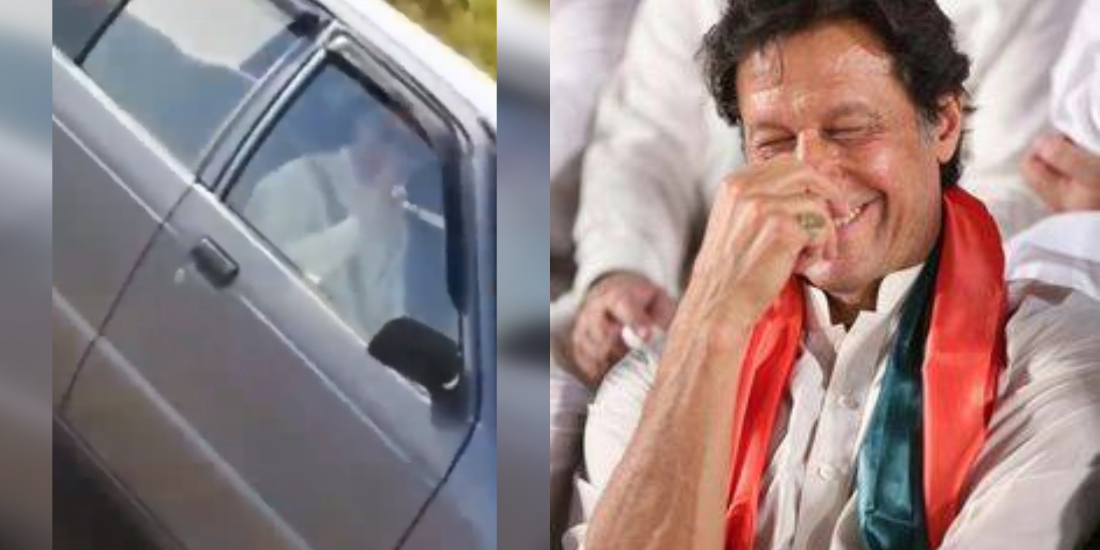 Half the time people were crazy about Imran Khan because he’s the sanest, educated and not to forget the most handsome as well! After he was appointed as the PM of Pakistan, a vast majority of people who supported him by voting for him or by just showing support who live overseas.

Just before elections, the internet went crazy over the love that was being poured for him. So, finally for the first Imran Khan became the Prime Minister of Pakistan. The newfound government is yet to bring the “Naya Pakistan” that they promised the people.

Amongst his admirers; a vast is of girls. And there is no question about why are they CRAZY about him!

So, these girls caught Imran Khan riding in his Mehran and couldn’t handle themselves! They started shouting at him, to get his attention and they finally got it.

He actually waved at them!!!!!

Well, okay boyssss. This ain’t Imran Khan, you have trust this fact! Just because he denied the luxuries of a PM and is not living in PM house doesn’t mean that he’d be driving Mehran. Come on!

But, oh well! The guy enjoyed his sweet time. Even if by mistake; who would love being mistaken as Imran Khan and enjoy all the girl’s attention. Great luck mayyynnn! Cheers. 😉