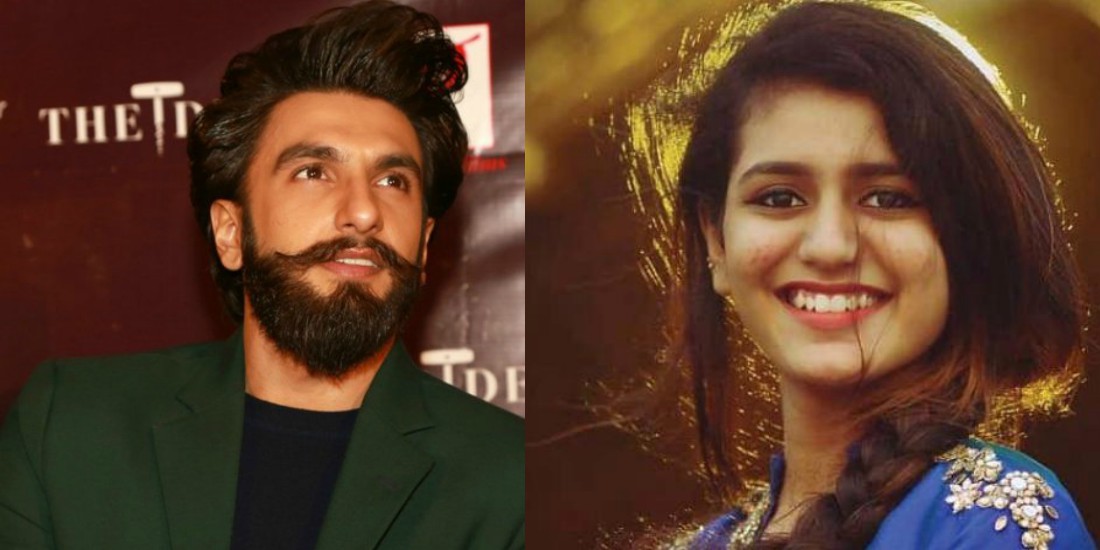 The internet sensation Priya Prakash Varrier; also known as the wink girl. Priya got fame overnight for the video she appeared in which was a movie scene. First, the video clip got famous and then later, the memes. Priya mentioned in a recent interview that she’s a big fan of Ranvir Singh and it seems like her dream is about get true as the rumors had that she is ready to make her debut in Bollywood that too with Ranvir Singh.

Priya is set to pair with Ranvir in a Rohit Shetty film called Simba. The film is directed by Rohit and co-produced by Karan Johar’s Dharma Production. A source quote that:

“The girl’s role is not so big in the film. But Priya has become an overnight craze with the wink of an eye. Bollywood is interested in her. And who better equipped to consolidate Priya’s supremacy in the virtual world in the arena of cinema than Karan Johar?”

Priya is just 18-years-old and is all set to bring the fire to Bollywood. If the rumor turns out to be true it won’t be the first time Rohit is casting a south Indian actress. In Singham, he featured Kajal Aggarwal, who too, is a south Indian actress. Ranvir who is playing a cop, Inspector Sangram Bhalerao, which is said to be the remake of Jr NTR-starrer.

“We have bought the rights of Temper but our film is not exactly a remake. We wanted to take four-five scenes from Temper but we thought it’s better to buy the rights. It’s what we did with Singham,”

Do you guys have anything to add to the story? Any fans here of Ranvir or Priya? Raise your hand let us know.