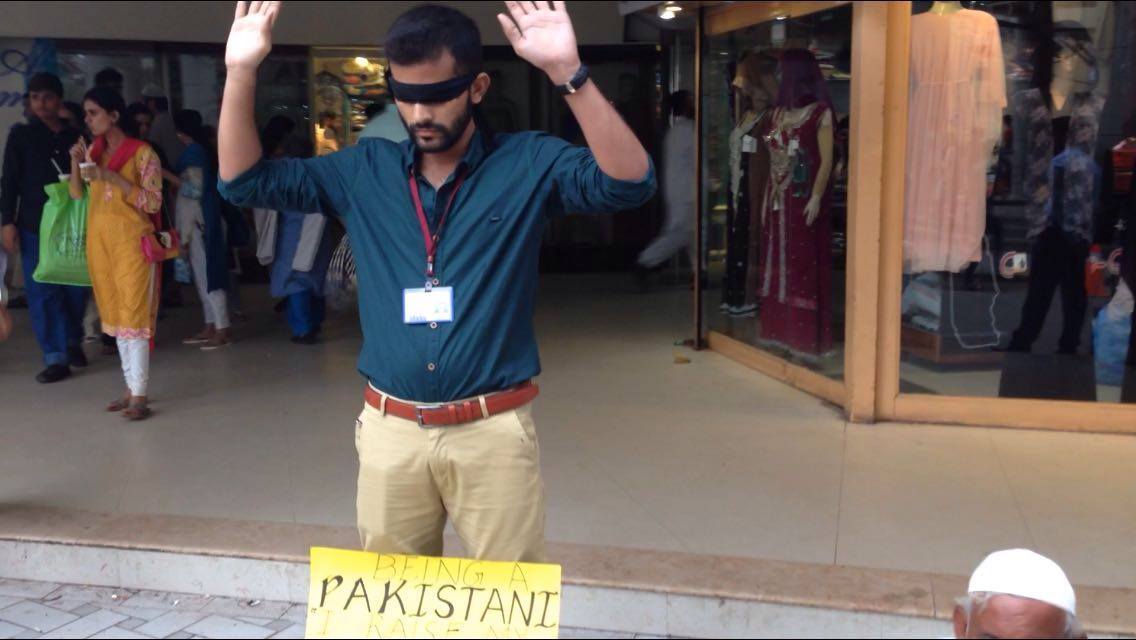 Being a Muslim, we somehow still feel the pain of our Muslim brothers suffering at Kashmir, Iraq, Burma, Syria and other territories which are forcefully occupied by others. After the brutal assassination of Burhan Wani – the chief commander of Hizbul Mujahideen, and upheaval in killing of other Kashmiris, the series of protests has been longed for till today. 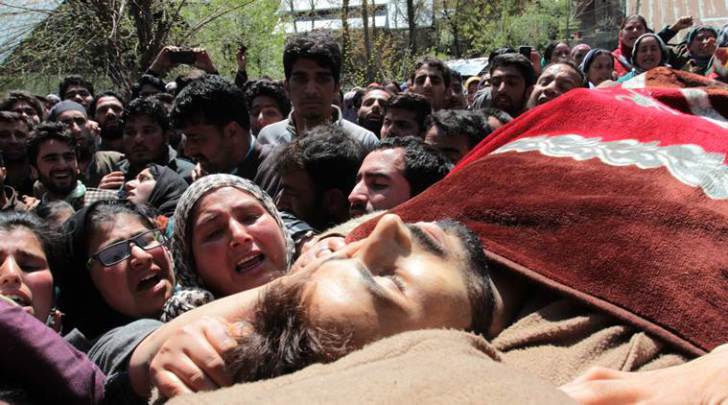 To express solidarity with Kashmiris, Uzair Khan stood at Tariq Road for about 5 hours. He raised his both hands, blindfolded, with pictures of Kashmiris displayed on a card sheet at his back he recorded his protest in a unique way. According to his post on Facebook,

Being a PAKISTANI “I raised my hands in Prayer for the Muslims of KASHMIR and the rest of the world”.
Please share this post as much as you can for our KASHMIRI BROTHERS AND SISTERS. ‪#‎PeaceIsBeautiful‬ ‪#‎30thJuly2K16‬

Uzair Khan is not the only one, many others have also shown the solidarity in a possible new way. After the attacks at Pulse Nightclub Gay Orlando, more than 200 Muslims gathered near the club to mark the protest, they break their fast there and prayed for the victims. A Jewish girl kept fast in solidarity with Muslims this Ramadan.

These protests might not be that effective or visible as a little effort against giant evils, but do remember the Martins- Ababeel which crushed the troops of Abraha who came to demolish the Holy Kaba. Sometimes the impressions of little things are long lasting.

Dear Society: Stop Treating People That Are Intersex As Transgender
Why PTI Is Right To Call For A Ban On Doraemon
To Top