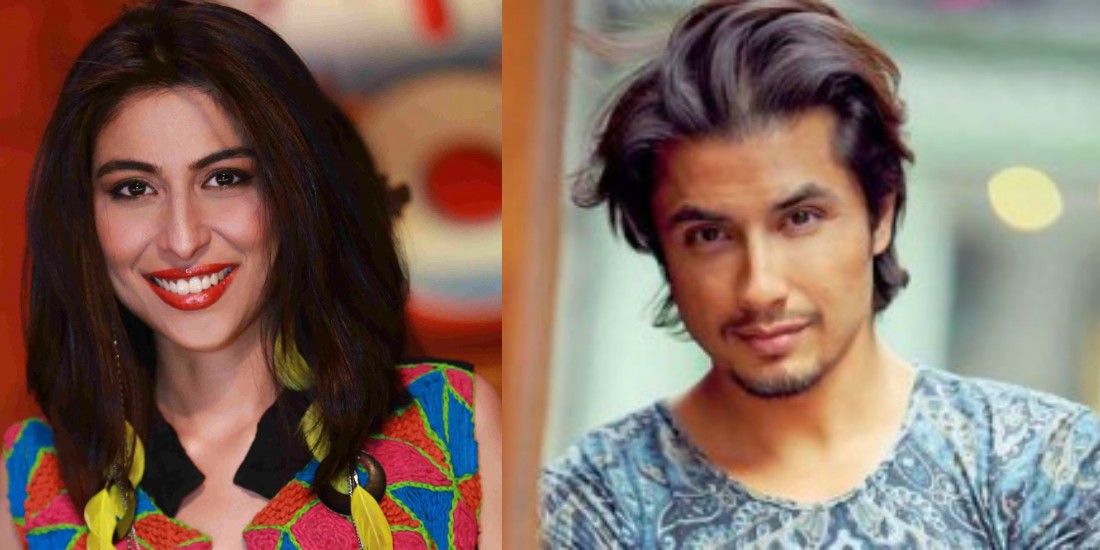 The popular topic which has taken the internet by fire from yesterday. Meesha Shafi accused Ali Zafar of harassing her. That too on multiple accounts. They both have worked together on many projects. Meesha wrote a note in which she said that it is really difficult to come out in public to talk about the harassment.

With Meesha coming out in public many other girls opened about their experiences with Ali Zafar too!

Thank you @itsmeeshashafi for your courage and your bravery. It’s never easy. But that should never silence us. I am in total solidarity with you. You are not alone in this because #Metoo #TimesUp #WeBelieveYou pic.twitter.com/hkQ61bqnFH

After all these confession and allegation on Ali Zafar that these women made, many people on twitter had pretty mixed reviews about it. Some supported Meesha and others abused her!

I mean who wants to be in the limelight and be abused by countless men and women who have internalized patriarchy? Meesha Shafi doesn't owe any explanation to anybody but shes doing the rest of us a favour by warning us of Ali Zafar's behavior #MeeshaShafi #MeToo #AliZafar

Remember that #MeeshaShafi could tell her story because she is privileged in certain ways: she's married, has strong family support, is an established artist.

If it's difficult for her to speak out imagine what a younger, greener artist has to face?

Well, does it implies that women should get used to it??

It’s plain stupid to ask for evidence of such incidents

An ijtimai lanat for people asking for evidence of sexual harassment. Do you think women would take pictures of men groping them? Do you even know the trauma you get struck with at that time? This is why women don't speak up! #MeeshaShafi #Metoo

Nobody has any rights!

Listen! Wether I'm walking around naked or fully clothed. No Man has the right to touch or sexually harass me.
It's simple, don't touch her if she doesn't wanna be touched.
Don't comment on her appearance unless she invites you to or she's your bud.
Not hard is it?#MeeshaShafi

Let’s see where it ends

The face of the entertainment industry is so cosmetic. #AliZafar is not only popular/successful, he's been regular star for ages. We've all known him since Kollege Jeans. #MeeshaShafi has taken on a giant. Let's see if this sparks a big movement for us. #MeToo

No women should be silenced

Men get away with sexual harassment in a culture of silence, where women are blamed for being treated inappropriately & for speaking up about said harassment. We have to change our culture, believe & support women brave enough to speak up. Enough. #MeToo #meeshashafi #AliZafar

People who are posting #MeeshaShafi's pictures in revealing clothes and trying to justify sexual harassment are very sick people. You can not touch a woman without her consent whether she is your wife, girlfriend or a prostitute.

People all around the world have a very different take on this topic. She came out in public to talk about her bad experiences, though she doesn’t owe any explanation. Since after Meesha’s explanation Ali Zafar wrote that this case should be solved professionally rather in any other way.

More and More Women Are Coming Forward With Their Alleged Experiences with Ali Zafar
This Actress Was Almost Kidnapped By A Private Cab’s Rogue Driver And She Wants Other Women To Know About It!
To Top