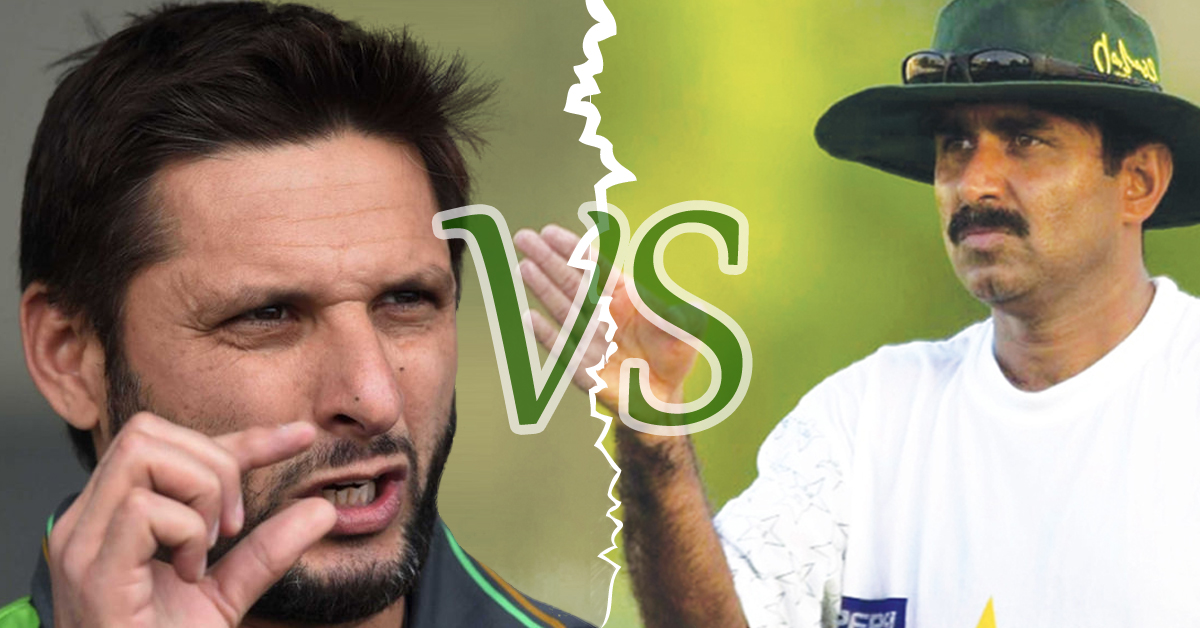 Pakistan, a country where cricket and cricketers are worshipped, is home to the kind of people who want to make a name for themselves and the country on the international sporting stage. However, the recent spat between legends of Pakistan cricket, Shahid Afridi and Javed Miandad has left Pakistan’s sporting community absolutely speechless.

Shahid Afridi, one of the most famous cricketers in the world, loved for his emphatic slogging and grass-cutting spin, is on the edge of retirement. Afridi wanted a farewell game before he retired permanently. The spat began when another legend of Pakistan cricket, Javed Miandad, famous for that particular Sharjah 6 and his batting temperament, said that Afridi wanted a farewell game because of ‘money’. 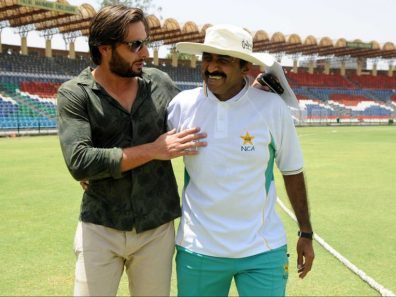 The ever outspoken Afridi was not sitting quiet at the jab taken by Miandad. Afridi, while speaking to a press conference, spoke very openly, stating that “money has always been the issue for Javed Miandad!” Further adding that he did not care if he got a farewell game or not, a legend like Miandad  should not be passing such ‘irresponsible’ comments.

The war of words did not stop there. It was Miandad’s turn to hit Afridi below the belt again. Speaking to a local tv channel, Javed Miandad said that Afridi had ‘fixed matches’ and ‘sold Pakistan team’ on many occasions. Miandad also alleged the whole cricket team for fixing matches, while clearing his own name saying that had he wanted to work for money, he would have never left the cricket team.

The battle between the cricketing legends has shocked the cricket fanatics of Pakistan. It is pertinent to add here that over the years, Pakistan cricket has suffered at the hands of allegations and proven cheating. It does not suit two veterans and celebrities of the game to pass such remarks at each other or about Pakistan cricket. 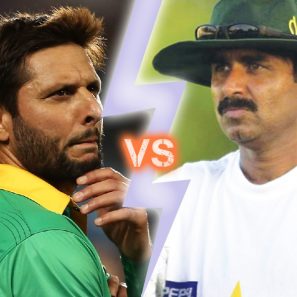 However, since the incident, Shahid Afridi has apologized to Miandad, saying he regretted what he had said to his senior.

This is how Pakistani cricket fans reacted to Afridi vs Miandad

PSL 2 should start with a Ladder Match between Afridi & Miandad.

Shahid Afridi is badmouthing Javed Miandad & praising Imran. Miandad was getting help of Babar Ghauri to help Imran. All deserve each other

Imagine comparing Miandad's last ball 6 with Afridi's two 6's. The former scarred a generation of Indian cricketers. The latter was a fluke.

I don't know either these allegations made my Miandad on Afridi r fake or not but it was unethical. If you've personal grudges sort it out.

All Pakistani fans can now hope for is that the harsh exchange of words and allegations does not linger. While the team’s recent performances in England and against West Indies have lightened the mood up for Pakistan Super League’s second edition, this spat is surely serving as a fly in ointment.

Top 10 Signs That You Are A Person With Anxiety
Imam Hussain (A.S)’s Sacrifice Inspired World Leaders Like Napoleon And Gandhi
To Top