The Video Circulating Of The "Half Burger" Taking Public Transport 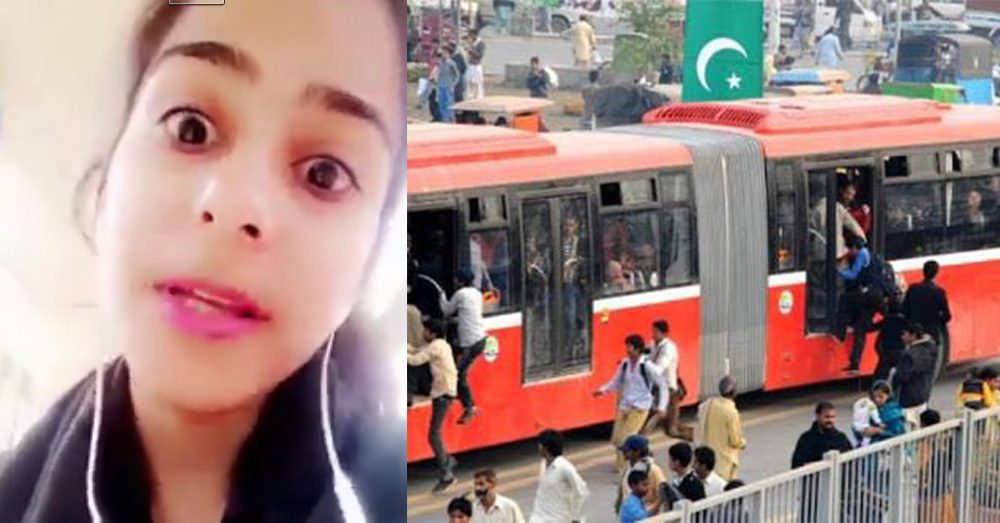 These days a viral video has been formulating around Facebook. This teenager used Snapchat as a platform to critically assess her first experience of Public Transport.

The video at first did prove to be hilarious, and honestly, someone labeling herself as a half burger was quite intriguing. But, it all took a drastically disappointing turn with her opinion on Pakistani feminists.

Firstly, I have never heard of Pakistani women protesting or chanting slogans of desiring to be naked. Also, it is uncanny of such a privileged child to understand the importance of equal rights for women in Pakistan.

Traveling in public transport for the first time that too in an *airconditioned* bus clearly does not equate the struggles of women constantly facing harassment in poorly maintained buses for years.

Quite ironically,  this child was unable to fully grasp how conditioned her opinions are. As if being told to use dupatta as a weapon is sadly quite self-explanatory enough, she was fully and utterly convinced that covering up and shutting up and * just doing it* solves all problems.

No honey, no. It doesn’t get fully clad burqa women protection from sexual harassment, it doesn’t stop stalking, staring, or even catcalling. It doesn’t make unprivileged women unlike you and me, get the same chances of attaining freedom.

Women are suppressed, we live in a patriarchal, and unequal country. Yes, things are processing towards change,  doesn’t mean feminism has no value anymore. Simple enough,  being privileged and not experiencing it for yourself doesn’t make a problem non-existent.

If you aren’t, then stand up for those who are oppressed and mistreated. THATS how we can change.

“Oh Look! Diapers For You Aapi!” – Is Menstruation Really Something To Be Made Fun Of?
Ali Zafar Wrote An Open Letter To Event Organizers Which Proves That He Loves His Fans A LOT!
To Top