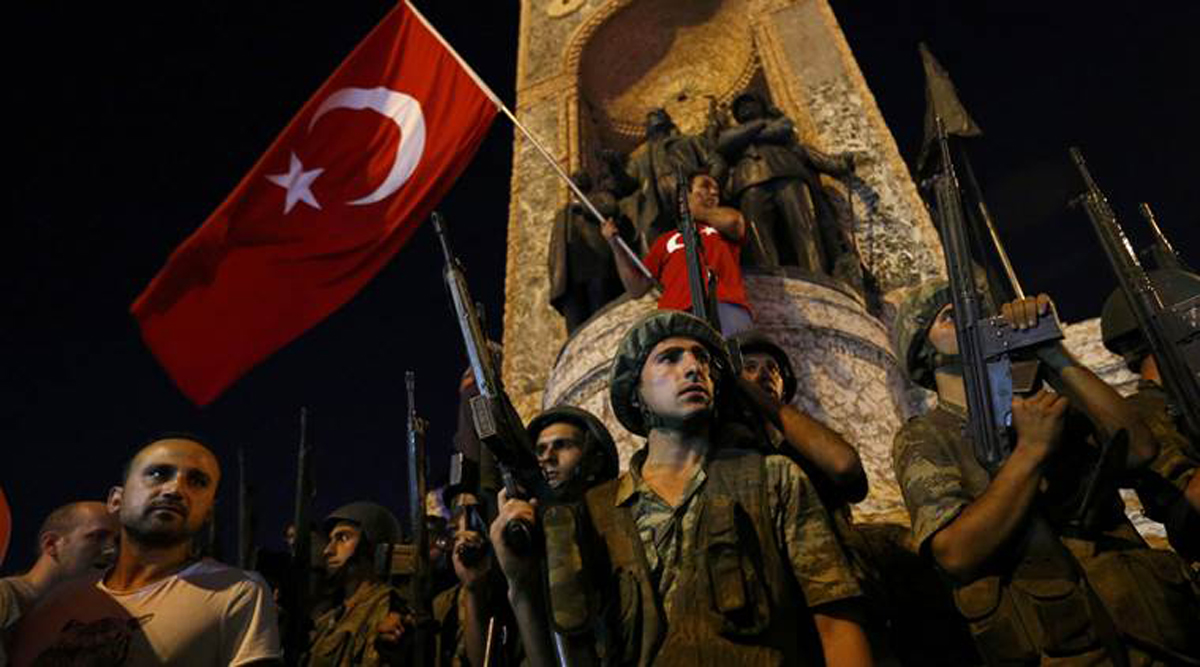 Turkey has faced staged coups before, but this time it was different. The Turkish military mounted a coup attempting to take control of the country. Security forces blocked two bridges in Istanbul separating two parts of the country. But Turkish president Erdogan and people didn’t stay back. It was chaotic as over 60 people got killed, and around 300 arrested, reported attacks on Turkish parliament and military helicopters firing at civilians.

But President Erdogan issued a defiant message in a FaceTime call to NTV on his iPhone. The coup was a failure, he declared, and his government remained in charge. He called on his followers to rally in the city squares and to flood the streets to confront the coup plotters.

The people refused to give up democracy and were ready to die for it.

The realize that the worst democracy is better than dictatorship.

Political differences were kept aside.

Yes, not everyone supported the current government, but what they supported was a proper democratic rule. The didn’t let someone take over their country without their consent.

I protested erdoğan during gezi. I was tear gassed by his police. I think akp is trash. but I support them against a fascist military coup.

Where else would you see soldiers being arrested?

But it happened in Turkey.

The unarmed people confronted the army without any fear.

The people didn’t care about their life. Went unarmed to stop military tanks but respect to the army for not attacking innocent people.

Respect to the unarmed people who confronted the army. And respect to the army who didnt fire at the people. #Turkey pic.twitter.com/zM7kj5ayKK

Some powerful images were seen.

Disarming the army. Turkish people have had history with martial laws but this time they were not bowing down.

Stunning images of #TurkishCoup perpetrators being forcefully disarmed by the public in #Turkey. pic.twitter.com/Y0afcY3UUx

The support for Turkish president was unreal.

Civilians gather in support of Erdogan and the sitting government again the #TurkishCoup. pic.twitter.com/HPiRMLxqQi

Even the cats sided with the police against army.

Local cat sides with police vs the #TurkishCoup perpetrators in #Turkey. pic.twitter.com/luj5uxCYLl

And it wasn’t only the men who were out saving their country.

The courage shown by women was commendable.

A warning to the #TurkishCoup perpetrators, moms have taken to the street. pic.twitter.com/mnrfLvT4cZ

The coup was declared a failure early morning.

Maybe Pakistan has a thing or two to learn from Turkey.  Because apparently all we go out on the streets is for:

Qandeel Baloch Killed By Her Brother In Multan
This Pakistani Singer Amazed Britishers with his Spectacular Video!
To Top