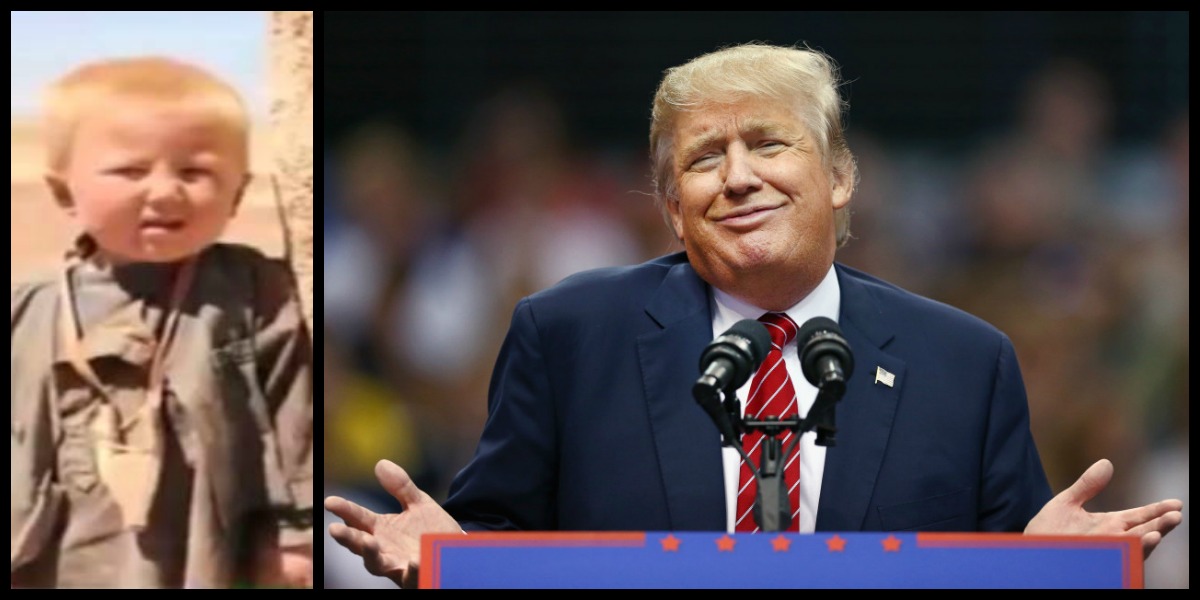 Only mainstream Pakistani news media can take internet memes seriously. This Pakistani media was the one that overhyped Taher Shah, had him on their platforms, ridiculed him in front of the entire world for a few rating points and then discarded him.

It was the same media that talked about Qandeel Baloch that led to her death. Pakistani news media can sometimes be extremely naive or manipulative.

In a recent attempt to cash in some more rating points, a local news channel ran news based on a solid foundation of research; internet memes. It was reported far and wide that the US President-elect; Donald J. Trump was born in Pakistan!

Not only that but after his birthing parents died in a car crash, a British-Indian army captain took him to London where he was later adopted by the Trump family.

If this doesn’t sound embarrassing enough, the international news media site “Dailymail” reported on the report by the Pakistani news channel and made it the laughing stock of the internet.

The truth has come out since then

Turns out, a Pulitzer award winner journalist by the name of Massoud Hossaini was the person who took the photograph.

Some of Pakistani media use a photo taken by myself to prove that #Trumps is originally from #Pakistan!!!! This is a joke!?

it's really stupid journalism! I took that pic in Samangan pro #Afghanistan after an earthquake!

With Facebook and Google now joining hands to end hoax news, what will be the fallout for news mediums like these?

Facebook and Google recently announced a war against fake news websites. With things in check like this, what should be the natural end for such news mediums that run unauthentic news pieces purposefully?