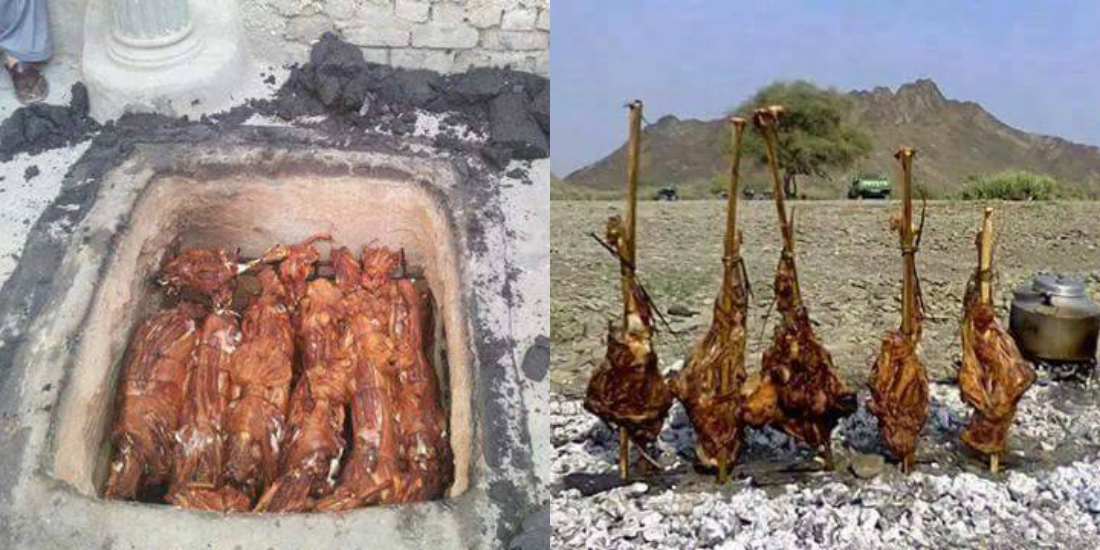 One of the most hurtful aspects of being a Pakistani comes when you ask people about Baluchistan and they are absolutely blank, for every question you ask. If you ask a Pakistani about famous dishes from Punjab or Sindh, they’ll have a fair idea – but if asked about Baluchistan, well, you can expect some blank faces. We consider it our duty to talk about the unknown…

Here are some of the most mouth-watering, traditional and cultural food delicacies of Baluchistan.

1. Kaak or Kurnoo – Lumps of wheat wrapped around a rock and cooked around fire. This roti is to be eaten with freshly cooked meat like Sajji or Dampukht 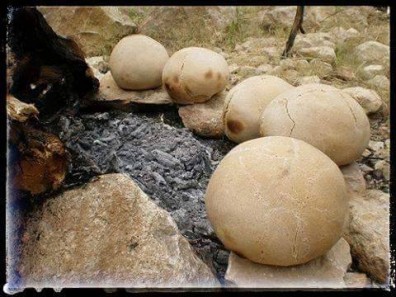 2. Khrud – Khrud is used in a number of dishes in Balochistan, usually with Tereeth. It is actually dry salty yogurt, used to salt up dishes 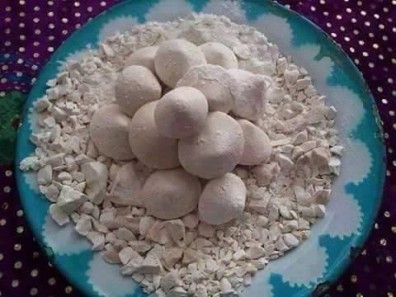 3. Abgoosht – Abgoosht is a lamb stew, usually made by Iranian or Kurdish descendants in Baluchistan. The stew contains other mashed items like beans, kidney and liver 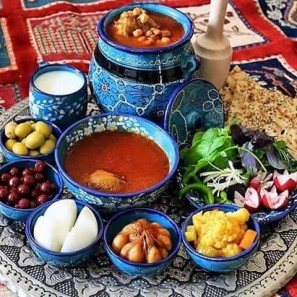 4. Dumpukht – Dumpukht is actually another variety to the Sajji. A whole lamb is cooked around slow flames to give cooked the meat from the insides 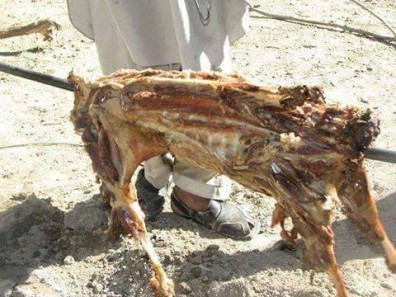 5. Chilaanch – Chilaanch is a two or three colored dessert item, made up of kheer and jelly. The fun bit is that it’s eaten with roti and onions 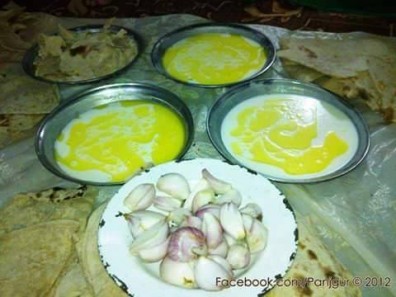 6. Sajji – Sajji is the only dish form Baluchistan that is famous around the country and the world. Pieces of lamb are cooked around fire for hours, till the meat gets crispy. The meat is only seasoned with pepper and salt 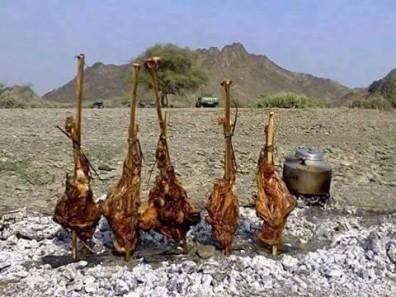 7. Roosh – Mutton Roosh comes from Pukthun belts of Baluchistan. One of the most famous food items, it is lamb joints served with yakhni, daal, bhindi and lassi 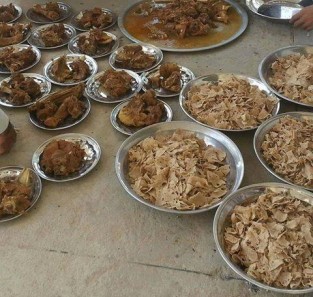 8. Laandhi – Laandhi is one of the rarest food items in Baluchistan. Laandhi is what you get after you preserve seasoned meat for over 5-6 months, so it dries itself out – then ready to be cooked with anything 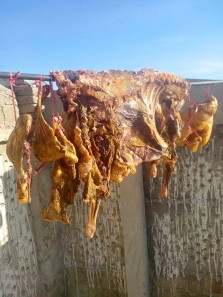 9. Khaddi Kabab – Khaddi kabab serves as another version of the very famous Baluchi Sajji. The whole lamb is stuffed inside the ground and covered while it cooks itself out 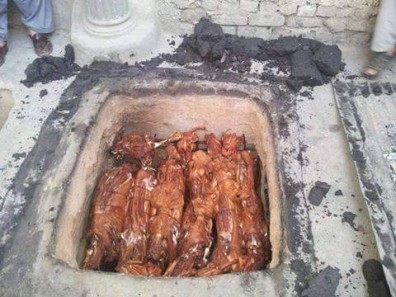 10. Tereeth – Tereeth can also be known to Sindhis as ‘Kutti Maani’. It is basically pieces of roti with any curry, mixed with Khrud 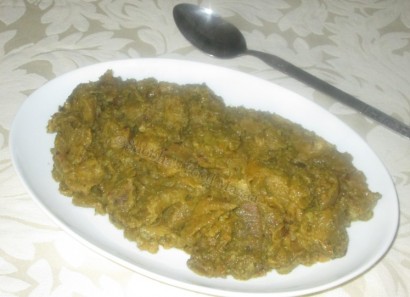 11. Kabuli Pulao – Kabuli Pulao was blessed to people of Baluchistan from Afghan refugees. This delicacy gives a sweet and spicy flavor to the very common pulao 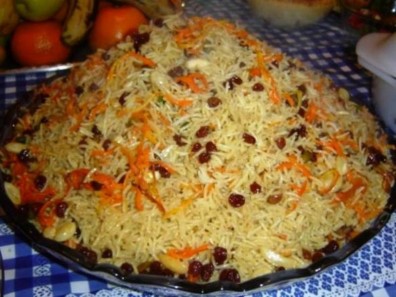 12. Fried fish – The Baluchi fish barbecue or better known as fish sajji comes from the Gwadar, Turbat region of Baluchistan. People prefer eating it with Kaak or Chawal ki roti 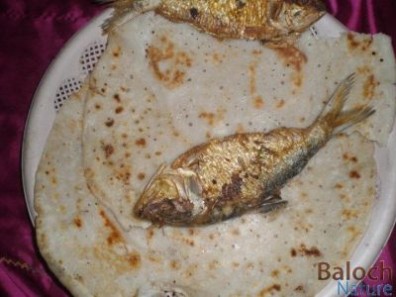 13. Butt o Maash – Butt o Maash is a very homely food item. It is made with mixing two different kinds of pulses – can either be made sweet or salty 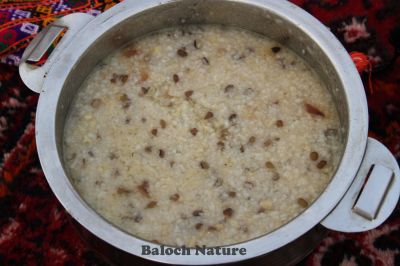 If you don’t plan on visiting Baluchistan to try these delicious food items, well, we’ve just given you the platform to cook these delicacies in your own home, just to share the essence of the forgotten province.

Some of the Most Beautiful Pakistan Vs. India Cricket Moments That Will Make You Smile
7 Things That Happen When You Have A Non-Muslim Best Friend!
To Top