The Star of Pakistan, Younis Khan is One Naughty Boy! 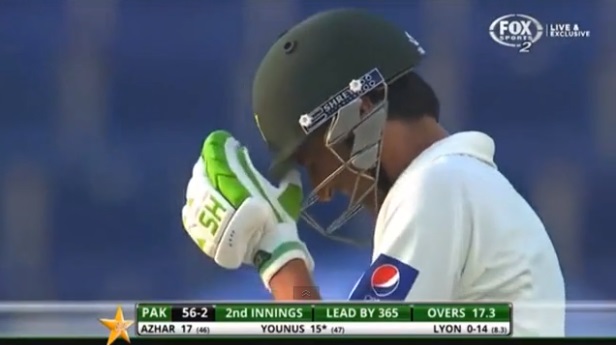 Younis Khan has been spotted harmlessly teasing the players and umpires on the field and remaining optimistic through out the matches. Younis Khan is one of the players of Pakistan cricket team who remain calm and composed no matter how tensed the situation of the match becomes. It was indeed a shame that Younis Khan’s talent was undermined and underestimated by the Pakistan Cricket Board (PCB) and he was not made a part of the one day cricket squad.

Even with all the politics and factors going against him, he managed to keep his composure and motivation level intact. With his exceptional performance in the recent test series against Australia, he gave a shut up call to everyone who doubted his talent. Now the world praises this super star and the general public of Pakistan is looking forward to seeing his as a part of Pakistan Cricket Team’s World cup 2015 squad. Younis Khan along with Misbah-ul-Haq have amazed the world with their tremendous performance in the recent test series against Australia which was held in Dubai.

This video captures one of the lighter moments in the world of cricket. During the test cricket match between Australia and Pakistan, Younis Khan shared a friendly moment with Australian cricket players Michael Clarke and David Warner. Check out this video to know how Younis Khan  made everyone on the field smile. Rest assured, this video will make you smile as well.

Nawaz Sharif K Shashkay In Washington!
Caño Cristales, the Most Colorful River Of The World! Watch The Video!
To Top