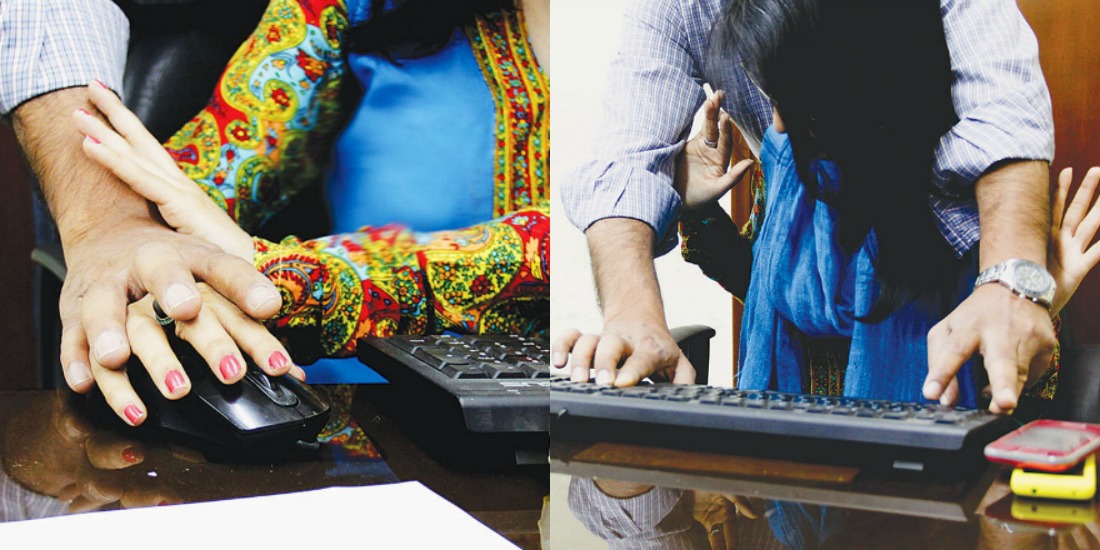 Pakistan, a country home to different races, classes and religions, is completely versatile in its entirety. From people working in the business cadre, public/private sector, government — to the armed forces of Pakistan. Over the last decade, sexual harassment of women in Pakistan has taken a turn for the worse.

According to the World Bank’s report in 2014, almost 23% of Pakistan’s population works in the private, public and corporate industries, with women concentrating around 2-3% of the entire totality. As per AASHA (Alliance Against Sexual Harassment), 68% of women continues to face the menace of sexual harassment.

Gender roles and its contribution to sexual harassment against women

Many women in Pakistan have been experiencing the taboo of heinous sexual harassment in one form or the other. Gender roles defined by a patriarchal society further aggravates the issues. These pre-defined gender roles authorise men (not all) to take advantage of women, without any provocation from the other side. Many women have faced unanticipated advances by their male counterparts, bosses and colleagues.

For the women, the definition of a male colleague is in the same category of a father, brother or friend — just as anywhere else in the world, until unless the case revolves around mutual liking and feelings. According to society’s perception, these women who get out of their house to work are already breaking a lingering stereotype of rights and society’s moral values and challenging the concept of ‘good housewives’.

These women are not dressed for such sexual advances, not demanding it and neither deserving of it. Since the male amour propre thinks of any verbal contact, a passed smile or a gentle handshake as their right to molest, the idea is forcefully accepted by the women proportion and most of the times, accepted in silence.

If the employer or the boss, of a particular woman being harassed, taps on her shoulder too often, gropes her shoulder or thinks appropriate of unethical touches, the woman perceives that if she speaks against it, she might lose her job and the way of bread-winning. It is pertinent to add here that these women are working because their families need them to, keeping aside the feminist approach of strength and individualism.

Action against sexual harassment and the rights of women in workplaces 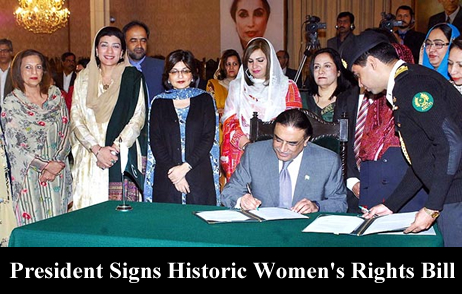 After the scourge of rising sexual harassment was recognised, especially in the metropolitan city of Karachi, the Pakistan People’s Party legislated and passed the ‘Protection against Harassment of Women at Workplace Act of 2010’, facing a large opposition from the religious cadres of Pakistan.

This Protection against Harassment Act defines the taboo as “Any unwelcome sexual advance, request for sexual favours or other verbal or written communication or physical conduct of a sexual nature or sexually demeaning attitudes, causing interference with work performance or creating an intimidating, hostile or offensive work environment, or the attempt to punish the complainant for refusal to comply with such a request or is made a condition for employment.”

This law also demands an internal code of conduct within the organisation that is catering women employees. This step in the right direction by concerned authorities has not been highlighted enough and demands more attention. Women working at these workplaces think they are bound to face this atrocity instead of feeling remorse over unemployment.

With the rising tide of feminism in Pakistan, it can be perceived that the future might be bright for working women, but as for now, darkness still hovers over married, unmarried, conservative and liberal women who work all over Pakistan.

After The Success Of Chaiwala, Here Are Some More Chaiwalay We Need To Think About
This “Conspiracy Theory” About #ChaiWala Will Make You Bang Your Head Against The Wall
To Top