The Ride-Hailing Wars And How Its Heating Up The Industry!

The modern times have opened literally a world of ease for us. From the discovery of the internet to its existence in almost every part of the world, connectivity now is not a problem. Newer avenues were explored when the concept of the smartphone was introduced. Today, almost all of the world completes its most complex tasks in a matter of mere seconds. The age of technology as we call it has indeed made the world a simpler place.

Pakistan like all the developing countries was slow to adapt to these advancements. However today the internet and smartphones have become an integral part of our lives. Pakistan has a distinction today as one of the emerging markets due to its size. Many organizations are now entering this once unexplored territory and the results are very fruitful. The rise of Smartphones has also given many services providing apps a huge boost. We all must have been familiar with the rise in the demand for ride-hailing services. 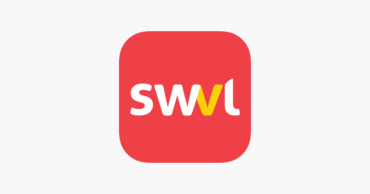 The rise in the popularity of ride-hailing services:

The ride-hailing industry was once dominated by the local rickshaws and the taxies. They used to run it like a monopoly, over the top fairs were charged for an inadequate ride. The bus service in this country is also in its dying stages. Overcrowded buses and little to no emphasis on safety had already endangered many lives. The introduction of ride-hailing services such as Uber and Careem came literally as life-changer for people who were suffering due to local transportation. They finally had a better option.

The boom of ride-hailing services and the intensity of their competition:

The idea of a ride-hailing service surely hit the bullseye. People were so fed up with the poor quality the local transport had. They welcomed this new offering with opened arms. in no time the use of the ride-hailing service became a norm. The introduction of newer brands into this industry only made matters more exciting. Newer brands such as SWVL and Airlift, now have entered into the market making the competition now tougher then it’s ever been.

And thus the Brand wars in the ride-hailing industry has begun:

Well, a market with a tough competition has always benefited the customer. The operations become more customer-centric as the prices are kept low. However, the brand wars in the Pakistani bus hailing service is giving us something extra. Entertainment!

Recently, SWVL had come up with a Shaadi campaign. Swvl recently launched a marketing campaign for Shaadi season by giving out customized promo-codes to couples. The couple with the highest usage of the promo was to win a honeymoon trip to Dubai. 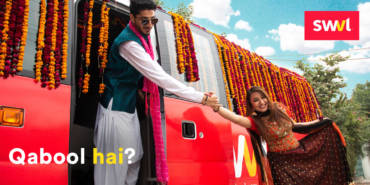 A great offer for the middle class as they are SWVL’s target base, anyone would have loved to make their honeymoon a memorable one. This, however, did not stop Careem to take a dig at the Bus-hailing service. In a campaign aimed at mocking SWVL, Careem disregarded their idea of going to a Shaadi on a bus. Terming it as a “Hassle” Careem instead offered an alternative, cars.

Judging by the nature of both of these types of ride-hailing services. One for cars (Careem) and other for Buses (SWVL) there is no doubt that these apps provide a world of ease for us. To our amusement, the brand wars have just gotten serious. And let’s see how SWVL responds. My word we couldn’t wait to see what response does SWVL has in its pockets.