The Return Of Turkish Dramas To Pakistani Screens!

This article was originally submitted by Mehwish Sheikh

After a day full of College/University assignments, household chores and carrying out office tasks who does not want a bit of laughter? Well, Turkish dramas are back to our television screens just to do that.

Previously there was an opposition against broadcasting Turkish series on Pakistani screens; even actor/producer Humayun Saeed passed a statement against airing Turkish content saying: “If such serials start running regularly there will be no audience for Pakistani content”.

In contrast to this statement nowadays the actor’s drama ‘Mere Pas Tum Ho’ is breaking records thus proving it is the concept and story that really matters and not whether it’s Turkish or Pakistani. 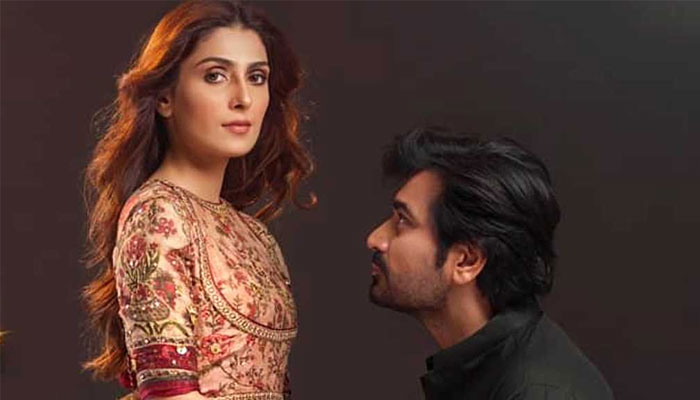 As I am a person who gets bored by the humdrum of life; I want a change and I am pretty sure others too.  We all are tired of the constant melodramatic portrayal of unjustified dowry demands, saas-bahu quarrels, harassment, extra-marital affairs and rape.

These issues exist in our society and should be addressed but the story writers are exaggerating things to the point where they become annoying. This is what I call exceptional story writing; the Turkish series ‘Hamari Kahani’ (Bizim Hikaye) highlights bad parenting without unnecessary drama.

An adaptation of the British series, ‘Shameless,’ the drama flawlessly represents the struggle of a family that is poverty-stricken.

Fiza the protagonist of the drama is compelled to look after her five younger siblings; Rahmet, Hikmet, Farrukh, Kiran, and Ismet. Even though their father Fakhri is alive, he is unwilling to take responsibility in the absence of their mother.

He is an alcoholic and often found in debt. Fiza and her siblings are having the time of their lives despite their troubles; and they believe in keeping each other happy. In between all these daily battles to make ends meet a charming, sturdy man Basit lands in Fiza’s life and things change for better.

Little did naïve Fiza know that the guy she is trusting with her heart is insincere about himself from the beginning; and that he doesn’t work as a valet but is a car thief. Whether she will forgive the man she loves or not once she finds out his reality that remains in question.

This drama is worth watching as it is enjoyed even by my father who is an octogenarian and who indulges in nothing but news and talk shows.

If you are looking for something lighthearted and willing to compromise on a story, then these two dramas will make your day.

‘Nazli (Seven Ne Yapmaz)’ is the story of an innocuous village girl. Her life turns upside down when a Casanova crosses her path. Ozan is sent to the village as a punishment by his father to his Aunt’s house. As soon as his gaze lands on the young lass he is lost in a trance and develops feelings for Nazli.

The villagers find out about their love affair and he is made to wed her but Ozan rushes back to the city; as his family has gone bankrupt and his father has made run from the situation. Confused Nazli arrives in Istanbul only to find the love of her life flirting with another girl.

Keen to avenge she impersonates as Madam Sanam and takes over Ozan’s family business; and makes him do demeaning tasks at his own office. With time Ozan gets to know that Madam Sanam is a nice lady and he starts admiring her as well. The drama will get more entertaining when Ozan learns that both the women he is attracted to are not doppelgangers but the same person.

You all must’ve heard of office romance; this is a new take presenting hospital romance in ‘Emergency! Pyar’ (Acil Ask Araniyor).

Silly troublemaker Dr Naina after crashing the car of a stranger Dr Sinan, unfortunately, moves next door to his apartment. On her joining day at the hospital, she discovers that she’ll be working as an assistant; to the same doctor she dropped coffee on; and by sheer coincidence, it is the same guy who lives next door.

Dramas are indeed an excellent way of getting to know other countries and their cultures. With a broader category of programs to select from it remains at the viewer’s end what to watch.

Iran’s IRGC Targets Two US Military Bases In Iraq To Avenge Soleimani!
This Girl Advises Individuals To Refrain From Being Overconfident!
To Top