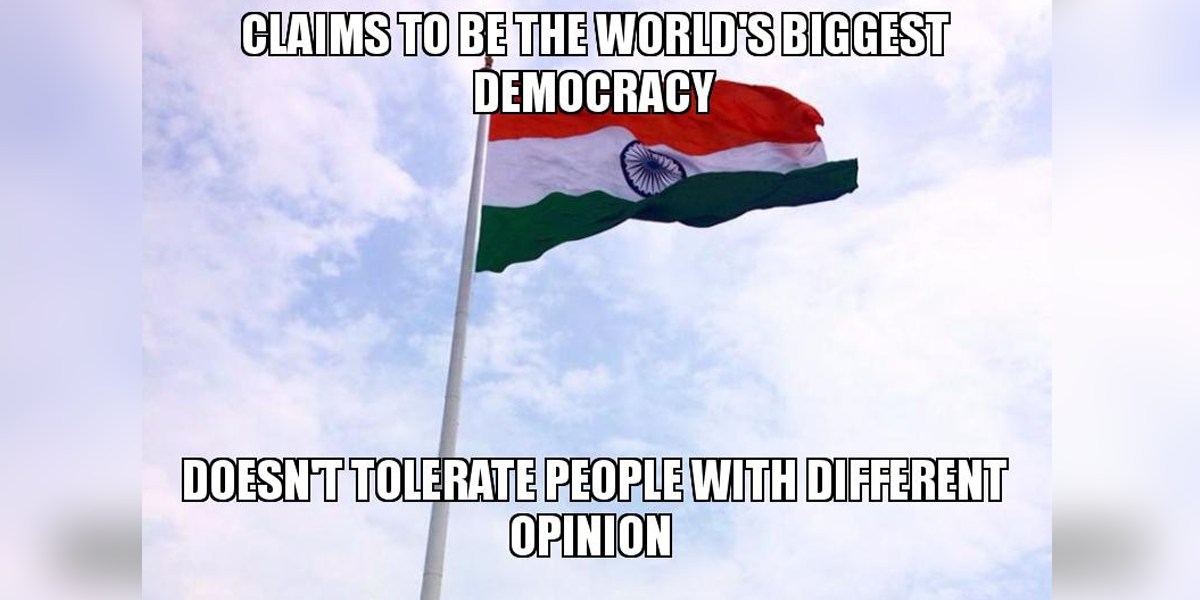 Whenever there is a controversial issue in a country, it is ideal that everyone sticks together as one under a singular opinion. In hyper-nationalist countries, it is absolutely necessary! Any difference in opinion is met with verbal, legal and physical violence against the individual.

India isn’t too far behind in this pattern of behavior. The Indian government opposition, including New Delhi Chief Minister Arvind Kejriwal, was thrown ink at for demanding pictoral evidence of the “surgical strike” that the Indian army allegedly conducted.

According to him, provision of an irrefutable evidence of the strike would put Pakistan in a morally weak positioning in the world. It is only logical for the Indian government to release those evidences so it can be done.

We suppose the lack of evidence is scaring them and hence they are lashing out in this way against their own people!

Indian people have reacted in a similar manner against their own people.

A country that boasts democratic governance surprisingly has very little tolerance for different opinions. This is how the Indian population has lashed out on their own people for voicing peaceful sentiments towards Pakistan and Pakistanis:

2. Om Puri shot down for speaking up for peace

If they can do this to an elderly gentleman of his stature, then nobody is safe to speak their mind in this democracy.

Due to a large attack on Fawad Khan by the social media, Karan Johar stood up for the actor and defended his right to not comment. This riled up the popular singer Abhijeet to comment on Karan Johar’s alleged sexuality as well his supposed “relations” with the actor in a very shameful way.

4. Salman Khan slammed by Abhijeet (looks like someone is out of work!)

We hope this air of hyper-nationalism clears and people are able to see the flaws in their actions. Not just on that side of the border but on this side as well 🙂