Another Publicity Stunt Or An Actual Case: A Naqabi Girl Was Denied Admission In GC University Lahore 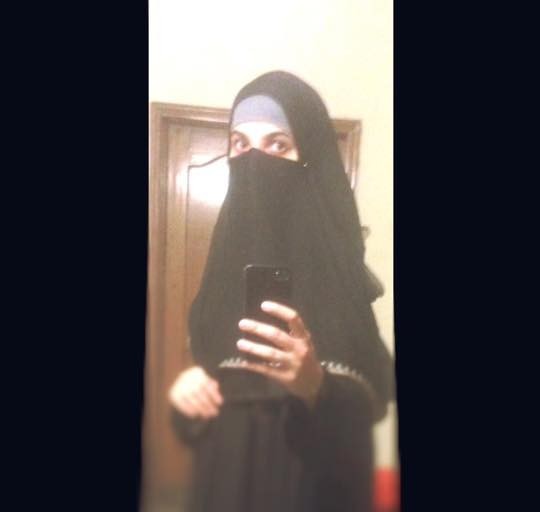 Here is what happened according to Mehreen Shafaq during an interview at GC University Lahore after she cleared the admission test. She was told she would only be able to attend classes on the condition of removing her naqab as it was against the University policy due to security reasons.

One of the points raised by the interviewer, Mr. Najaf Yawar was the fact that her picture was visible on her forms and documents when applying to the university. So although personal liberty is a justified argument, she had agreed to follow the procedure at that time as well. Mehreen stood her ground saying that it wasn’t for the general public to view but in all fairness, the people sitting in the Interview panel were authorized members of the university that were entitled to any and every document that was made out to the university. Furthermore, to believe that no one would have seen the picture while the documents passed through several procedures, being handled by different ‘men’ in different departments, would be sort of hypocritical.

I can’t jump to a conclusion since we weren’t there to see her interview process, and I may be playing the Devils advocate, but it is an educational Institute, whose foundations are based on some principles and if they are taking a more secular stance then she needs to accommodating. They did not ask her to run around naked; they asked for identification – a court of law would do the same. If she went for hajj she would have to take that off (yes this is a fact!) As far as laws of France are concerned she has absolutely no right to bring that up since France is the ultimate example of secularism with their overly liberal rules that she cannot bend to her liking. This overly dramatic radical account is bound to force the interviewer into some sort of annoyance and retaliate in way that was surely pushed out of context with the comment that “taking the naqab doesn’t make you a better Muslim than I.”

Most of you may not agree with our ideology but making this about religion and portraying a bad image of the institution for having policies similar to any and every multinational, is unfair. She must keep in mind that if she wishes to put her Management degree to use/ practice there are certain requirements/policies that will have to be met in the work place in any country, be it the ‘Islamic Republic of Pakistan’ of even France. Moreover, drawing comparisons to ‘beards and kleptomaniacs’ is not called for in any sense of the argument.

We agree the university was at a dire fault for not having mentioned their policy on paper and earlier on in the process. We are not saying give into the pressure and take off the naqab but please stop  victimizing yourself in a negative religious light considering this was a matter of security to begin with and not an attack on your religious preferences.

Also See: I Don’t Care What They Say…Only God Can Judge Me!!