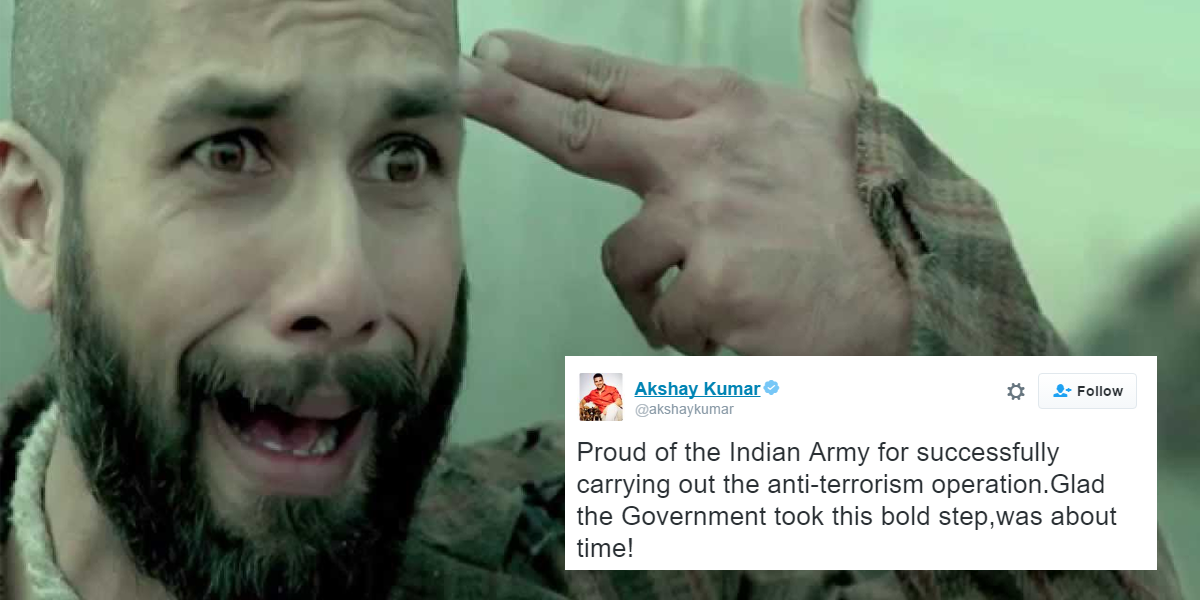 Amid all the tension between India and Pakistan regarding the matter of Kashmir, things continue to heat up after India’s attempt of ‘Surgical Strike’ yesterday morning. While Indians continue calling their fire raid a surgical strike, the Indian celebrities showed their support behind this particular movement.

Given the tweets of the Indian celebrities, two of Pakistan’s famous cinemas decided to put a ban on screening Indian movies.

You can find your favorite Indian actor tweeting about calling us “terrorists” in the tweets below:

Congratulations to the indian government and proud of our army for taking the fight to the terrorist #CountryFirst #JaiHind.

Proud of our army they are the pride of our nation #IndianArmy https://t.co/4oBCOnEktb

Sunny Deol Is Preparing For His Role in Border 2

Salute the Indian Army, for protecting our national security with a strong reply to the terrorists. #SurgicalStrikes #IndianArmy

Proud of our Indian Army & many Congratulations to our Indian Government for their effective steps against terrorism. #IndiaFirst #JaiHind

I Liked You, Arjun Bhai

Super proud that terrorism is spoken to in the language they understand.Let’s unite borders by uniting against terrorism. #IndianArmy ki Jai

In full support of the Indian Army and its effort to root out terrorism. #respect https://t.co/nzQeZXCi4p

Thank you @adgpi Indian Army,for the much needed strike on terror camps in POK. You have made the world a lil safer .. JAI HIND ??#salute

Proud of the Indian Army for successfully carrying out the anti-terrorism operation.Glad the Government took this bold step,was about time!

Apt response to the attacks at Uri. This is where India’s power and strength lies. Not in threats by MNS to artistes. #IndiaStrikesBack

Pakistanis responded by banning Indian movies in their cinemas, with SuperCinema being the first to make a statement.

Like him or not, Hamza Ali Abbasi does keep Pakistani first and he was totally in favor of this ban