The Question Of "Will The Lives Of Shias Ever Matter?" Continues Making Headlines 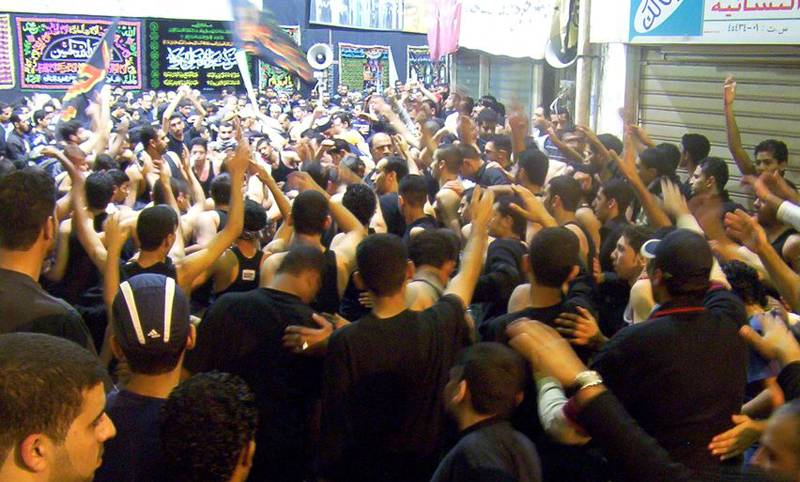 Last night I saw the news of four women murdered by “unidentified assailants”after being recognized as Hazara Shia populating my Twitter feed.

I was disturbed and eager for more details so I turned the television on, but couldn’t find anything of much relevance so I kept scrolling through my news feed and these details, as we are now familiar with, emerged:

“At least four women belonging to the ethnic Hazara Shia community were killed and one injured when fire was opened on a bus on Kirani road near PudGali Chowk area of the provincial capital on Tuesday evening.

The deceased women belonged to the ethnic Hazara Shia minority community and were allegedly targeted because of their sect.”

I spent my whole day trying to find some major story on women being killed because of their sect, but every bit of information I found was either on Facebook or Twitter.

I knew the reason why the story wasn’t getting much coverage, but I tried to remain optimistic. Perhaps this time, the media would get it right and Shia lives would matter at least as much as the life of our PM’s peacock. 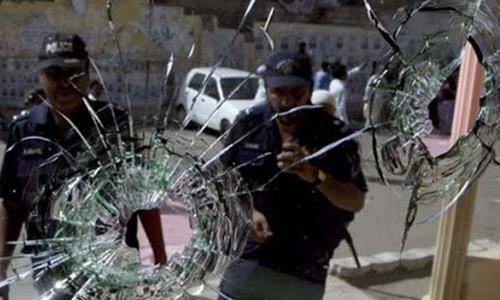 As the gruesome details behind the incident continued to unfold, whatever left was of my optimism, at how this event would be reported, was all but gone. Although it was mentioned that the women were recognized and were killed for their sect, the mainstream media coverage was stingy.

I was only able to track down some brief articles on some local news websites and some reports on the internet saying there’s a chance of RAW’s involvement. There was no rush to blame ASWJ who have been calling Shias infidels and announcing rewards for killing them.

No one was calling them terrorists or their actions a hate crime—in fact, they have yet to do so.Aurangzeb Farooqi, the secretary-general of ASWJ, has state protection and patronage, which is evident from the heavy motorcade and police protection he receives. He and his banned organizations are allowed to roam freely and incite further hatred while sabeels (free drinks for the mourners) are being ransacked in the name of security.

On the other hand, my fellow liberals who ran a campaign on social media when a wild swine was killed by Islamabad protestors are demanding a ban on Muharram processions. As if setting up sabeels, mourning, or going for ziyarat is a misfortune and being murdered for the crime of being a Shia is something you should expect.

Being a Pakistani, I know a thing or two about how little Shia lives are valued here. Whenever I tweet on this subject the mentions on my twitter assure me that Shias are being socialized to accept through a history of microaggressions and marginalization.

Murder of these 4 Shia women is just another reminder of what could happen to rest of them for merely existing. We’re reminded that what happened to young Ibtihaaj was not even close to a tragedy. We’re reminded that when Khurram Zaki was shot, for demanding basic human rights for his community, by “unidentified” assailants people like Abdul Aziz were being invited as guests on talk shows.

We’re reminded while families of Ibtihaj and Khurram Zaki were demanding justice, ASWJ commanders were released by anti-terrorism courts.

Pakistani Shias have been increasingly dehumanized to the point where their deaths warrant no real justification. It is exhausting and feels almost cliché for me to mention things that have been discussed time and time again on social media, but have yet to be made on the news, that when people are being identified as Shias and then killed you have to call it a genocide. You can’t hide behind “they were Pakistanis, they were Muslims or they were humans” anymore because the victims, after being targeted, were first identified to be Shia and then killed. This is the time you have to accept that Shia genocide is a cruel reality and ASWJ, LEJ, TTP and likes are terrorists with no justification at all.

If some politician’s pet was killed or if some honorable judge’s son was abducted, we’d have had around-the-clock news coverage, statements would’ve made and who knows even the perpetrators might have been brought to justice within a day or two.

But because the victims were Shia, these killings are seen as something that just happens sometimes.There’s a reason why this point is being made repeatedly, why it has come to be cliché:

Because it is so easy to accept how deeply our daily lives are destroyed by hate speech against Shias. I anticipated Shia killings soon after Muharram started—and sadly, my instincts were not off. Because suddenly my same liberal fellows who condemned Malik Ishaq’s extra judicial killing went silent because, as ever, we had it coming.

What enrages me more is that how everyone here blames the victims of oppression for being the cause of their own demise. The media, the government and even the majority of people are always in a rush to justify the oppressors before considering the innocent lives that were lost because of this mindset.

I am trying hard to hold on to my optimism that may be the narrative will change someday. Except for the fact that I am living in the constant fear of knowing there will be a “next time”.

Despite what I’ve been experiencing my whole life, I remain hopeful that one day when someone will suffer at the hands of ASWJ or LEJ’s hatred and bigotry, my fellow countrymen will come out and stand beside the oppressed fighting for the right thing instead of diluting the issue by denying something as obvious as Shia genocide.