Muttahida Quami Movement and Altaf Bhai shared a magical relation which was surely unbreakable. While not every love-hate relationship comes to an end, this relationship ended today and had a very tragic ending – the type of ending everyone was waiting for.

End of #MQM & #AltafHussain, hopefully. #GhaddarHussain‘s speech where he chanted Pakistan Murdabad should be the last nail in the coffin.

After ARY was brutally attacked, people from Karachi couldn’t control their anger against the one party that is always behind the worst conditions in Karachi – MQM.

So Karachiites have realised that who are behind mobile snatching and other Street crimes.. #Apnay
#ARYUnderAttack pic.twitter.com/kese9foloI

Shortly after the members of MQM attacked ARY, chief person of MQM Altaf Hussain started addressing his “people” in a telephonic conference. Not much to our surprise, Altaf Hussain sounded drunk throughout the conference and said “Pakistan Murdabaad”

Waiting to hear the statement from Altaf Hussain’s colleagues that he was health problems rather than being drunk.

After his address, Altaf Hussain said he is leaving the leadership of MQM (the drama he has pulled a number of times before as well) and handed it over to Farooq Sattar. 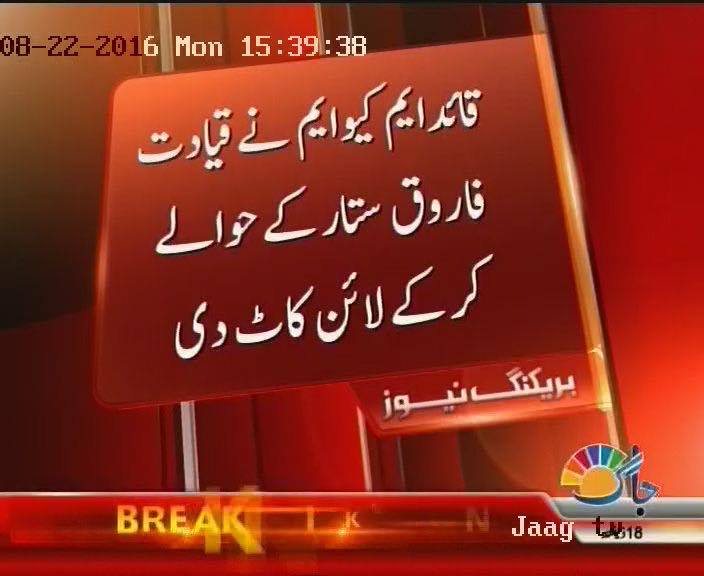 Shortly after, Farooq Sattar was arrested by Rangers in Karachi and oh boy, what a sight it was!

There were some against the arrest of Sattar as well

Farooq Sattar you are liked by a lot of people and it’s high time you announce a takeover of MQM. Karachi will support you. Just do it…??

With #MQM chief Altaf Hussain taking back his decision of leaving his party’s command, to be noted is tht Farooq Sattar was Chief for 30mins

Farooq Sattar improved his own record of serving the #MQM as its chief. Last time, the duration was 2 to 3 minutes. #WelcomeBackAltafBhai

On the scale of 1 to Altaf bhai , how chutiya are you?