The pyramids of Egypt are timeless reference to antiquity. In the silence of moonlit night, sitting under the shadow of the mysterious pyramids of Giza rising out of the desert plain some 500 ft into the sky was an awesome experience, it was almost surreal. Somehow these did not appear to belong to this world.

The pyramids built by the Pharaohs of Egypt several thousand years ago were intriguing, the mummies of Kings and Queens with all their treasures placed in these pyramids thousands of years ago were even more intriguing. The boats found near the tombs (sarcophagus) were meant to carry them into the next life, and face his lord and his ‘Feather of Justice’. It was believed that that each person’s heart will be weighed against the Feather of Justice. If the heart was lighter than the Feather, then the soul will be allowed to enter the next life. If it was not the case, then the soul will be devoured by obnoxious looking huge reptiles.

Huge Sphinx was erected in front of the pyramids as if to guard the sacred mummies and their treasures.  Perhaps they also stood witness to the fact that the mummies will not reveal ancient wisdom to the posterity. Certainly, we would not have known anything about the cultural, intellectual and religious heritage of this great civilization that developed and prospered in the fertile valley of River Nile in Egypt for nearly 4 to 5 thousand years. Over the millennium they had developed into a strong agriculture based society with strong belief in a life beyond this temporal life, They were highly skilled as evidenced by the pyramids and statues of sphinx, and very adept in the use of dyes and chemicals as revealed by the Mummies which have survived the vagaries of time for thousands of years. The priests and intellectuals were held in high esteem, perhaps next to Kings. They had developed a language of their own based on pictures of birds and animals which was known as hieroglyphics

It would have been simply impossible to decipher the hieroglyph without the Rosetta Stone. Rosetta Stone was a tablet discovered by a French archaeologist in 1921 which contained writings in three languages Ancient Egyptian hieroglyphics, Demotic, a popular Egyptian script and Ancient Greek, written side by side. This allowed the interpretation of hieroglyph and consequently a better understanding of the Pharaonic civilization. The Sphinx guarding the secrets of Pharaohs had lost the battle! The Rosetta Stone, not the Pyramids and not the Mummies, gave away the secrets of the ancient Egyptians. I suspect that Egyptian Mummies still hold enormous amount of secrets. I wish they could speak, and we could understand!

The Pharaonic civilization has been classified into Eary, Middle and Late periods, as well as in Dynasties and Kingdoms. It was interesting to note that for a short period of time, during the reign of the King Amenhotep IV .people believed in one God, It was however short lived and the society reverted back to polytheism. They largely had a belief system based on mythological gods and goddesses- Lord Amun-Ra being their chief deity.

Luxor is famous for one of the largest temple complex in the world built by the ancient Egyptians. Successive generation of Pharaohs and Kings built the enormous temple at Luxor and Karnack to honor and glorify their deities, gods and goddesses. The grand Hall, within the large complex system of temples, covered an area of some 50,000 sq ft. with massive columns rising up to 20 meters in height and decorated with arches is an astonishing feature. Such a large temple complex is seen nowhere in the world and is believed to be next to the Angkor Wat Temple of Cambodia.

Another interesting and impressive site was the Valley of the Kings and Queens. This represented a vast complex where tombs were constructed for the Kings and Queens as well as for some nobles, which constituted their burial places. This was accomplished over a period of 500 years between 11th and 16th BC. So far around 60 tombs and chambers have been discovered in this valley, but not all of them were open to public It was in this complex that the tomb of Tutankhamen was discovered in 1922. The tomb was found in its original conditions with all its gold, silver and other artifacts intact. This generated a worldwide attention and interest in further excavations The mask of Tutankhamen became an instant celebrity recognized the world over. He was enthroned at the age of 9, and died very young at the age of 19.

Sakkara is famous for its Step Pyramid which represents the oldest structure built by the Egyptian Pharaoh Djoser. There are numerous other pyramids in the area but remain unexplored. Saqqara represented burial site for ordinary ancient Egyptians.

The mysterious Pyramids coexist side by side the modern Egypt. The valley of the Kings and the Valley of the Queens were discovered. This is where the custodians of the glory of ancient Egypt lie in repose Perhaps they are mused at the knocking of modern man at their doors in search of wisdom. The old order has given way to the new. The river Nile remains witness to the saga of human history, rise and fall of Egyptian dynasties and Kingdoms, changing belief systems and social orders. It was a remarkable civilization!

The Pyramids of Giza, Egypt- mysterious and awesome 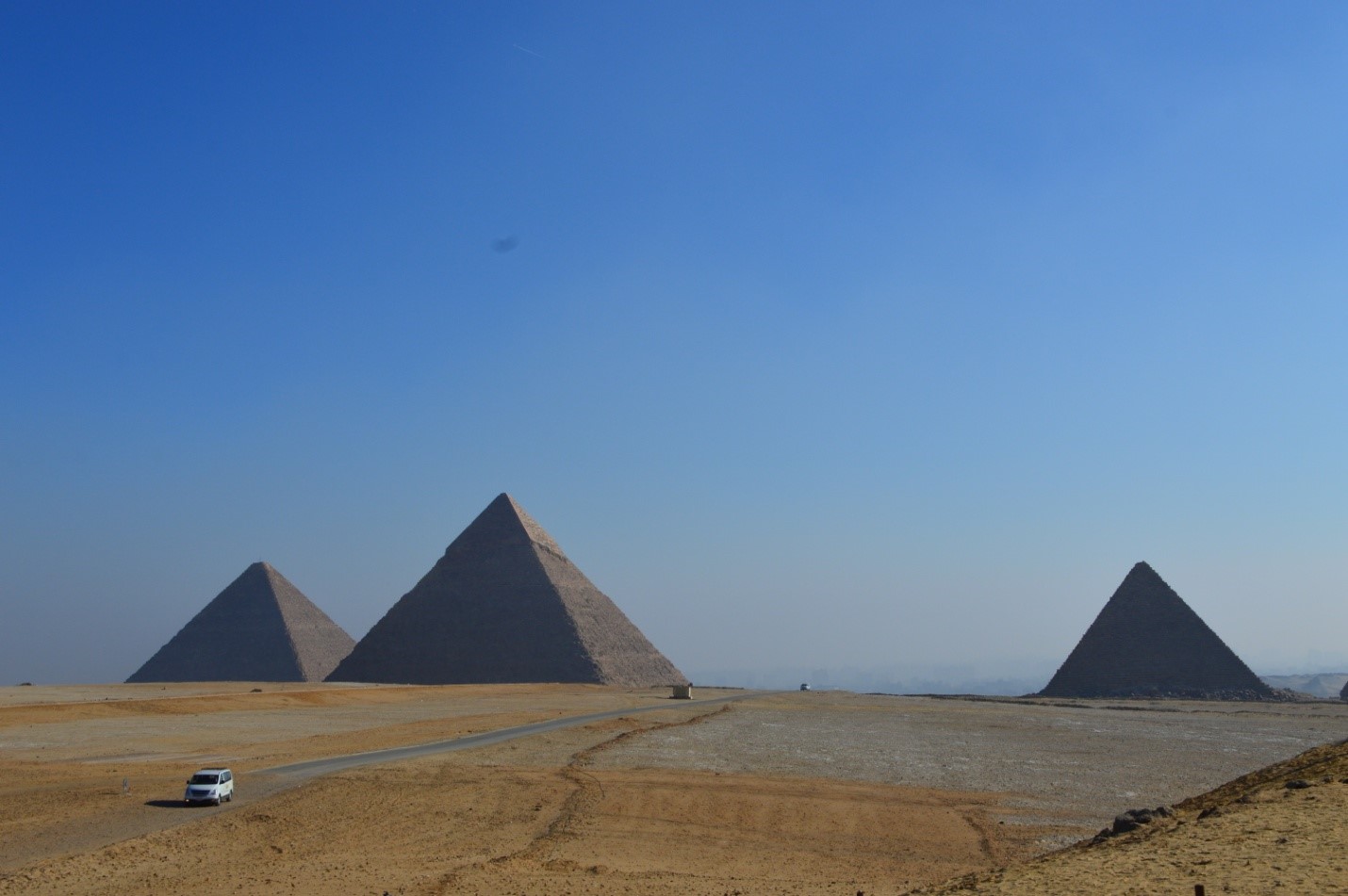 The Pyramids of Giza. In the foreground, the authors are contemplating a camel ride. 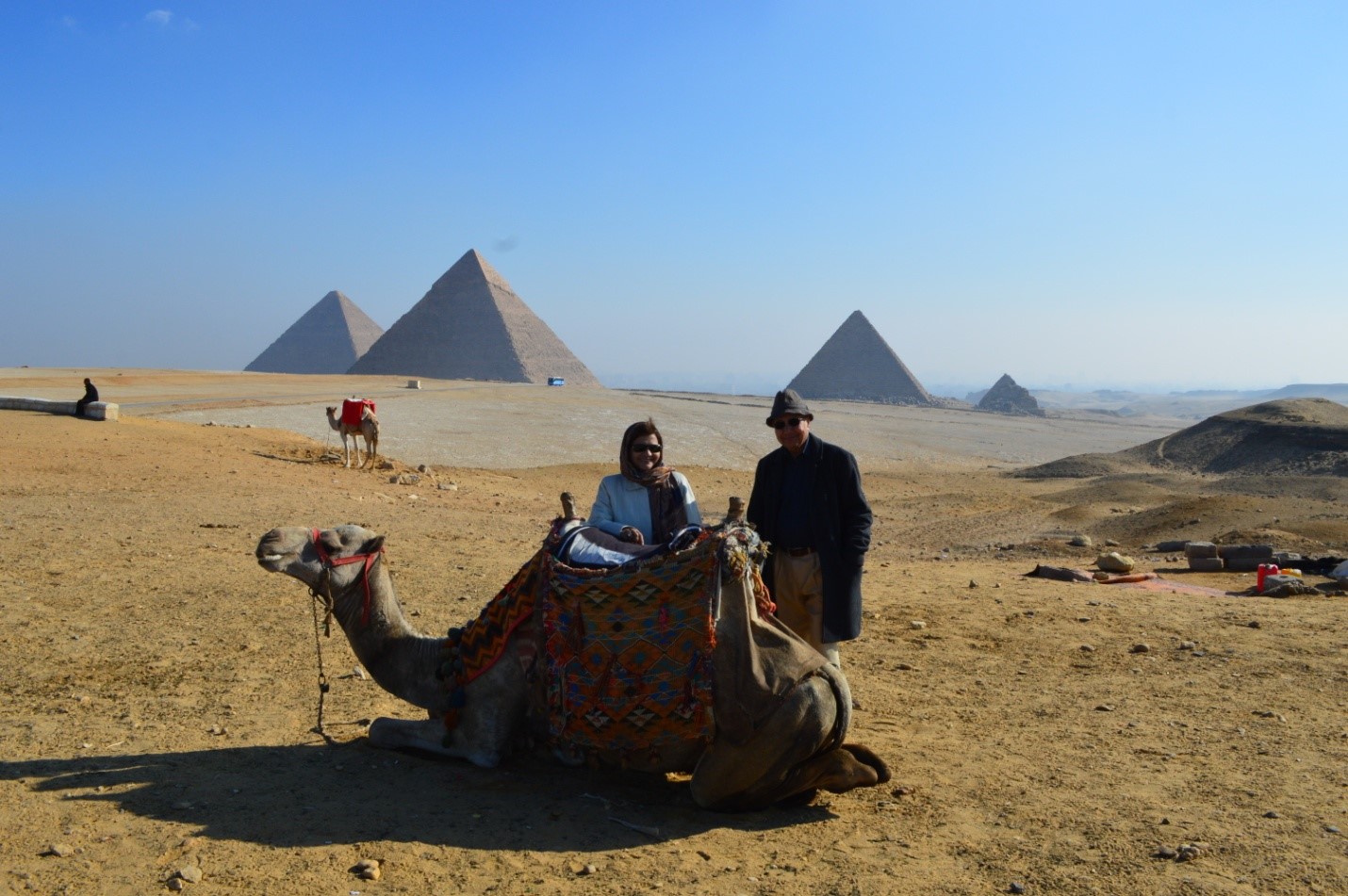 Sphinx guarding the Pyramids and their treasures. 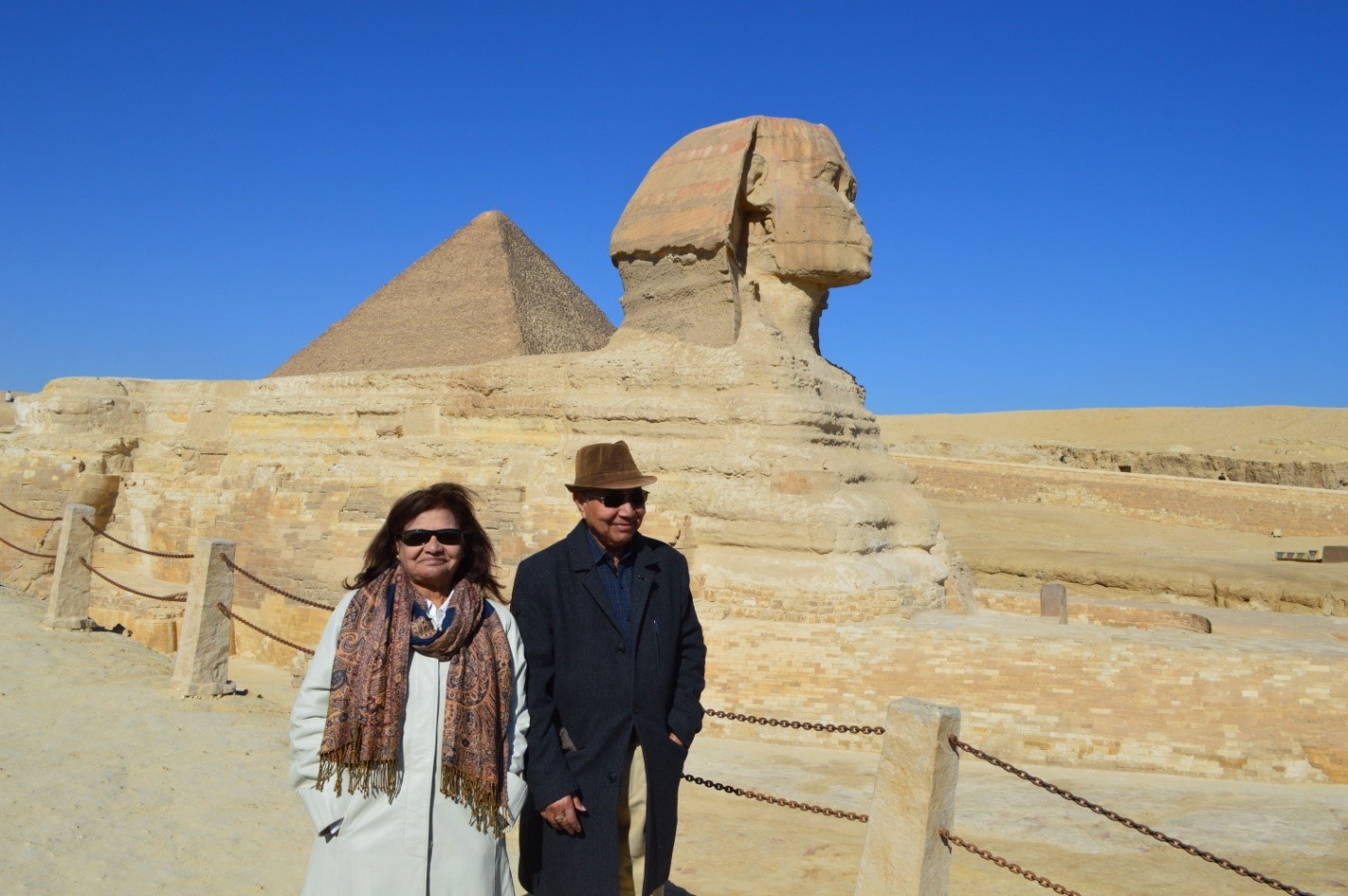 A bunch of school students in the foreground eager to be photographed with the authors. 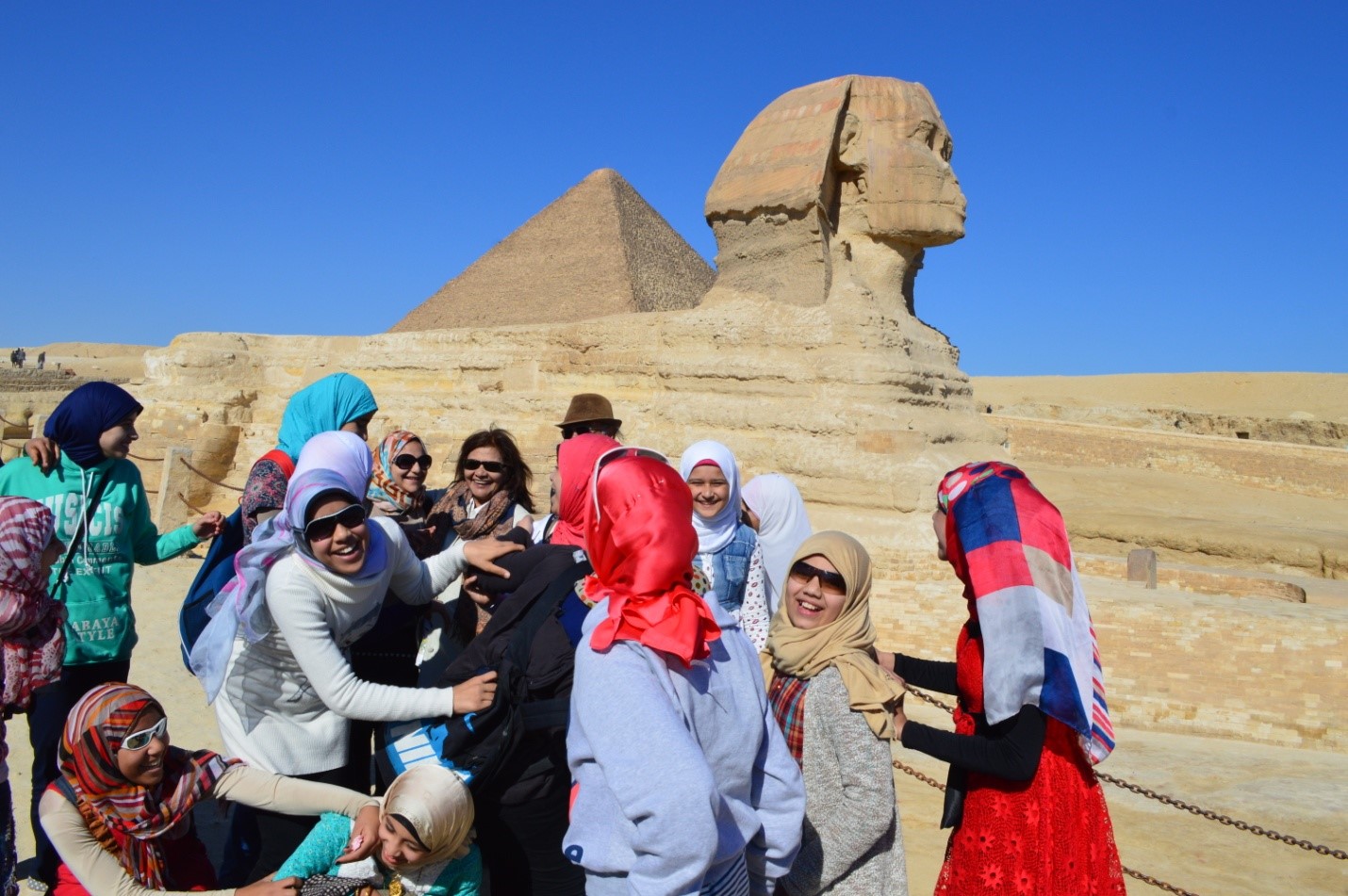 Step Pyramid in Sakkara under renovation. It is believed to be the oldest man made structure in Egypt. 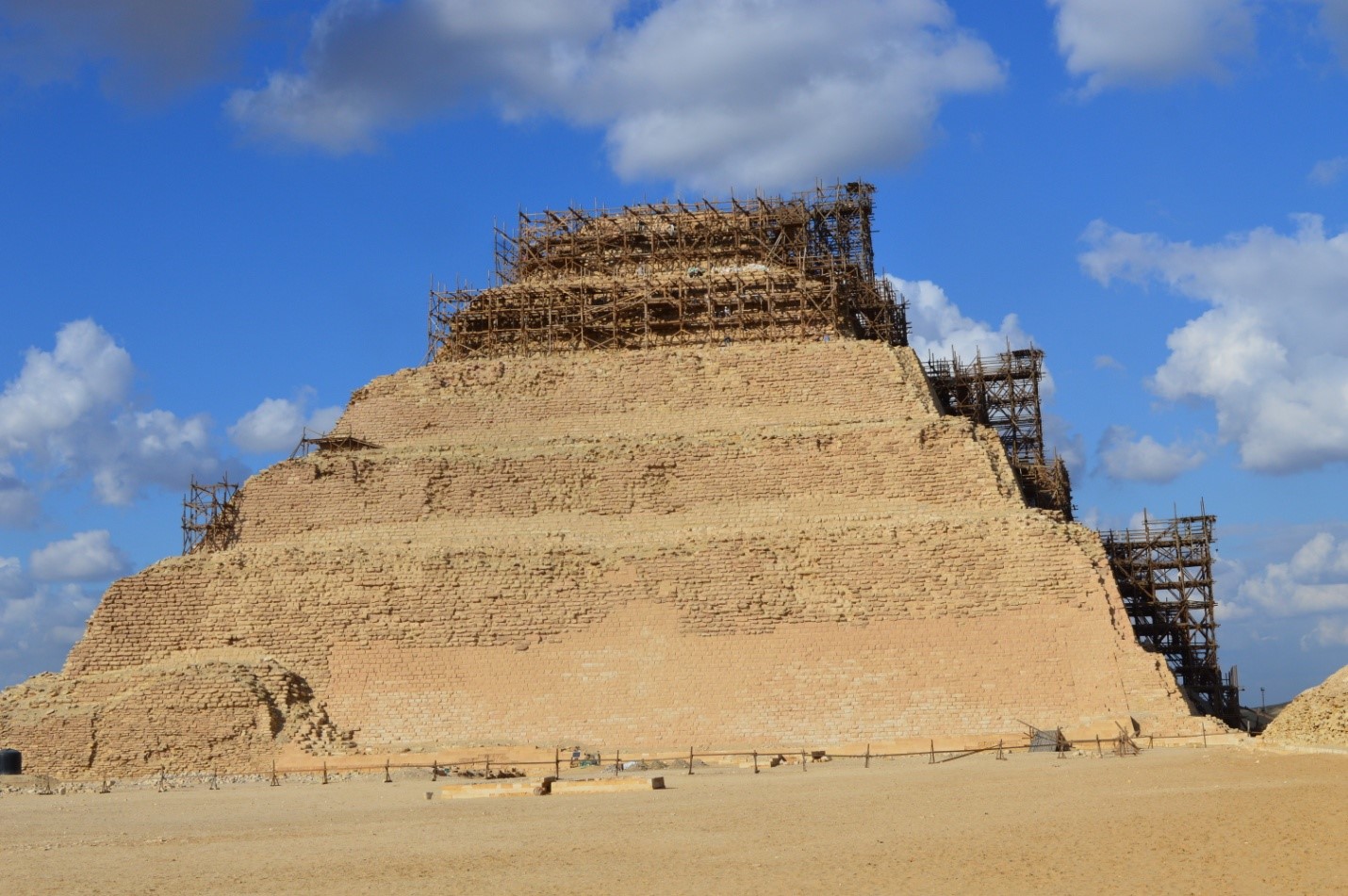 Entrance to the Luxor Temple in Luxor on the East Bank of River Nile, Egypt. 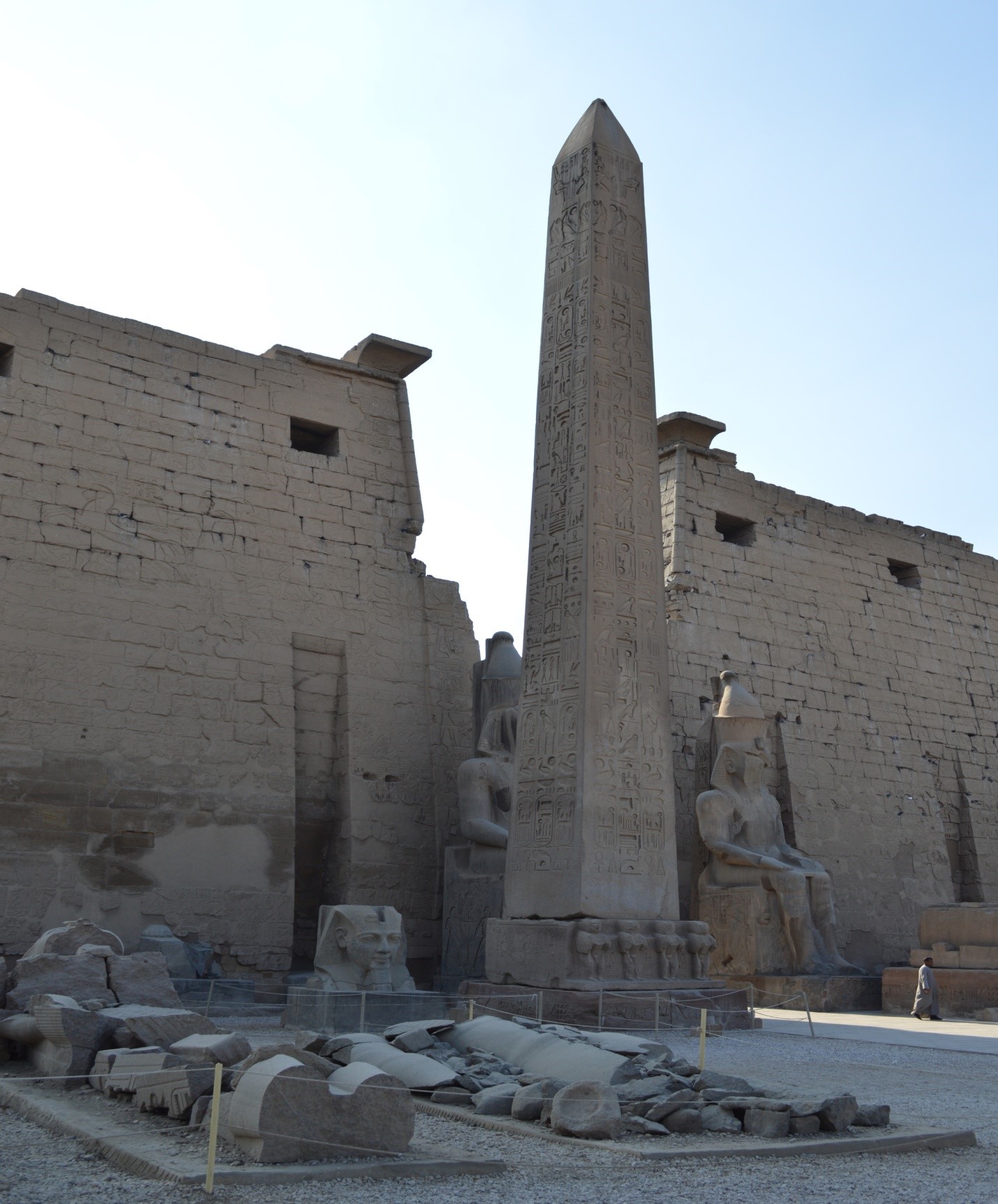 Entrance to the Luxor Temple, -a close up view. 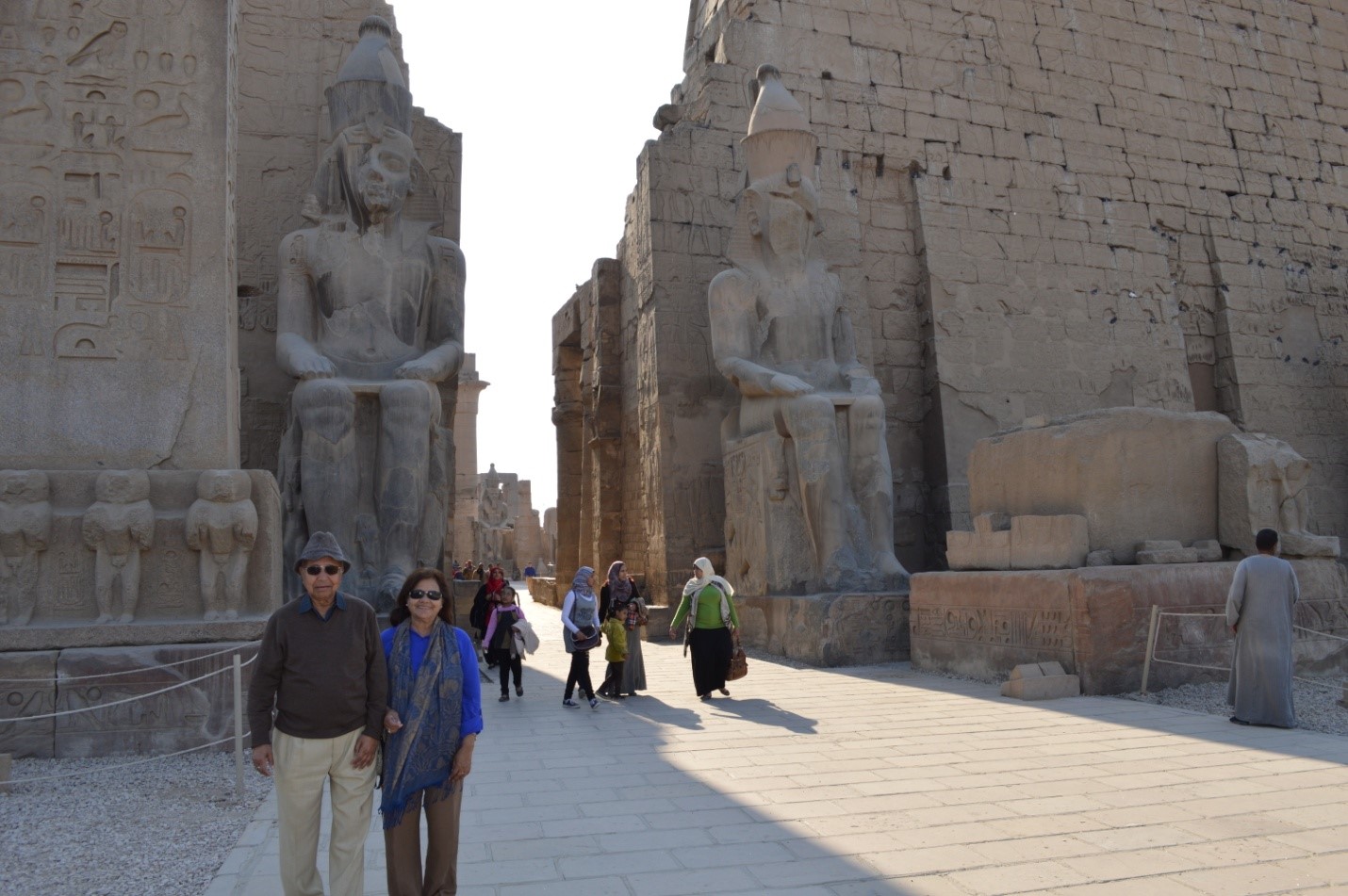 A mosque built over the ruins of the Luxor temple before excavation of the site. 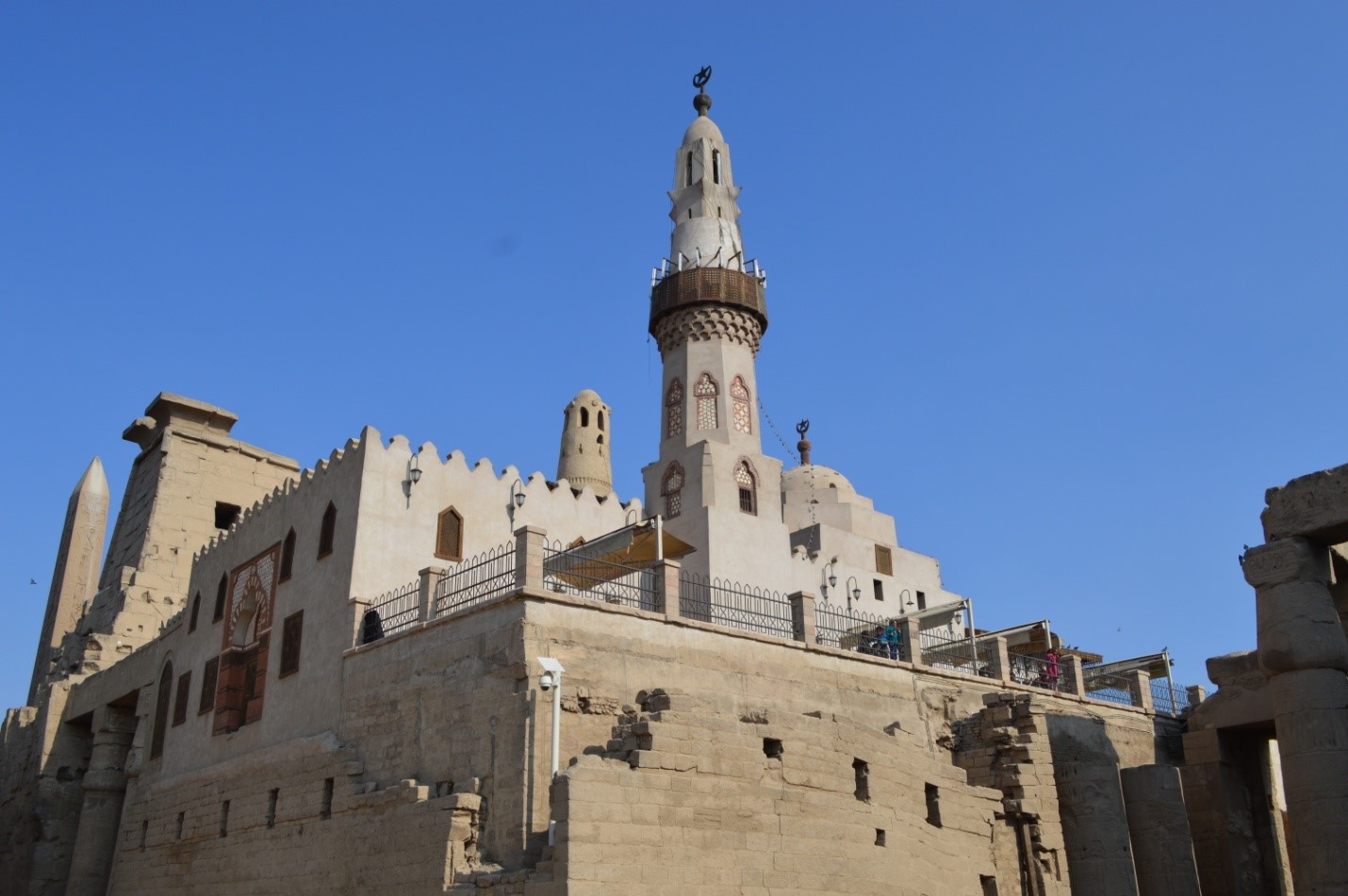 The front of the Karnak Temple Complex built by Pharaohs and Kings over several centuries. 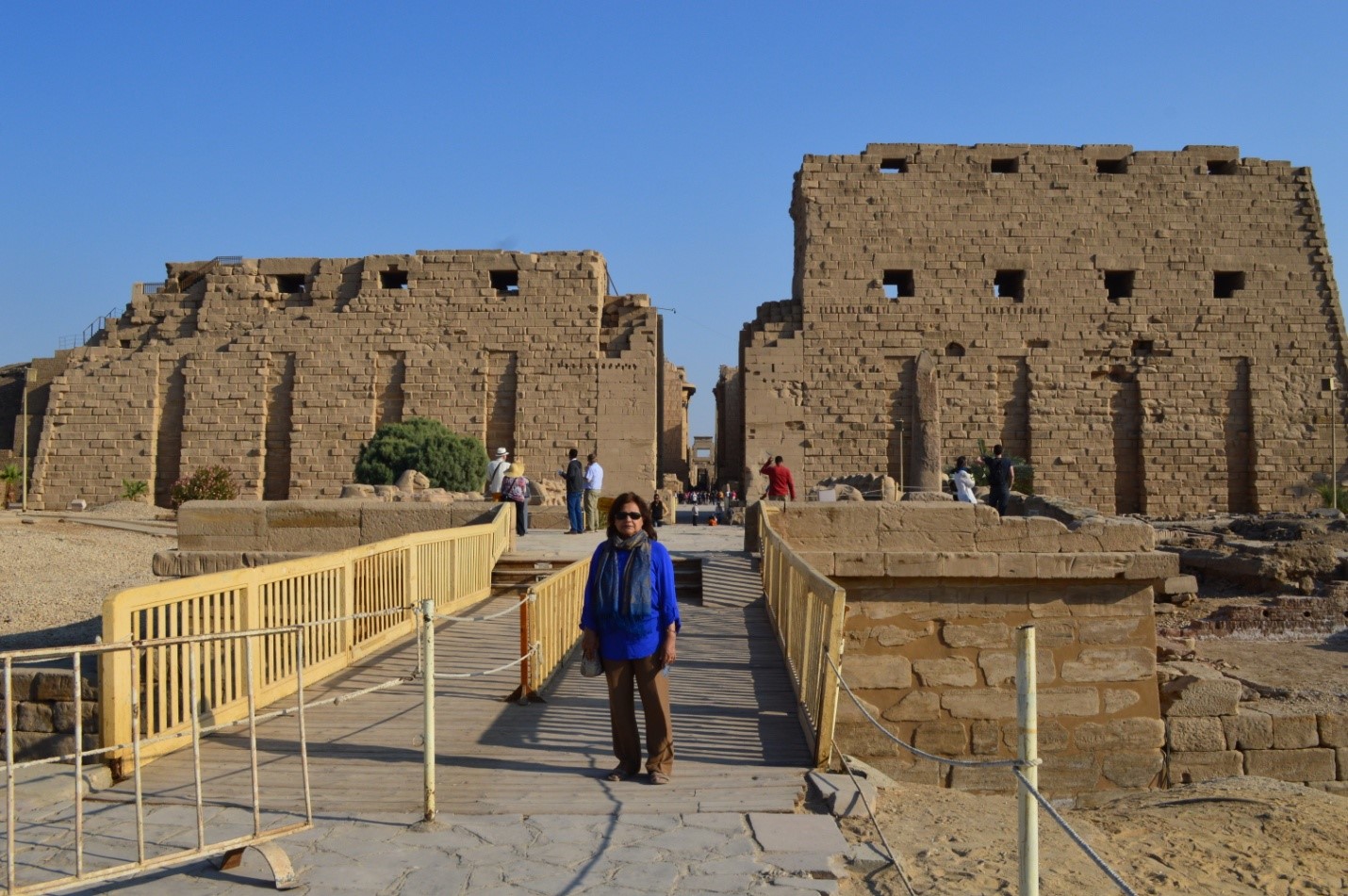 Entrance to Karnak Temple lined with Sphinx- a close up view. 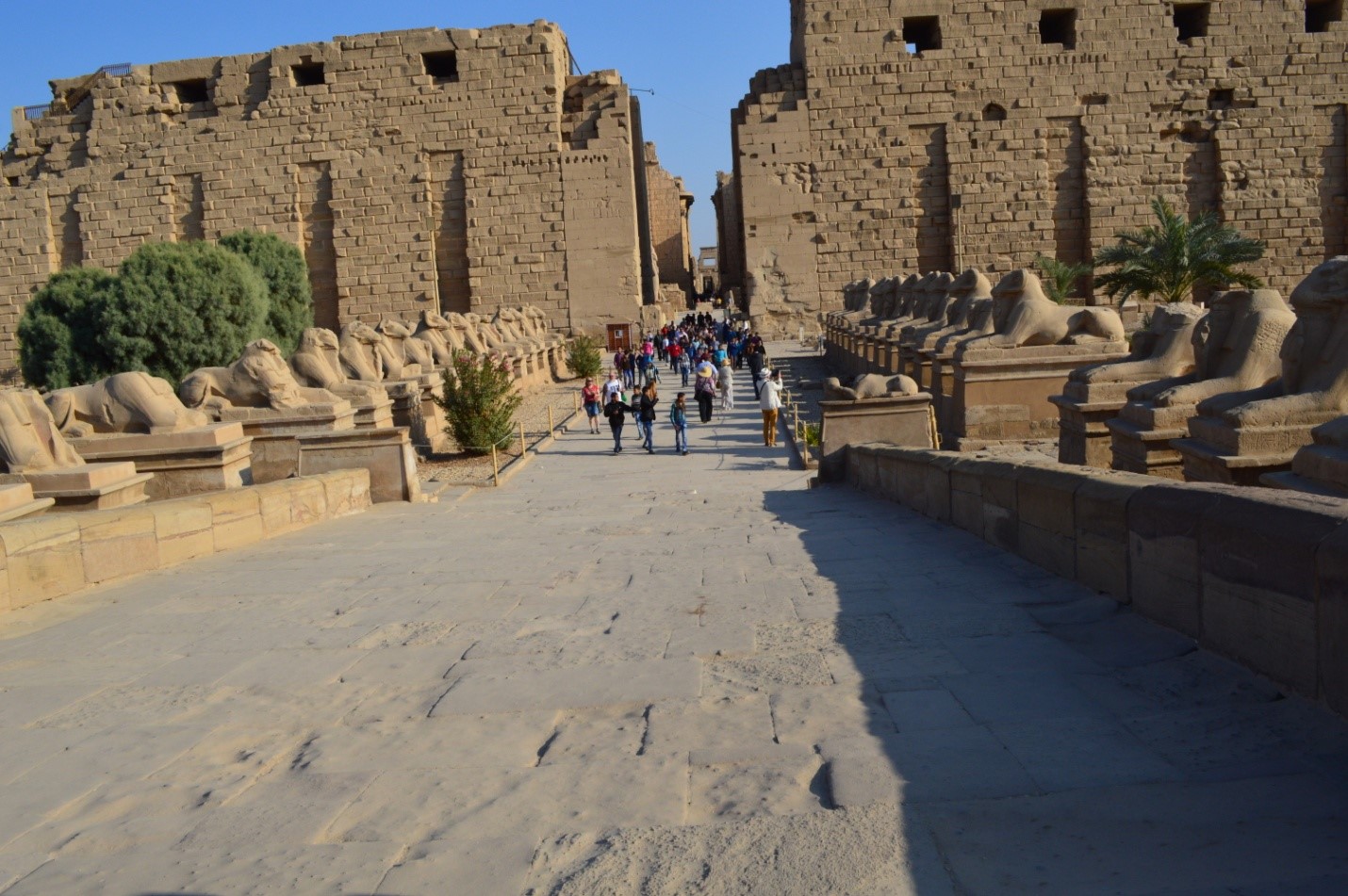 Inside the Karnak Temple 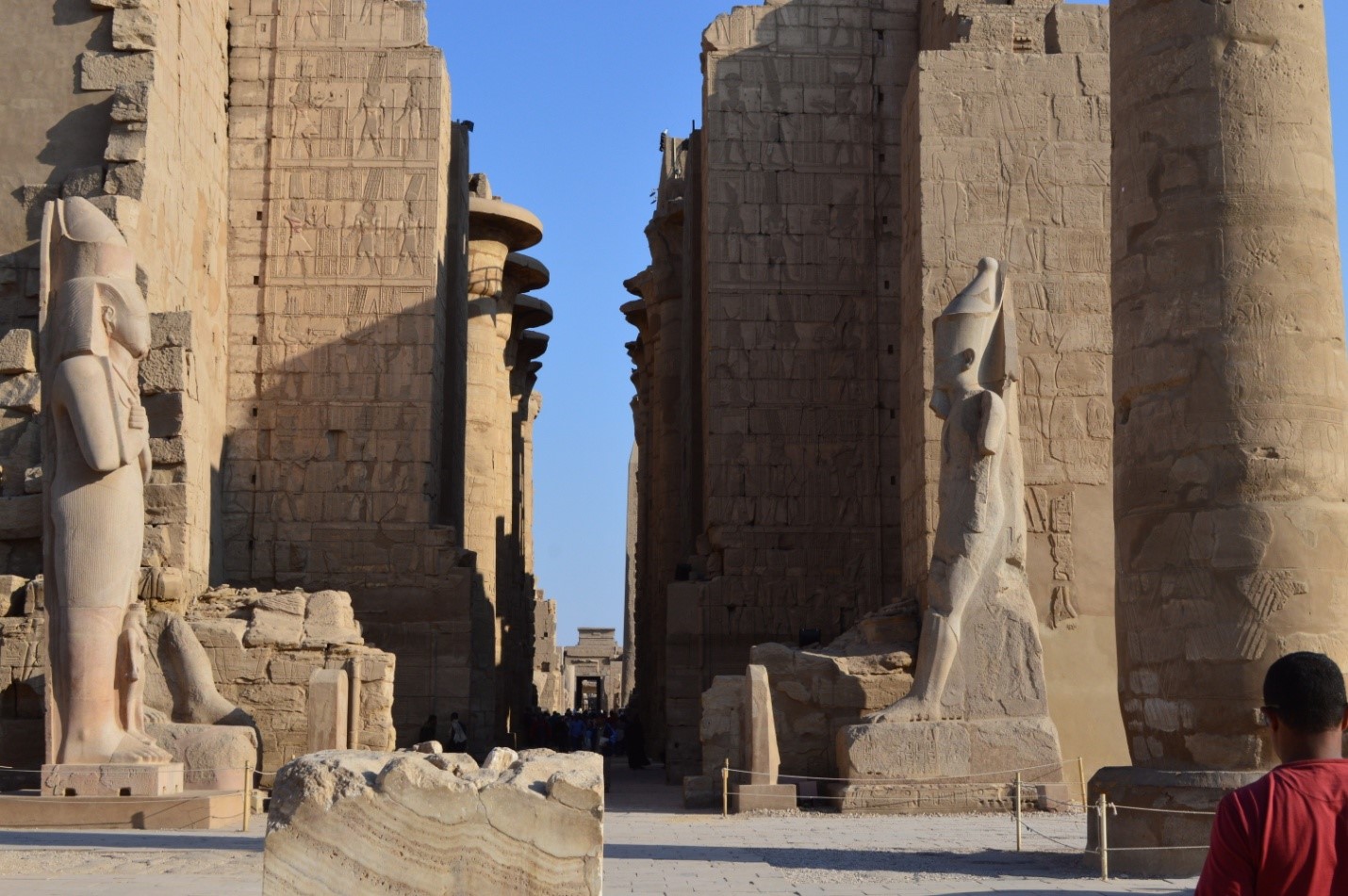 Queen Hatshepsut Temple on the West Bank of River Nile 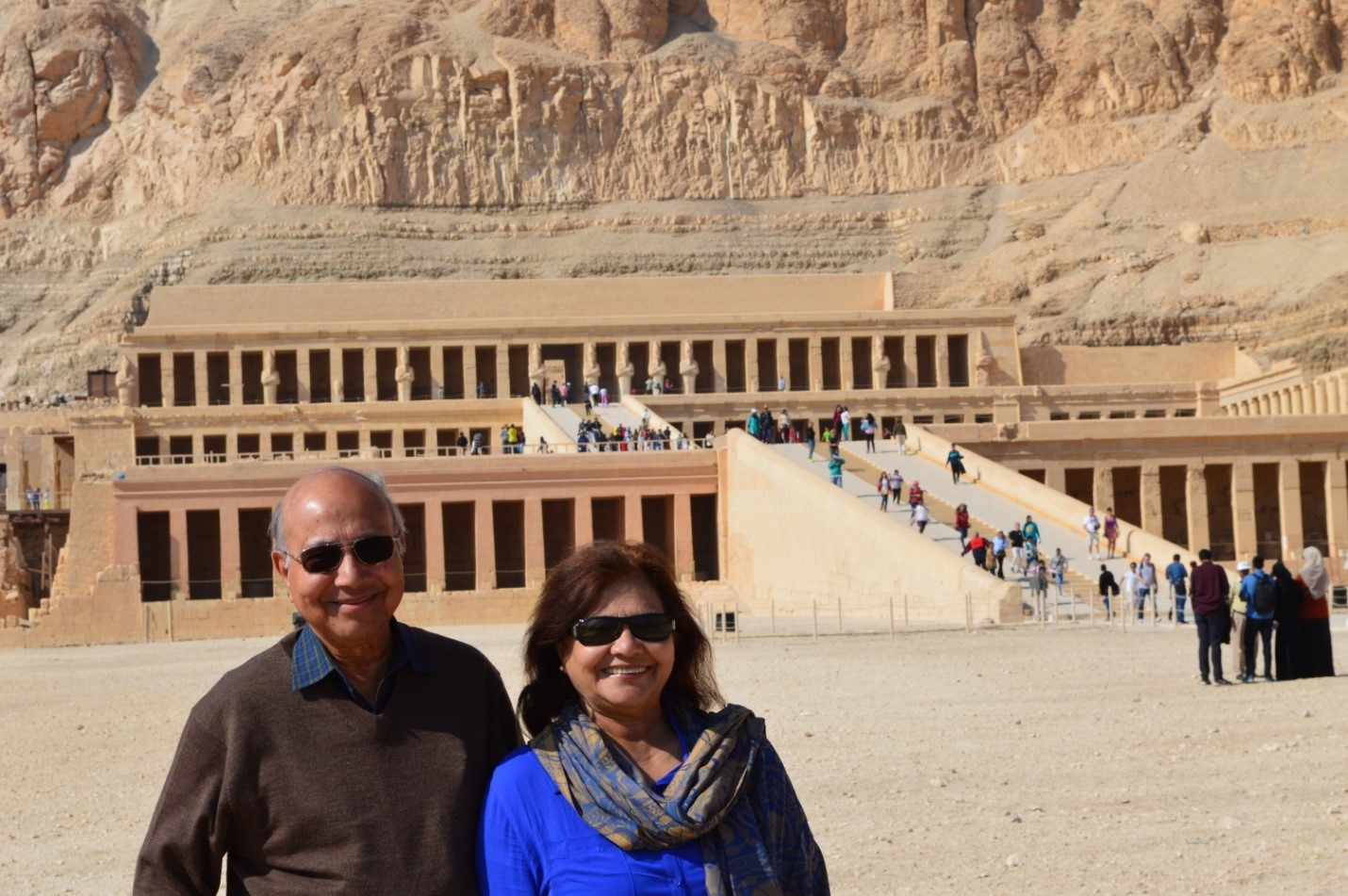 Entrance to the Valley of the Kings where many of the ancient Egyptian kings are buried. Photography was not allowed inside this area. 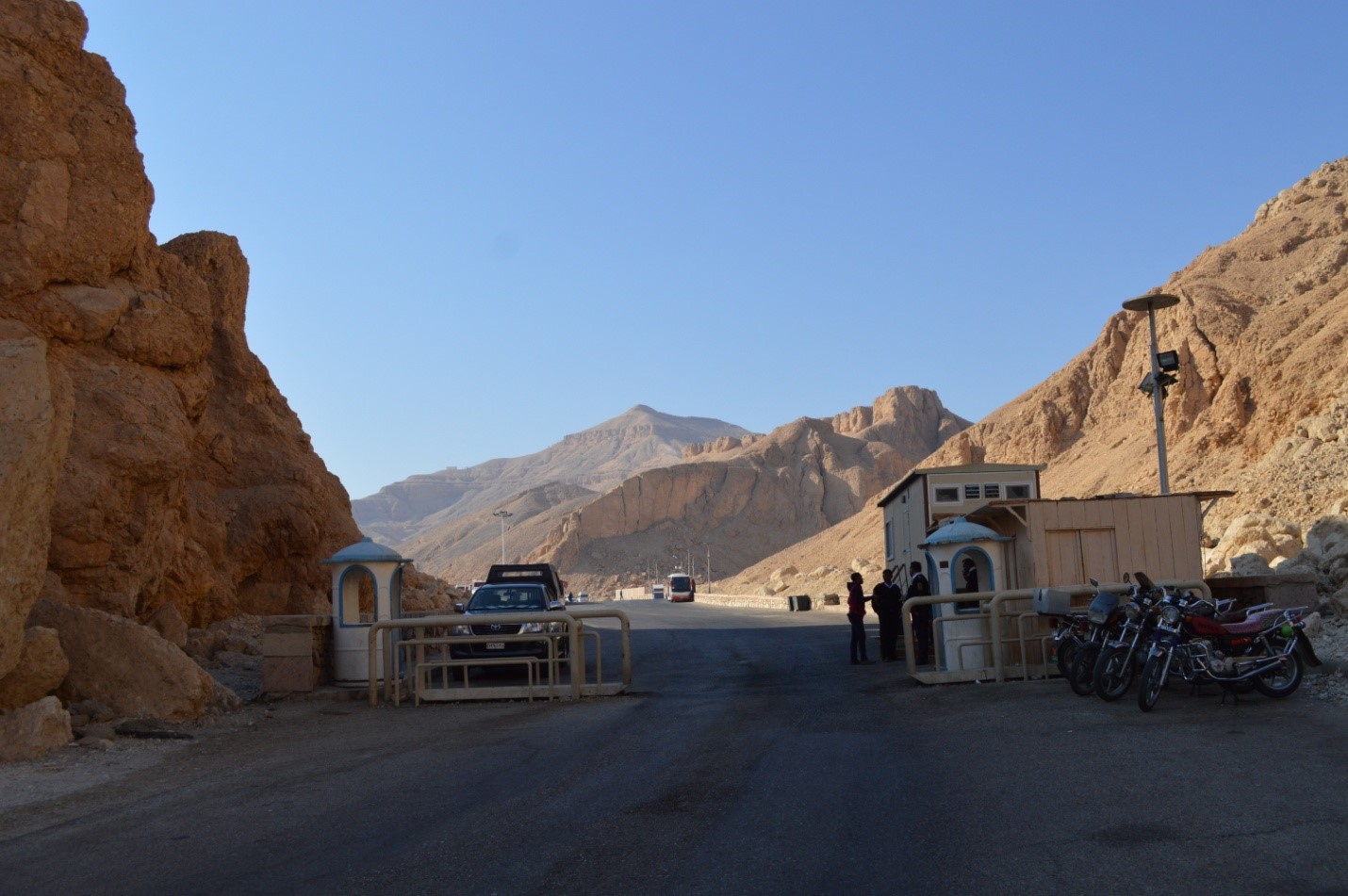 Valley of the Kings. In this valley many of the Kings are buried and only some of the tombs were open to public, more excavations were underway. 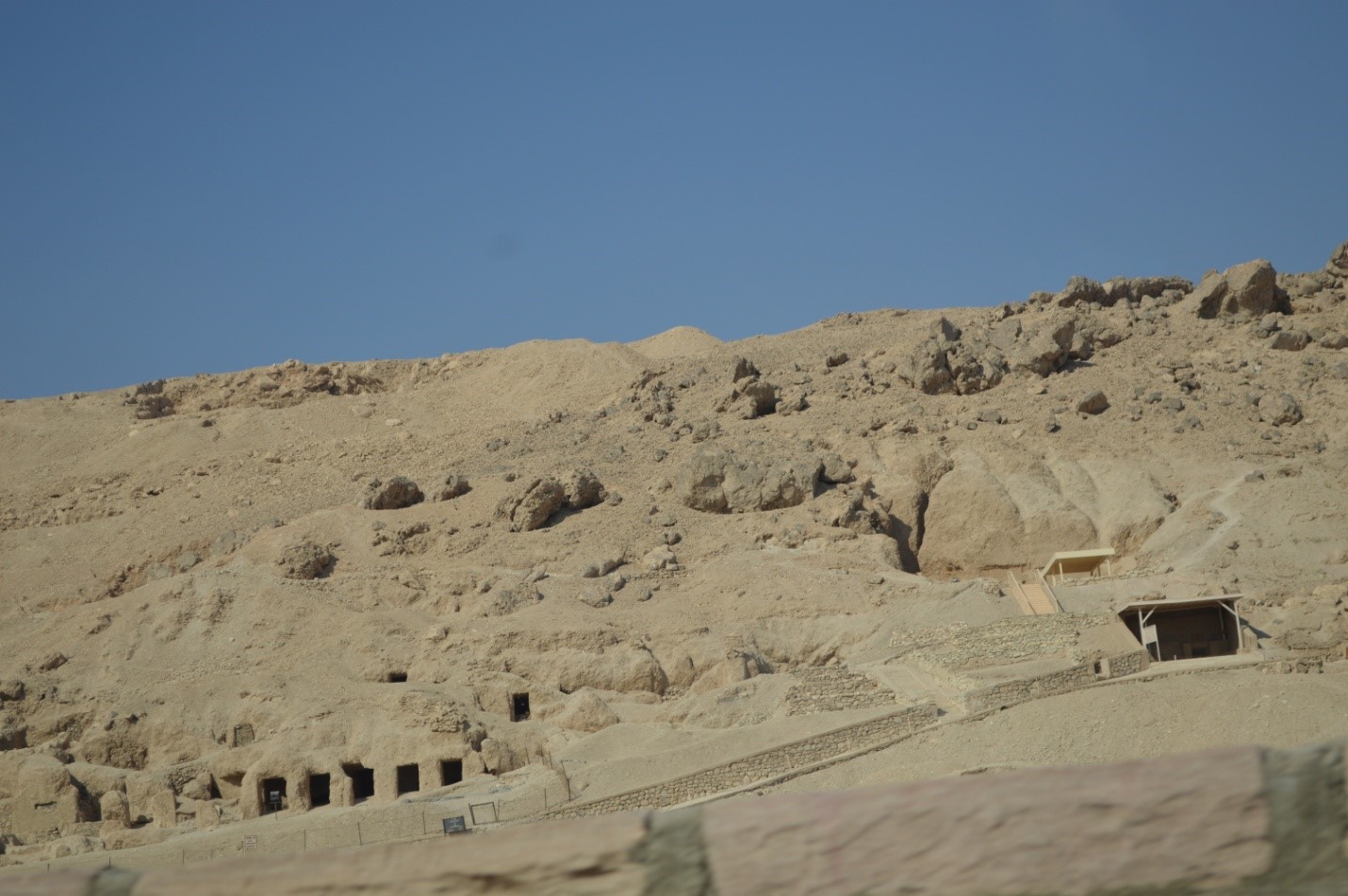 South Africa – A Flame Of Democracy
Dear India! I Have So Many Pigeons On My Roof, Bhejun Kya??
To Top