The #MisbahPushUpChallenge Is Now A Thing! 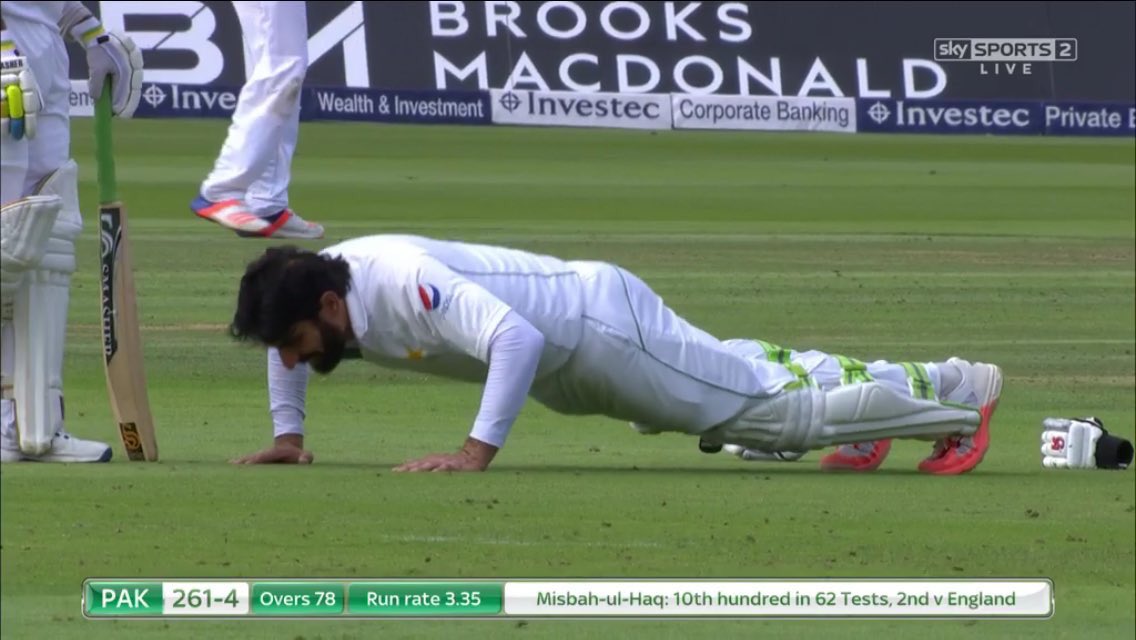 Pakistan’s test cricket team captain, Misbah-ul-haq, has started the unique trend of push up celebrations as we saw at Lord’s after his century. The same celebration was performed by the whole team again after the victory. And it turned out to be legendary. So legendary that it is now a thing. THE #MISBAHPUSHUPCHALLENGE.

This was the first realization that Misbah’s push ups are the new ice bucket challenge.

But both Misbah and Vaughan were left behind when David Llyod came into action. Llyod, at the age of 69, showed what he has left in him. Certainly, age didn’t make much difference to his fitness.

But this was just the beginning of the trend. Misbah’s legacy was carried forward by the team when Pakistan won and they all did push ups. 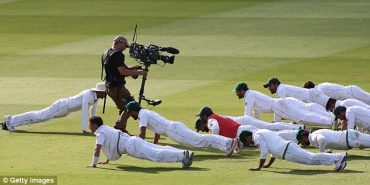 This is when people thought it could be a challenge

People of Twitter decided to turn the this into a challenge and starting nominating each other and posted videos of themselves doing push ups.

Shabash Bilal! The first one to post the video

Of course, this is exciting!

This #MisbahPushupChallenge is more exciting than #IceBucketChallenge 😀

And there were some more videos

Completed the #MisbahPushUpChallenge .
My friend exaggerated it. The total push ups were actually 10 pic.twitter.com/W5a9KlNTGd

A tribute to Misbah and the Team.
I nominate all my friend & followers. #MisbahPushUpChallenge #PAKvENG pic.twitter.com/0iWxQ5gFvQ

BUT THIS IS NOT ALL.

Team Parhlo also decided to do the Misbah Push Up Challenge. Follow us on Snapchat to see.
Snapchat: parhlo

Yo guys! Catch me taking #MisbahPushUpChallenge on @parhlo's snapchat. ???
Username is the same one as twitter handle!

So, let’s make this our thing. Do it, post it on the internet, and nominate your friends. Let this be a little tribute to Captain Misbah for everything he has done for us!