The Marriage With The Fisherman Doubled Of My Age Was Truly The Blessing! 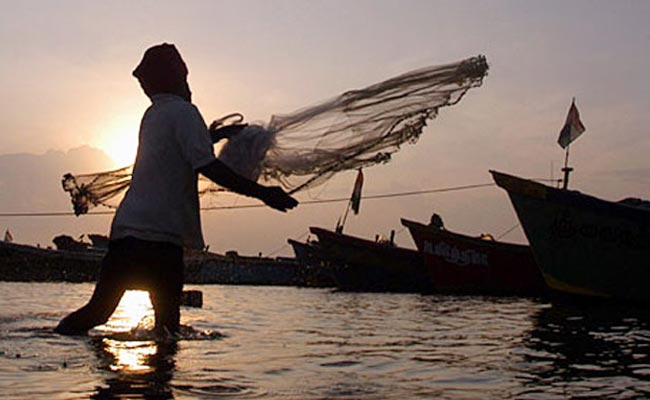 I belonged to a lower middle class family. I was in tenth grade when my whole family- my father, mother and brother died in a road accident and I was handed over to my only uncle (my mom’s cousin). At first he was really nice to me but he soon told me that he couldn’t afford me so it would be best for me to get married. I wasn’t even given a chance to protest. And I was forced to get married to a fisherman named Allahbakhsh who was double of my age.

When I saw him for the first time, the very sight of him scared me. I couldn’t help but cry. He had hair on the sides of his head but was bald at the center. He had a round nose and small eyes with thick eyebrows. The left side of his upper lip was swollen as if somebody had punched him. The night of our wedding he came and gave me a glass of water. I had cried so much that my eyes were burning. I was dying of thirst but I was choked up and couldn’t even say thank you. I was preparing myself to get beaten or cursed, like I had seen on the T.V. that what happens to poor little girls like me. But to my surprise he didn’t say anything and went to bed.

Days passed and we still didn’t talk to each other much. He was different from what I had portrayed in my mind. We used to go fishing together. Neither of us would speak. At first I used to hate it. I was sick of the smell and the atmosphere. It seemed to be the darkest phase of my life. But then I accepted it and after a while started to develop a keen interest towards fishing.

One day we were walking back home after a long day at the sea and he suddenly threw a question at me. “Do you have any dream?”. I vaguely replied that I want to study. I don’t know why but suddenly all my memories of our picture perfect happy family flashed in my mind and my eyes filled with tears. I walked swiftly past him praying that he had not seen the tears.

The next day, he took me to an NGO’s office near our area and with their help I got enrolled for a diploma in Marine Biology. Although it was very difficult for me to manage my studies with all those house chores. But I didn’t give up. I knew life had given me a chance which I couldn’t just let go of. Finally after a long struggle of six months I gave my exams.

After that I went back to the same old routine. Around a month later, we received a letter. Allahbukhsk opened it. I asked what it was but he didn’t say anything and passed me the letter. It had my degree!! I had passed my exams with A+ and they had also given me a cheque of 20000 PKR. I jumped with excitement and stole a glance of his face. He was smiling ear to ear. Tears of happiness running down his cheek. For the first time I saw the warmth of his face. I saw that shine in his eyes. He didn’t look ugly at all. Infact to me he seemed like the most handsome man alive.

That night while having dinner he said that he can not express how much proud he was of me. He told me that I can go to whatever university I want with that money. But I knew exactly what I wanted to do with that money. I then told him that I plan on investing the money on a fish farm about which i had read and heard a lot about during the past six months. “But it won’t be possible without your help.” said I and he told me that he would be happy to do whatever he could for me and my dream. That was the first normal conversation we had had in a year. So together we started a small fish farm with about 5 different types of fish.

Today after the hard work of about seven years we are one of the leading fish suppliers in Karachi. I still remember the day when my uncle broke the news about my marriage and I thought that it was the worst that could ever happen to me. But I was wrong. Sometimes God has the best for you hidden in what at first seem to be the worst. You should just never give up. I thought my life was over but now that I look back I see that it wasn’t the end, it was a new beginning of a life I never had imagined.

Why You Shouldn’t Force Your Child To Get A Medical Or Engineering Degree?
Girls! Please Don’t Underestimate Yourself
To Top