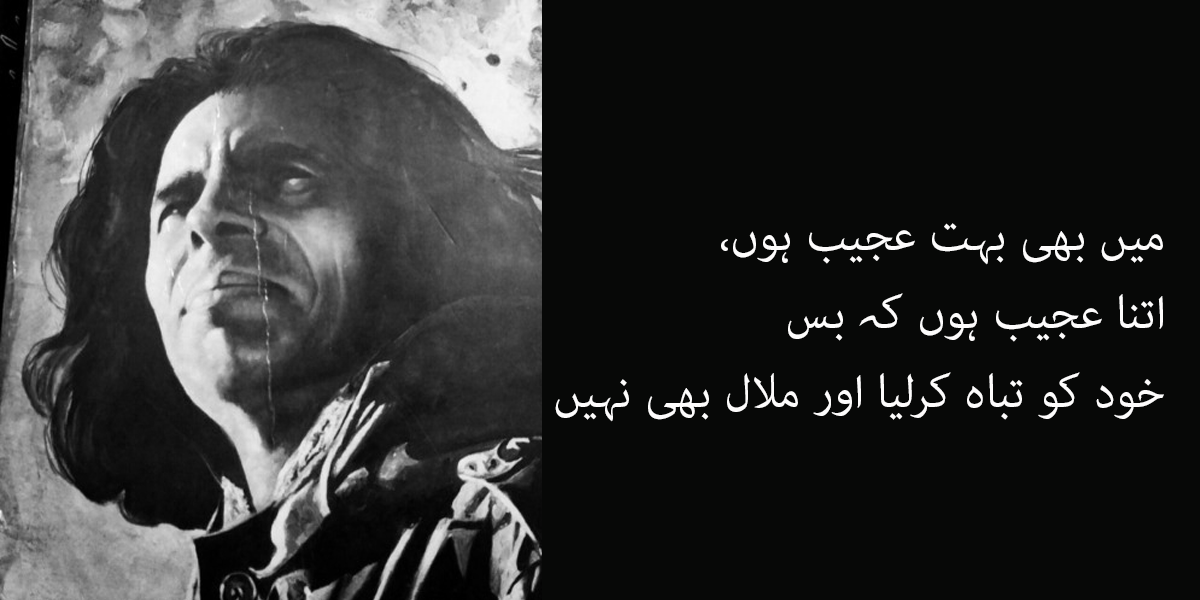 Jaun Elia was born in a small city of Amroha in India, Jaun was the youngest of his siblings. He found his love for Urdu, words, poetry and literature from his elder brother Rais Amrohvi who himself was widely known for his Urdu prose and poetry but before that, it was his father who fuelled his love for Urdu literature, art, and writing in young college-going Jaun. 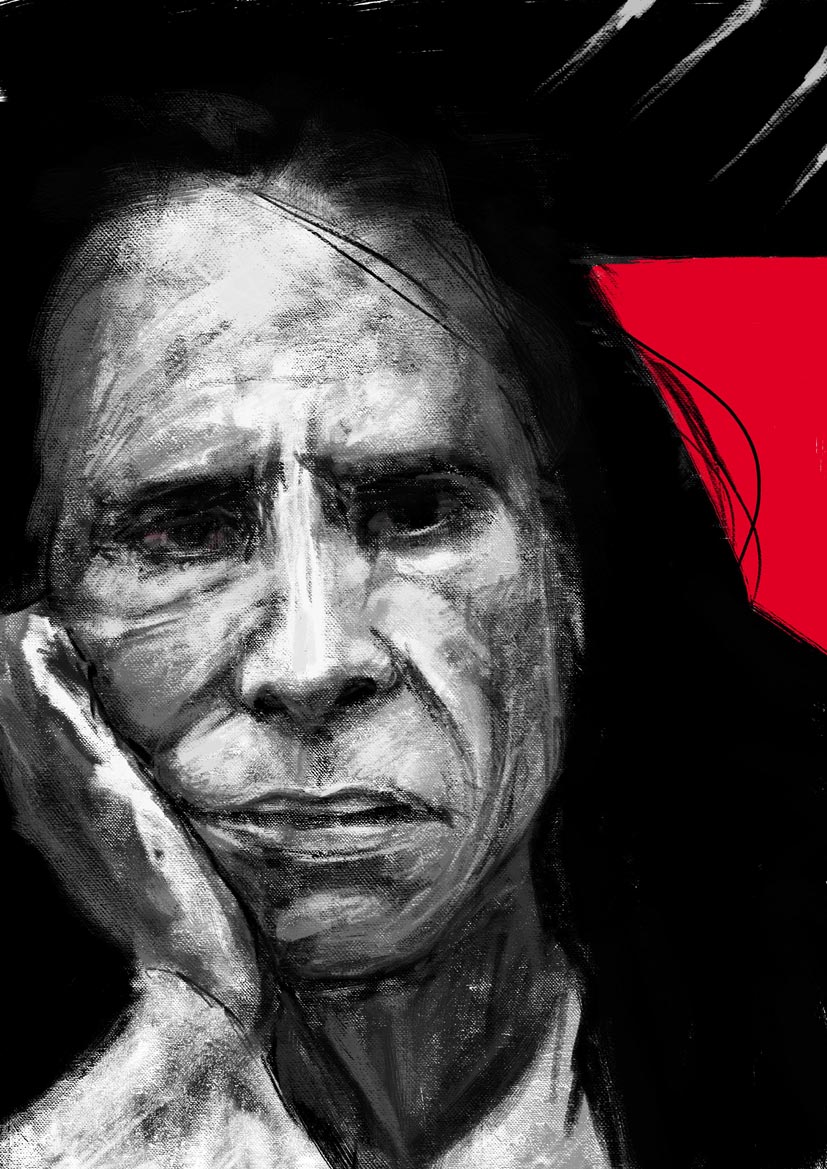 Migrated in 1957, Jaun was not happy for Pakistan to get independent and always felt that Pakistan’s independence was the wrong decision. However, a Communist by his ideology, he moved with his family to a newly formed homeland, where all he received was love, recognition, credibility, respect and integrity for his undying skill in Urdu poetry that reflected and showcased the bitter truth about society. 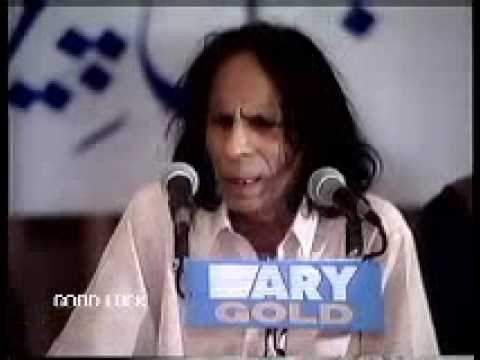 He was brave with his choice of words. His poetry is defined as bitter, straightforward, prudent and what he tried showing people through his work was the bitter and harsh realities of the society that he was breathing in. His work mirrored his frustration, agitation and displeasure towards his personal life, state that he was living in and the conservative society that was too shallow for his understanding.

However, he enjoyed incredible success and fame for his Urdu poetry and work that is still admired by millions of his admirers around the world.

It can be concluded that Jaun lived a very ‘unhappy’ life – and there were various reasons for that. He never got the woman he loved, he never got people sharing similar thoughts and ideology and all that reflected in his poetry.

Since today, the world of Urdu literature is marking his 14th death anniversary, here are some of Jaun Elia’s quotes that guarantee how deep and critical he was when it came to society, religion, people and love:

10 Things About “Working Mothers” Women Can Relate To
[QUIZ] – How Well Do You Know Allama Iqbal?
To Top