This Father Made His Little Daughter Do Something REALLY Disgusting and Unimaginable! 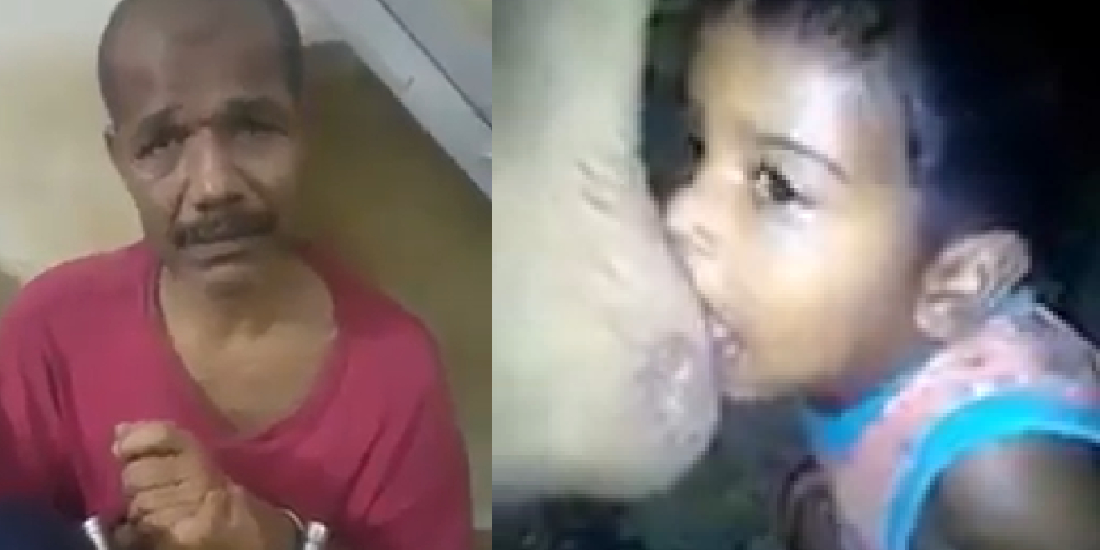 This year, Pakistan has actually witnessed more harassment cases than ever before. The emergence of Zainab’s case brought so many other cases to the surface. There were cases pouring in from all over the country and the world was shocked. Though, later on, the famous culture was carried off diverting the public’s attention from the real issue. It’s been practiced for years now that when something is uncontrollable and is putting a burden on the government and authorities, they try to bring in diverting news in media.

Yesterday, these two videos on the internet started circulating and people were shocked beyond belief. A guy from Lyari, Karachi, was seen filming the little girl where she was made to lick his feet and was brutally beaten amidst that. The girl is said to be 3 years of age and was obeying as she was instructed.

Somehow the video made it to Facebook and everyone is disgusted!

Later, another video was leaked too of the same little girl, where the act seemed very inappropriate…

Within 24 hours of the time, the culprit was arrested and was made to apologize. What’s sad and cringe-worthy part is that the guy who was behind this…. was the father of the little girl.

He’s in police custody and is guilty as charged

After the video was leaked, the culprit was identified by the people of Lyari and went straight to the house at night with police and got him arrested. A huge crowd was seen outside the house of the culprit and people wanted the guy to be dead; then and there. Police took him into custody and now he is locked up behind the bars. All we can hope is that he gets the right punishment so others could take some lesson from it before even thinking of doing such things.

Be it a kid or a grown-up, what is wrong, is wrong. Imagine the state of mind that innocent child would have when she’ll grow up. Sad! Have anything to add to the story? Write it in the comments below.

50,000 Schools to learn Virtual Reality through Google Expeditions in Pakistan
Why Malala Should Not Be Bashed for Playing ‘Holi’
To Top