The Hue And Cry Over US-Saudi Coziness

The past weekend was full of talks and memes about President Donald Trump’s visit to Saudi Arabia and what happened there. The most talked about aspect of the Trump’s visit was the handshake between Saudi Monarch and First Lady of the United States Melania Trump. Secondly, President Donald Trump’s participation in the sword dance with King Salman was another topic in the social media of Pakistan.

Long discussions between different segments of the society took place on the social media with many turning into sectarian quarrels. Internationally, however, the billions of dollar worth of arms deal was discussed where supporters and opponents presented their views on the deals.

Though the reasons are different in its nature both here and abroad, the main divide in the Muslim world was obvious between supporters of Iran and Saudi Arabia and its respective followers the of faith. A series of allegations and counter allegations continued almost the whole weekend between the major two sects in Pakistan. 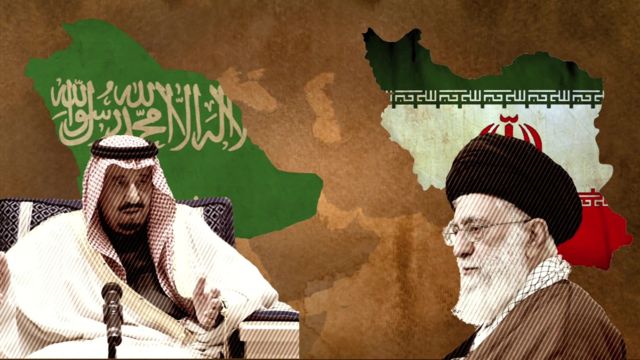 Apart from the social media, the Iranian Foreign Minister Muhammad Javed Zarif took to twitter to show his displeasure about the hundreds of billions of dollar deals including huge amounts that would be spent on arms sale. Saudi Arabia and Iran are at odds since the beginning and both accuse each other of proxy wars in the region by supporting opposite sides of the conflicts in Syria and Yemen among others. Iran is Shia dominant country with over 90% of the population being Shia while Saudi Arabia is Wahabi dominant with almost 85% of the population belonging to Wahabi sect.

The political rivalry between these two countries has engulfed almost the whole Muslim population. This rivalry is basically for dominance over the Muslim world and Muslims all over the world. Iran had been hit hard by the decades of US & UN sanctions over its revolution and pursuit of nuclear technology, feared by the western world that it could be used as a weapon one day. These sanctions never got into the way of its struggle to compete with Saudi Arabia over the dominance in the region. 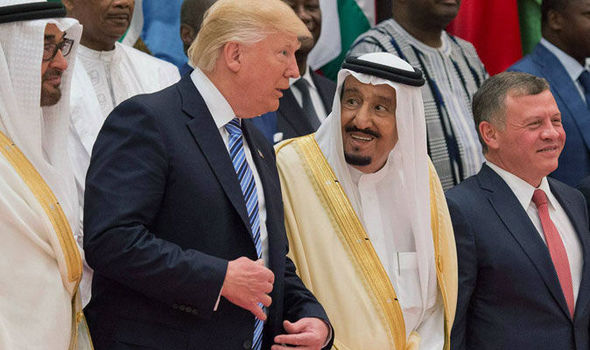 Recently, Iran’s nuclear deal with six countries to curtail its nuclear ambitions in return for removing of the economic sanctions has opened doors to the large amount of money which has enhanced its abilities to invest more in the power struggle and proxy wars in the region against groups supported by its rival.

Saudi Arabia shared its concerns and predictions that such deal would enable Iran to increase their influence in the region and used tactics to counter the benefits of the deal by dropping oil prices by increasing its production. The move which did little to hurt Iran considering it sustained tight economic sanctions and that its billions of dollars that were frozen in foreign banks were making way towards Iran. It, however, hurt OPEC and Saudi Arabia more as their profit margins dropped. The move also forced Saudi Arabia to cut down on its spending and raise taxes.

The two rivals who want more influence in the region and the Muslim world have used every strategy and tactics to further their goals using one the most important tool of making allies. Iran is close to Russia and Hezbollah, a militia in Lebanon. Saudis are aligned with the US, a close ally of Israel and regional powers in its efforts to contain Iranian influence.

Recently both Iran and Saudi Arabia are purchasing high-tech weapons to increase its security and its ability to gain upper hand. Such acquisitions worth billions of dollars are currently seen in the President Trump’s visit to the Kingdom that has infuriated Iran which for its part has successfully acquired high tech S-300 missile defense system from Russia recenlty.

I want to plea to all Pakistanis from whatever sect they are, that above all we are Muslims, which gives us enough reason not to fight. Secondly we are Pakistanis and have our own internal and external threats to deal with. Involvement in someone else’s war and its efforts toward gaining dominance of the Muslim world does not make any sense being a Pakistani.

We should be more focused towards our own goals of making Pakistan economically strong. It is about time we do not get involved in a debate and fight that does not concern us. Both Iran and Saudi Arabia are doing what is best for their interests and if we have to follow them, we should follow the same path of keeping our national interest first before committing our efforts and time on behalf of others.

To sum it all up, Pakistan Zindabad.