What all is involved in a taxi driver’s life; physical labor and not much exercise for the gray matter. One such driver was Anwar. He got his driving license from the back door. He did not learn how to drive a car, neither was he aware of the traffic rules and regulations. He was, however, a man with a generous heart, known for his hospitality. 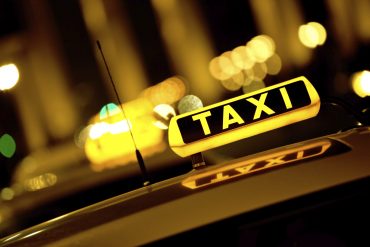 ​Overheard conversation, as he sat with his mates at a tea stall. “Tea keeps me on my feet”, have another, everything should be done in moderation”. “Tea is a milder addiction”. The conversation drifted to the price of petrol and passengers. “Things have become so expensive. I bought a kilo of meat for Rs. 150/-. It seems that if the price does not come down, it will be difficult for us to make ends meet”.

​One of the reasons why Anwar stood out amongst his mates was his wife. She never harassed him for extra money. The hard work that he put in was evident from his bronze rugged skin tone. Tanned from the hours, days, years that he had spent driving his cab, exposed to the merciless sun.

He was so vigilant that he pierced the distance with the sight of an eagle soaring in the skies and nose-diving to pick up the prey from the ground. Proof of his vigilance, “stop the thief,” cried the lady, whose purse had been snatched. Nobody moved from amongst the onlookers. Anwar from a distance approached the scene of the theft; “move aside” he roared “corner the thief.” The thief was a smart cookie. Dodging Anwar he entered the alley and hid behind a rubbish can. To the thief’s misfortune, a cat inside the can be scared of the noise the thief made, leapt out of it. Anwar pounced on the thief and recovered the money from him. 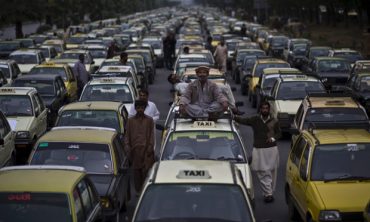 ​Like the lady above, his work led him to interact with persons from various strata of society. Sometimes there were persons from affluent families also. One bright sunny day when fate was to take a turn for Anwar, Mr. and Mrs. Ahmed sat in his cab. “We want to go to Nazimabad. Will you take us?” – “Hope in,” said Anwer. “We are going to this place for the first time. I hope you will be able to follow our instructions,” said Mr. Ahmed. After clearing a few traffic jams, they finally arrived at the destination. They got off on the main road and said they would manage on foot the rest of the way.

​To his utter surprise Anwar found a parcel on the back seat of his cab. This was when he stopped for a meal after dropping Mr and Mrs. Ahmed. The parcel had jewellery inside. He was somewhat anxious regarding how to locate them so that he could give them their parcel back. He searched for some form of identification, but to no avail. His friends tried to persuade him to keep the parcel. But he took pride in being honest and there was no way he would compromise over it. 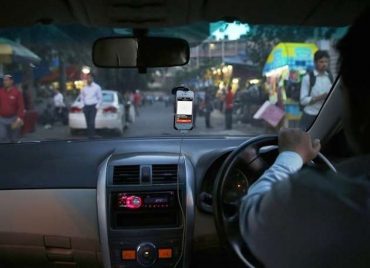 ​Little did he know that this parcel was to seal the fate of a couple about to be married? The couple was Ammar and Shagufta. Ammar and Shagufta had been engaged for a year. It was customary to give dowry to the daughter. Not to display wealth, but to support her in her new home, till she was self-sufficient.

​He reached home and asked his wife to keep the parcel in safe custody. Weeks passed, and lo and behold, he spotted Mrs. Ahmed. She was shopping in a market where he had just dropped a passenger. He hurriedly approached her and told her that she had forgotten a parcel in his taxi. She told him, she had searched for this parcel. She could not hold back her happiness and gratitude. “I was so worried. The parcel had jewelry, which was my daughter’s dowry. I had fallen sick due to the loss.” 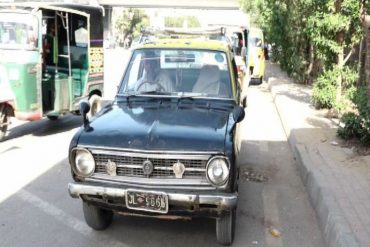 ​Anwar arranged for the jewels to be returned to Mrs. Ahmed. “We will expect you and your family at the wedding.” Mrs. Ahmed’s happiness knew no bounds. The return of the jewelry meant a big load off her delicate shoulders. Mrs. Ahmed just could not stop praising Anwar. She told everyone she met, about how honest he was and how difficult, it was to find people like him. She thanked God, five times a day when she prayed.

“Welcome, Anwar.” Anwar was welcomed in a big way at the wedding. All the family was eager to know him, although he was not a rich man and the other guests were all, well, rich people. But who could deny, that Anwar was ‘rich at heart’. The richest in the gathering at the wedding. He walked, in with his head held high. He felt so good, after returning the jewels. Although he was in a gathering of rich people, he did not feel lost as he was bestowed with ‘wealth’ of honesty.

​And as Shagufta wore the wedding band, she looked at Anwar and smiled, a smile of gratitude, before she was whisked off to her new home. Her wedding was memorable right from the beginning to the end. A new life, lay ahead of her, and as she entered the threshold of her new home and prepared to remove the heavy necklace, she heaved a sigh of relief, recalling all that had happened.