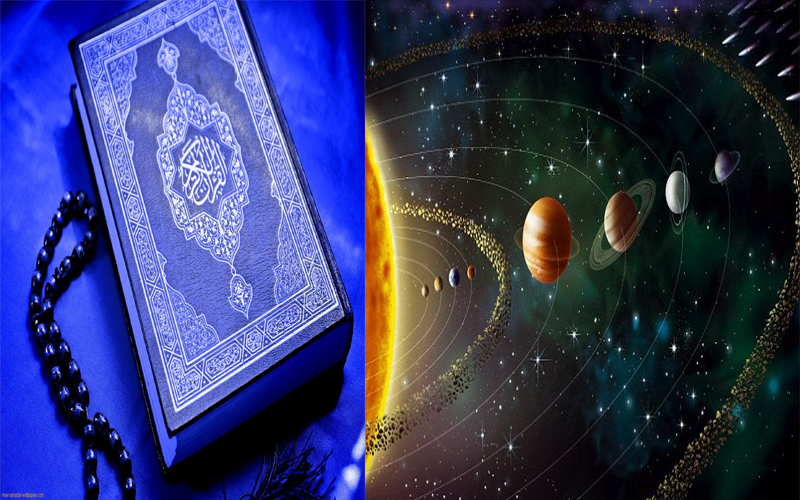 In an era where science has shown how incredible the human life is, there was a book revealed 1400 years ago which mentioned all of this in a manner we call a lifestyle, a perfect lifestyle. The Holy Quran is the book of guidance and it teaches us most of the science that is known to man. The Holy Quran was revealed to our Prophet (S.A.W) 1400 years ago, part by part in moments of need.

However, the Quran does not talk about only religion. Science is disclosing things that the Quran already has inscribed within itself.

The clouds and their formation 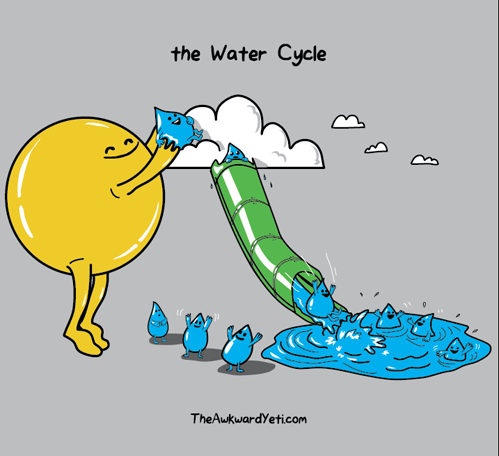 Science has led to many conclusions including evaporation of water to form rain in the clouds etc. but the Holy Quran has told us how the clouds are formed and how it causes them to rain. Allah (S.W.T) says in the Quran:

“And it is He who sends the winds as good tidings before His mercy until, when they have carried heavy rain clouds, We drive them to a dead land and We send down rain therein and bring forth thereby [some] of all the fruits. Thus will We bring forth the dead; perhaps you may be reminded.” (7:57)

“And We have sent the fertilizing winds and sent down water from the sky and given you drink from it. And you are not its retainers.” (15:22)

So the clouds are formed by water vapor according to science, but it was mentioned in the Quran 1400 years ago.

“Do you not see that Allah drives clouds? Then He brings them together, then He makes them into a mass, and you see the rain emerge from within it. And He sends down from the sky, mountains [of clouds] within which is hail, and He strikes with it whom He wills and averts it from whom He wills. The flash of its lightening almost takes away the eyesight.” (24:43)

The Planets and their Orbits 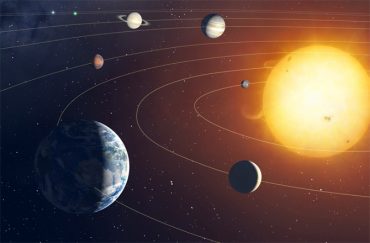 “And it is He who created the night and the day and the sun and the moon; all [heavenly bodies] in an orbit are swimming.” (21:33)

In this verse according to science and Quranic explanation, the daylight (Day) can be referred to the atmosphere of Earth, glowing and reflecting the light. The Night (Darkness) can be referred to as Dark Matter, mass or bodies that do not emit light or any other radiation.

Iron is an element and hence a metal that is used a lot in the daily routine and works of a human being. Ever noticed the atomic of iron? 26 is the atomic number of Iron. Well, iron’s existence and its use to man is in Quran, Surah-Al-Hadid(57), ayat 25 and 26 in which Allah (S.W.T) says:

“We have already sent Our messengers with clear evidences and sent down with them the Scripture and the balance that the people may maintain [their affairs] in justice. And We sent down iron, wherein is great military might and benefits for the people, and so that Allah may make evident those who support Him and His messengers unseen. Indeed, Allah is Powerful and Exalted in Might.” (57:25)

“And We have already sent Noah and Abraham and placed in their descendants prophet hood and scripture; and among them is he who is guided, but many of them are defiantly disobedient.” (57:26)

Fascinating, isn’t it? Modern knowledge and information all leads to what is already present in our “Book of Guidance”. We surely read it but do we know what we are reading?  “So which of the favors of your Lord would you deny?” (55:13).

Islam is perfect, I am not. May Allah bestow his blessings upon us.

At least 84 people killed during Attack in Nice, France – Is ISIS to Blame?
Qandeel Baloch Killed By Her Brother In Multan
To Top