The History Of Kashmir: Why India Chooses To Oppress Muslims Present There 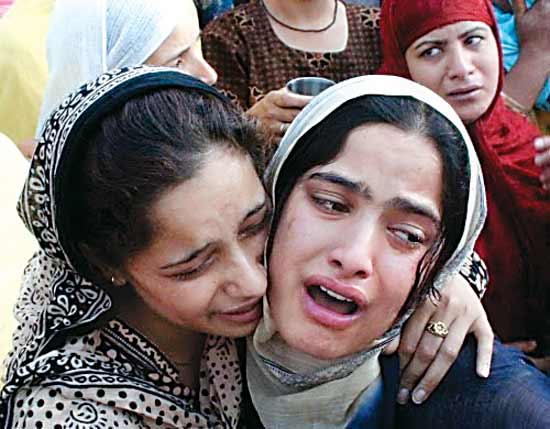 The Kashmir conflict has caused untold misery and destruction in Kashmir, both in life and property. It has also been the key cause of tension between India and Pakistan as rivals. The tremendous drain of resources incurred by the two countries on military build-up and arms-race including the acquisition of nuclear bombs is a result of their confrontation over Kashmir.

The official propaganda each government has directed against the other has created enmity, distrust and hatred in the respective populations of these countries against their “mortal enemy”. This has gone on for over six decades and there is no end in sight. This has poisoned the minds of Indian and Pakistani people. As a result we see political polarization and perennial tensions amongst the people that stand in the way of settling the issues like Kashmir and the normalization of relations between the two neighbors. In addition, another ghastly development has been the rise of political and religious extremism in India and Pakistan. 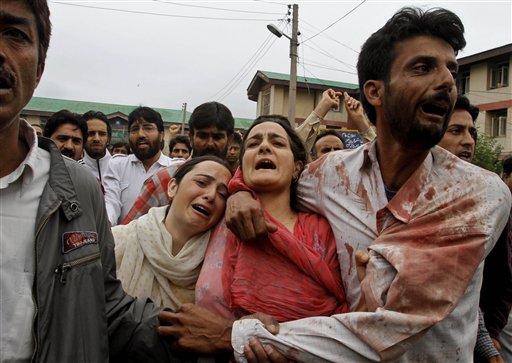 The growth of religious and political extremism in India and Pakistan is not new. But what is new is the general acceptance of extremist tendencies in the social and political fabric of the two countries are the preachers and high priests of communism, hatred and influence of mainstream politics.

In India, some political parties have been closely allied with Communist militant political Hinduism or Hindutva. The Sangh Parivar is the umbrella organization for all Hindutva parties. The aim of Hindutva has been to assert Hindu supremacy and Hindu communism in India by identifying India with Hinduism and Hindu rule. Hindutva organizations are influenced by the Rashtriya Swayamsevak Sangh (RSS) which stands for a Hindu majoritarian rule. The Bharatya Janata Party (BJP) is the leading political party of India that stands for Hindutva doctrine and Hinduising the entire country. Jawaharlal Nehru had once warned that if fascism would arrive in India, it would arrive in the form of majoritarian (Hindu) communism. His words and warning were almost prophetic.

Of course, the main targets of Hindutva have been the Indian Muslims in the first place, followed by low-caste Hindus–formerly “Untouchables”, now called Dalits and Christians. Over 150-million Indian Muslims are a religious minority in India. Since the unfortunate circumstances that led to the partition of India in 1947, Indian Muslims have come under enormous pressure. They have gradually found themselves at the mercy of Hindus, politically marginalized and socially alienated in their own country. Even their national status and loyalties became suspect. They are “Muslims first”, so how can they be “true Indians”? And, why are they in Hindu India anyway if they don’t like India or complain about their lot in India? They can just pack up and go away. They are ‘Pakistanis’ and should migrate to their own country!

Such views and political developments in India have left Indian Muslims in an extremely difficult situation. In 1992, Hindu militants destroyed the sixteenth-century Babri Mosque in Ayodhya while the state authorities stood idle by. Then the Indian Prime Minister promised to re-build the mosque. The promise was not kept. Instead a temple was raised on the site of the destroyed mosque that provoked religious frenzy and communal passions. Three thousand people, mostly Muslims, were killed in the ensuing riots.

Two thousand Muslims were massacred in 2002 in Gujarat, which was a full blooded program which took place under the state government run by the BJP. The New Delhi rulers did not intervene to stop the massacre of Muslims. Attacks on Muslim holy places and people have increased in recent years. In one attack by Hindutva activists on a mosque a Hindu lieutenant-colonel of the Indian army was arrested for his involvement in the attack.

For the last six decades India has maintained its occupation of the Kashmir Valley by political manipulation and brutal military force. The massacres of the Kashmiri Muslims by Indian forces amount to war crimes under international law; however, the ultimate responsibility for this genocidal policy lies with the New Delhi rulers.

Recent Posts
Trending Posts
11 Most Emotional and Heartbreaking Quotes From The Cursed Child
5 Amazing Things You Didn’t Know About Your Eyes!
To Top