'The Girl In The Trunk Of My Car Is My Niece, Not Maid' - Advocate Fights Back! 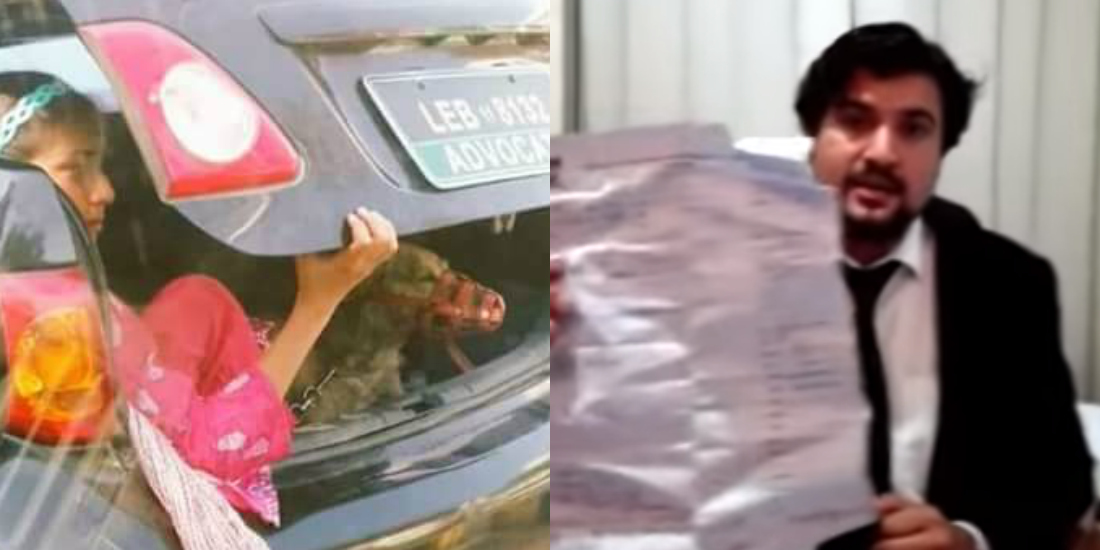 After a picture of a little girl and a dog did rounds on Pakistan’s social forums, it was presumed as a classic case of child-labor-cum-slavery. The picture was uploaded by a resident of Lahore who had caught the scene of a little girl in a trunk of a car along with a dog and stated it as a case of child labor. Since then, the Advocate, who the car belonged to – named Omar Ejaz Sheikh has hit back at the source and credibility of the assumption. 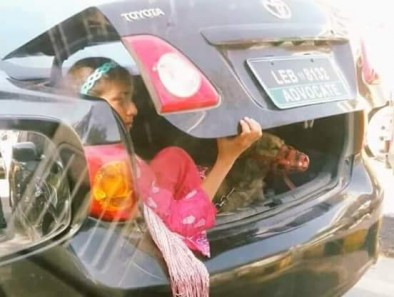 According to the Advocate, the girl in the trunk of the car is not a maid, but his niece (bhateeji) who was taking her pet dog to the vet. He further added that the dog had been poisoned and was seriously ill and nearing death. The girl had stayed home from school to take care of her poisoned dog – the dog’s face was covered as it was secreting toxins and other internal chemicals through the mouth and the rest of its body because of the poison.

The Advocate further said that his niece had called him and asked him to take her dog to the vet. He conquered and took them both along to a vet in Lahore. He said that the dog could not be kept in the car as it was blaring foul smells and the little girl decided to sit with the dog in the trunk, instead of the car, as the dog could have jumped out. 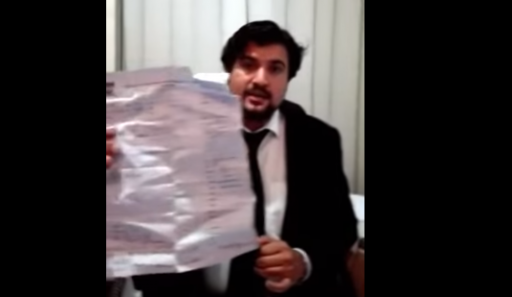 The news since has defamed Omar Ejaz Sheikh and his family, he emphasized that the person who took this picture did not care when he was stuck at Lahore’s Mall Road if the dog was enjoying in the trunk or actually sick, if the girl was his niece or a little maid.

However, even after the Advocate’s statement, the majority of people still see it as a case of child labor and further think the Advocate is now trying to make a run for his life, instead of accepting the fact. Meanwhile, the Advocate has also presented a receipt of the veterinary from which the dog was treated. Us, as a credible source, always try to cover both sides of the story – and this is our little effort to help the Advocate clear his name if he is right and patent.

The Forgotten Hero Of Pakistan – Dr Abdul Qadeer Khan
This Britisher Took a Picture with a Plane Hijacker!
To Top