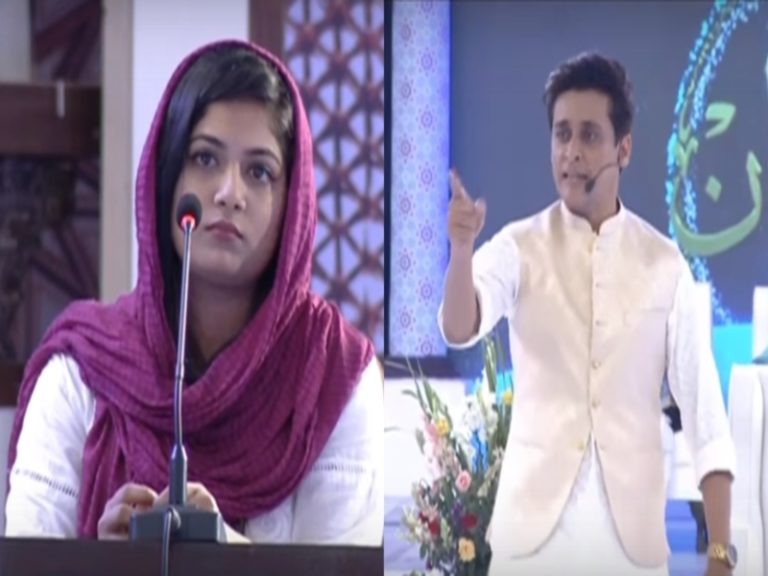 A lot has been going on this Ramadan, and many of you might know, an incident recently took place at the live Ramadan transmission of Sahir Lodhi’s show, where he bashed a girl, Saba Rizwan. Just like so many other celebrities, Sahir, too, has started his own ‘thing’. Call it a trend or what; these transmissions are aired before and after Iftar during Ramadan, and the activities they engage the audience in, is absolutely bizarre!

Sahir Lodhi bashed a girl last week during his live transmission and things got ugly! The incident took over social media like a storm, and the public couldn’t control their anger over Sahir’s deplorable act in which he brusquely interrupted the girl while she was reciting a poem. Sahir didn’t understand what she said and took things in a very negative way, and addressed a whole new issue which made incident go viral! 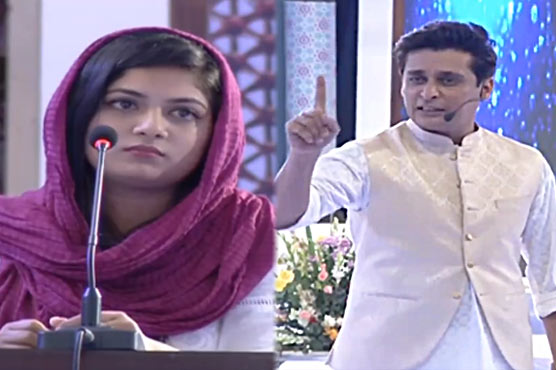 But, Saba made a video response in which she ‘finally’ had the chance to complete her poem and upload it on social media. Little did we know, the video went viral and won so many hearts!

Saba will soon be hosting her own show! Oh yes! You show ‘em girl! According to the reports, The show will be aired after Ramadan in which she will discuss topics on women empowerment, their rights in the society, and other issues related to women.

We believe that the incident gave Saba the power to speak up and show the world (and Sahir, of course) how things are done the right way, with respect, and without having the need to bash someone.

We wish Saba good luck for her soon-to-be-aired show and we know she’s going to do an impeccable job! At least we know she’ll listen to her audience and guests, and not interrupt them. *Wink Wink*

The Harassment Feed – “Loug Itna Tartay Kiun Hain?”
These Muslim Doppelgangers of Kim Kardashian and Kylie Jenner Are Breaking The Internet!
To Top