The Forgotten Figures of Pakistan: The Untold Legacies Of Women Who Shaped Pakistan.

The month of March is proclaimed to be “Women’s History Month”  by many countries of the world. Therefore, it is an ideal month to unveil the legacies of women who shaped Pakistan. Enabling us to give credit to all the strong women who laid the foundational stone towards gender parity. In the patriarchal culture, women are normally held in low esteem and have limited freedoms.

Therefore, women’s stories have remained silent in the making of history. Many courageous women fought inequality and worked towards the development and progress of the society. These women are a sign of strength and have been a source of inspiration for women.Their work to break down barriers has allowed many women to reach out to their dreams and ambitions without resistance. 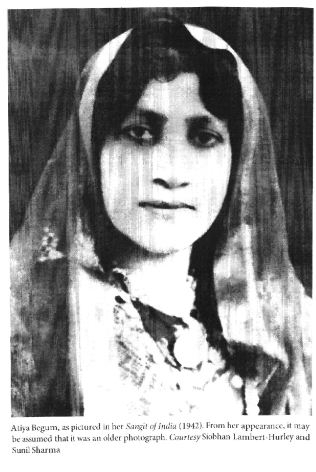 She was the first Indian Muslim woman to get educated from London 1906-7. Later, she joined numerous women’s organizations and contributed to many women based journals. Thus becoming the voice of modern women.Atiya Faizi was a trend setter for the future women of the Subcontinent. Women who are educated, Independent, have equal opportunities and the right to self-determination.

Read Also: These Ambitious Women And Their Prolific Achievements Saved 2016 For Pakistan!

Atiya Faizi inspired women to study and pursue their dreams. To name a few women who shattered the glass ceiling were:  Shireen, the first woman who passed MBBS examination in 1934. Sakina Mewzada was the first to pass an L.L.B examination and started her practice at the Bombay High Court in 1941. Zubaida Manor was the first Muslim woman who became a Banker and was the educationist in the USA in 1944.

Fatima Sughra, a 14-year-old on February 1947, bravely risked injury to hoist her green dupatta in replacing the Union Jack on Punjab Government Secretariat building in Lahore making it the first flag of Pakistan. This was a significant act in the light of the fact that many women had never stepped outside their house for a protest and once they did they showed such passion. Fatima Sughra has received a gold medal of service from the Government of Pakistan. 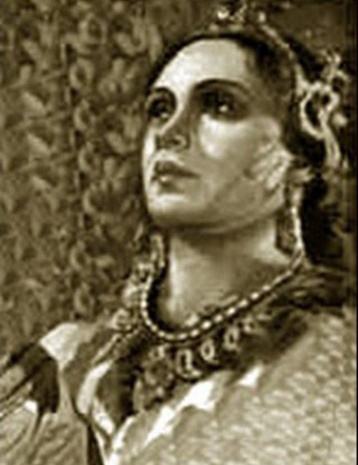 A Masters Graduate from Punjab University, first General Secretary of Islamic Association of Women in 1908,  Honorary Inspector of Bombay Municipal Corporation.Publisher of a newspaper “khatoon”, Founding Principle of Jinnah Islamia college for girls and was the provincial President of Muslim League.

During her political struggle she advocated for the equality of women in the Pakistan Movement and after Independence, she took steps to unite women separated from their families during partition. She demonstrated that women could not only take an active part in politics but also occupy a remarkable place in the history of the freedom Movement. 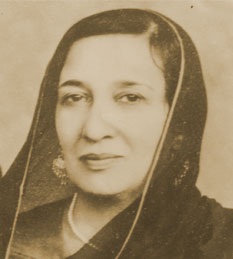 She was the force behind the resolution against polygamy in 1918. She remained the Provincial President of All India Muslim Women’s Conference for seven years and became the Vice President of the Central Committee of the All India Muslim Women’s Conference. She became a member of Lahore Municipal Committee. She was a member of the All India General Committee of Red Cross Society and was a woman delegate to the round table conference 1930.

In 1935 she founded the Punjab provincial women’s Muslim league. She ensured through the Government of India Act 1935 that women should not be discriminated in government service and business activity.In 1937 she was elected as a Member of the Punjab Legislative Assembly and was appointed Parliamentary Secretary for Education, Medical Relief, and Public Health. It is due to her efforts that women in Pakistan can secure any position as a government servant and are treated equally for employment purposes. 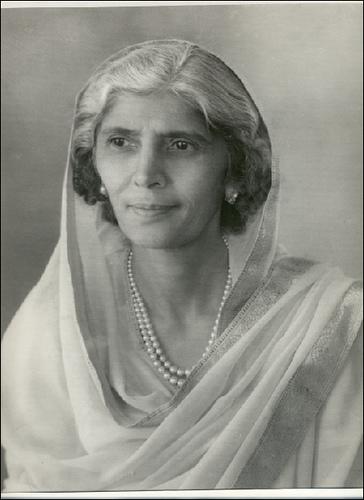 Fatima Jinnah attended Dr. Ahmed Dental College at the University of Calcutta in 1919 and opened a dental clinic in 1923 in Bombay. She was a member of the Working Committee of Bombay Provincial Muslim League till 1947. She initiated All India Muslim Women Students Federation(February 1941) and Women’s Relief Committee, which later formed the All Pakistan Women’s Association.

She was a close associate and an advisor to Muhammad Ali Jinnah, The Founder of Pakistan. Her legacy is associated with her support for civil rights and her struggle in Pakistan. She is referred as Madar-e-Millat (Mother of the Nation) and Khatun-e-Pakistan (Lady of Pakistan). She ran for President as a candidate of the Combine Opposition Party (Cop) in 1964, making her the first female candidate for Presidency in Pakistan.

These strong women have provided hope to Pakistani women that in face of opposition from all corners women can progress, achieve success and leave a mark in the economic, social, cultural and political development of a country.  Since then women have undoubtedly progressed in this region, but more needs to be done. Let’s all try and take steps in order to achieve gender equality in Pakistan, where the population of women is approximately between 49-51%.