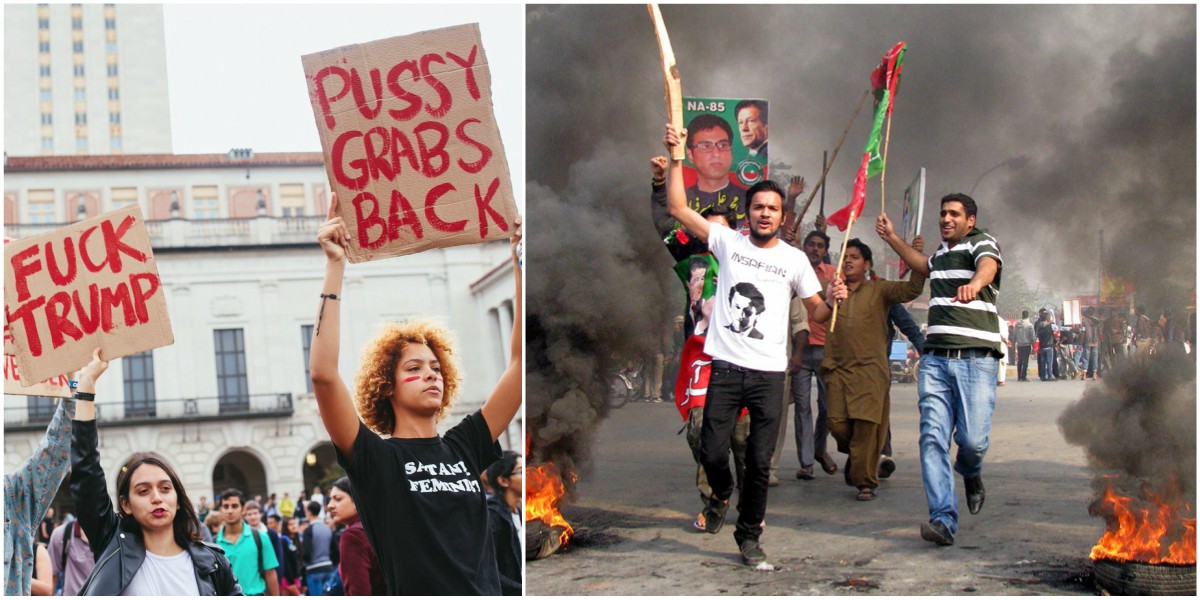 The most important thing after a fair election is to accept the results of the said election. Democracy is a numbers game and the one who receives the most numbers wins. Be it the popular vote in most countries or the electoral college votes in the United States, the part with the most numbers wins!

To undermine and reject the decision of the ballot is considered as poor taste and extremely undemocratic, especially if there has been clear evidence of not voter fraud being committed.

Since the announcement of the Trump candidacy winning the most electoral votes this US election, the democratic voters have taken to the streets in its protest.

No! This is not the same as the PTI protests!

Since there were major discrepancies and inconsistencies that were reported during the Pakistani election of 2013, the protests following it made complete sense and Pakistan is truly in dire need of electoral reforms that would ensure credibility.

To see a country and a group of people which boasts on its democratic values, suddenly behave like this, is frankly an embarrassment to everything they stand for and everything they’ve been trying to teach the world!

The protests will only cost money and lives. It’s time the protestors grew up and realized what they’re doing is not progressive at all! 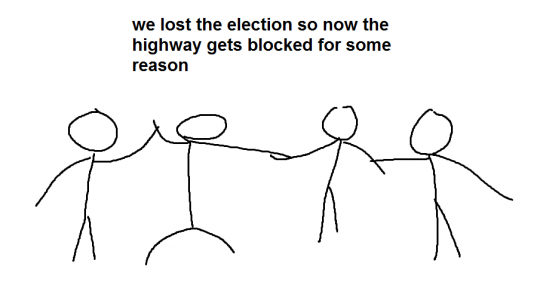 Here’s How Trump Supporters Are Treating Muslims and Other Minorities On The First Day After Elections
7 Things A Desi Would Ask His/Her Friends For, Who Are Coming Back From USA
To Top