[TUTORIAL]: How To Use Istikhara As An Excuse To Break Up With Someone 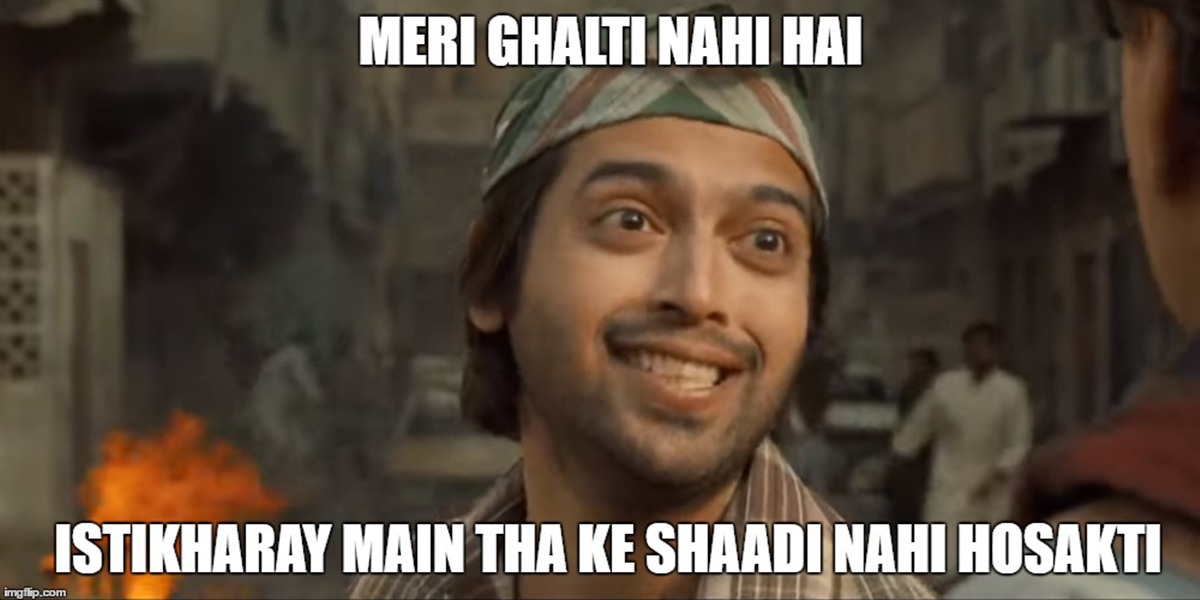 She was overwhelmed when her close acquaintance asked her for marriage but she didn’t allow the emotions to overflow. She replied ‘‘I need some time to think about it’’ –Kyunkai Nakhray dikha ke apne larki honay ka saboot bhi tou dena hota hai. Meanwhile, another close friend sneaked in with a marriage proposal. Having already fed her female swagger earlier, she could no longer keep things in her hands. As it turned out to be a matter of making a choice between two, she decided to take the divine help. ‘Istikhara kar ke bataaungi’ was a reply received by the second dude.

She performed ablution, covered her head, recited verses from the Holy Scripture, offered Isha prayer and arrived at bed for the disclosure of chosen one. She closed her eyes and intended to seek the heavenly assistance in making the best choice. ‘The first guy is smart’ – One part of her brain echoed. ‘The second guy is richer’ – the other part of brain stepped in with its opinions to trigger a war of thoughts inside the cranial vault. ‘The first guy is more mature’…..’the second guy more caring’….’the first guy has a smaller family’…..’The second guy has a better sense of humor’…..

Ahhh cut it out, you good for nothing mind! Let me concentrate on the color game. A green vision means “Qabool Hai” and Red means “Aap Hamain Bilkul Pasand Nahi Aaye” – She overpowered the thoughts of her alter-ego and recited the holy verses again. ‘The first guy’s beard though’ – was the last thought that came to her mind before falling asleep.

‘Yaar I am sorry, I don’t know what is taking him so long, shayad chilla kaat’nay chalay gaye hain’ – said the boy of then, who is now a man with gray hair and a bald patch.

Dilemma of Polio Vaccination in Pakistan
Telenor Joined Hands With Beaconhouse Students And Broke An Enormous World Record!
To Top