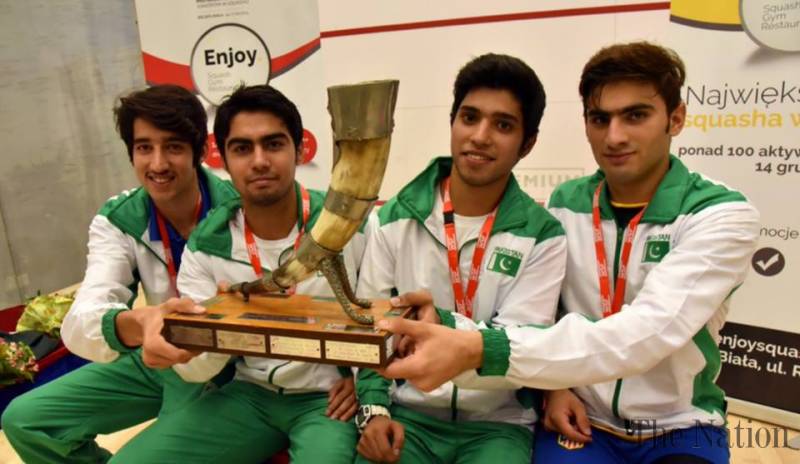 The news could not have come at a better time than this. We recently we heard that all Pakistanis have been knocked out of Rio Olympics 2016. However, second-seed Pakistanis shocked top-seed, and defending champions, Egypt 2-1, to win World Junior Team Squash Championship. This will add to the five previous titles that Pakistan has won in the same competition.

Sure, there is a lot happening in Pakistan right now- not fully participating in the Olympics, kidnappings, honor killing and what not. But these youngsters gave us a ray of happiness and hope that maybe, Pakistan can do just better.

The title is special to these young Pakistani athletes as it brought an end to Egypt’s dominance, who were on course to win their fourth consecutive tournament. The championship that was held in Bielsko-Biala, Poland around August 7 to 16 attracted players from Germany, India, France, Spain, England, South Africa, and a few other nations as well. 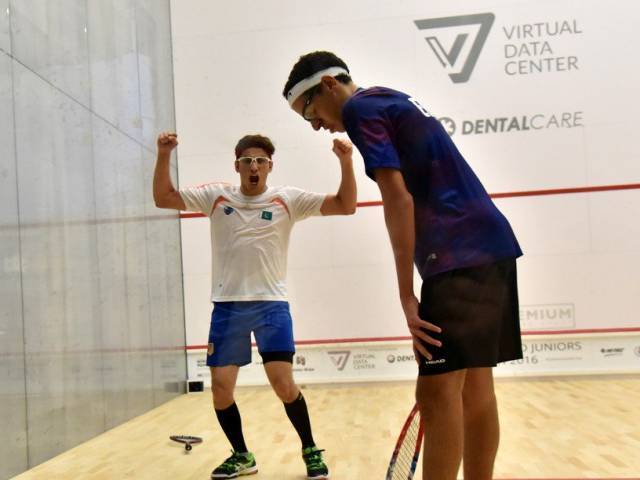 At first, Pakistan beat Germany 3-0 and Hong Kong 3-0 in the group stages. However, in the final match Pakistan met Egypt, and gained early advantage as Israr Ahmed defeated Saadeldin Abouaish in the opening match with scores of 11-9, 11-9, and 11-9.

Nevertheless, Egypt were not going to hold back and let someone overpower them as Youssef Ibrahim defeated Pakistan’s Ayaz Ahsan in the second round with scores of 13-11, 11-13, 11-5, and 11-6.

Finally, it was Pakistan who gained an upper hand in the draw-breaker match that tied the two nations at 1-1. Abbas Shoukat defeated Marwan Tarek 3-1 in third round to secure Pakistan’s sixth junior trophy, first since 2008.

The news met Nawaz Shareef, and he sent a message to the young champions:

“My heartiest congratulations to the entire Pakistan team, Pakistan Squash Federation and above all to the entire nation for the great victory,” he said.

“Inshallah (God willing) with the prayers of the entire nation, Pakistan squash would once again achieve its rightful place,” he added.

In our opinion, Pakistan should continue to build and support its sporting activities by allocating more budget, and using good governance. With only seven athletes representing Pakistan in global events such as Olympics 2016, once-giants national hockey team failing to qualify for Rio 2016, and with crumbling national stadiums the situation is absolutely dire. Preparing and participating in tournaments such as these highlights young prospective talents from across the country, and this is what Pakistan needs to revive sports.

Coke Studio Saved Pakistani Music Industry from Being Obsolete and Forgotten
Too Much Freedom? Mall Security In Karachi Beats Up Boy
To Top