One of the most heart-wrenching incidents of the year happened three days ago in the Tezgam express. Around at least 70 people were reported dead. While more than 13 injured on the very same day of the incident. The fire was engulfed due to the explosion of a gas cylinder. It was brought by one of the passengers who were boiling eggs on it when the cylinder exploded inside Tezgam.

It has been three days past this painful incident, and people are still looking for their loved ones. According to the reports at least 50 persons from Mirpurkhas and Umerkot districts are still missing. The burns were so extreme that the bodies are unrecognizable. So DNA tests are being carried out to identify the missing persons. 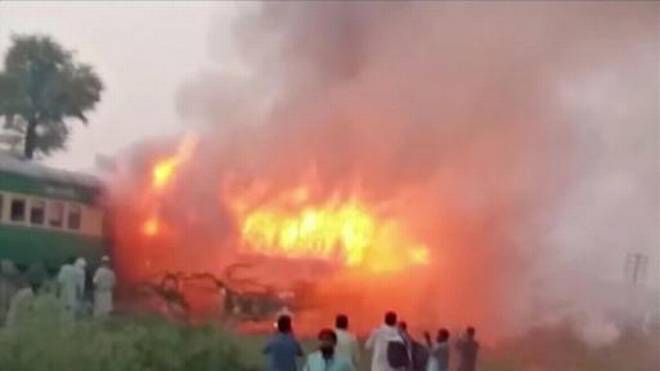 But for the identification, it is important to be provided with a DNA sample. Hence, families of the missing are being brought to Rahimyar Khan.

On Saturday, Syed Attaullah Shah Bukhari, Mirpurkhas Deputy Commissioner arranged transport for 16 persons from the families of the missing persons to provide their DNA samples. They were brought to Rahimyar Khan by road. However, many families traveled to Rahimyar Khan at their own expense on Thursday and Friday. It has been informed to them that the reports of the DNA tests will be shared after seven days.

However, the number of missing persons from the Tezgam as reported by the Official sources in the DC office is confirmed to be 45. But unofficial sources quote the figure to be 60. 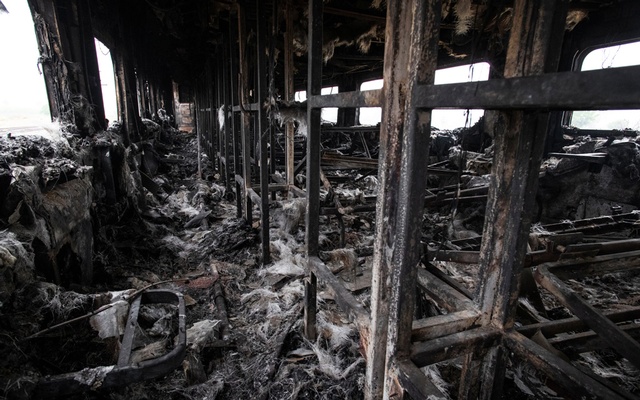 13 Victims Of The Fire Laid To Rest

13 victims of the Tezgam incident were buried on Friday. Seven of them were laid in Mirpurkhas and six in Umerkot. Meanwhile, another victim of the fire belonging to Mirpurkhas named Muhammad Liaquat died on Saturday in a hospital in Multan during the treatment.

Five residents from Umerkot who belonged to Kunri which is a small town in Umerkot are also reported missing. Two of them were brothers Yaqoob Bhatti and Yousuf Bhatti. Kunri is the same land where six victims of the Tezgam Express fire incident were laid to rest on Friday. 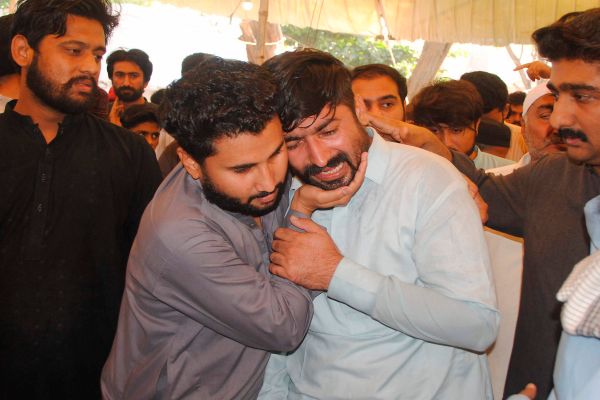 Two among the eight injured persons, all of who also belong to this small town Kunri, have returned home after the treatment. However, six of them are still under treatment in a hospital in Punjab.

The families of two persons hailing from Pithoro taluka of Umerkot named Abdul Rehman Arisar and Abdul Wahid Arisar are also dreading for them to be identified among the dead.

The three bogies of Tezgam Express from Hyderabad Railway Station that were melted away in the high degree fire were reportedly carrying more than 80 persons from the two districts. All of them were traveling to Lahore in order to attend the religious congregation in Raiwind.

Condolences From The Authorities

PM Imran offered his condolences to the families of the victims. He also orders ‘immediate inquiry’ into the Liaquatpur incident.

Deeply saddened by the terrible tragedy of the Tezgam train. My condolences go to the victims' families & prayers for the speedy recovery of the injured. I have ordered an immediate inquiry to be completed on an urgent basis.

Sheikh Rasheed, the Minister of Railway, has informed that an inquiry will be held of how an explosive item like a gas cylinder was slipped into the train.

However, according to an eyewitness of the incident, the train was set to fire because of an unrepaired ceiling fan. It had nothing to do with a cylinder.

Trains are the most economical means of traveling to people. This one incident alone has put so many families into a grievance only. So whether it was the irresponsibility of the passenger or the railway measures are needed to be taken to make them more secure. Because more lives cannot be put at risk of such an incident again.