Terrorists Behind Bangladesh Attacks Were Inspired by this Famous Muslim Cleric 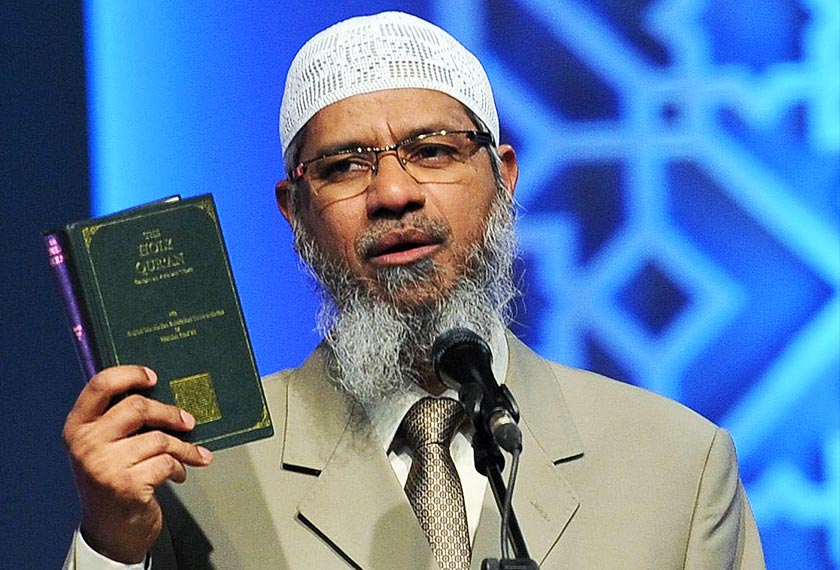 The Indian doctor turned religious cleric first started off in the early 90’s, founding the Islamic Research Foundation and and several other organizations and schools aimed to providing education to children, especially for those who could not afford it.

At the time this ‘generous’ gesture was seen to be a model of good faith, and an emblem of the modern contemporary Muslim’s good deeds to follow. Today, that once-inspiring and charitable act is now viewed in a completely different light.

Basing his talk shows in Dubai, Zakir Naik’s programs have been accused of inciting radicalist behaviour and extremist attacks.

Recovering from the multiple attacks on secular activists and religious minorities, Bangladesh has been struggling to stabilize its precarious position. After a number of the suspected extremists were discovered to be fans of the television channel that aired his programs, the government was quick to take preventative action. Peace TV has now been banned by Bangladesh’s cabinet committee as they’ve regularly broadcasted Zakir Naik’s speeches and lectures.

His entire ideological school of thought has been accused of having been compromised with seemingly bigoted remarks and highly metaphorical analogies.

RIP logic. I have never heard anything lamer than this #ZakirNaik pic.twitter.com/BKtIMkBfds

The Indian Muslim preacher, banned from entering the UK for his “unacceptable behavior” in 2010, was believed to be a threat to national security, public order, and the safety of the country’s citizens. It is now becoming rapidly commonplace opinion that his views glorify terrorism and promote violence amongst different groups.

Banned in countries all across the world ranging from the United Kingdom to Malaysia and Canada, Zakir Naik’s Peace TV is viewed as a fundamental part of emerging radicalist behavior in the South Asian region specifically.

That’s not all, though. His questionable refutations have become a household joke in those who follow his lectures and Q&A sessions.

Zakir Naik got self-radicalized after listening to his own speeches on YouTube. He’s a victim too. #StopYouTube

If you search for Zakir Naik’s videos, YouTube will suggest Zakir Khan as well. The latter is a far better comedian.

Why blame Zakir Naik alone. There seems to be at lease one of his kind at our dinner table who believes a wife should know her place.

“The answer is, Islam rocks. What’s your question?” – Zakir Naik

With recent allegations prompting his name to come under the crossfire of the origins of these extremist attacks, Zakir Naik is to be officially questioned upon his arrival in India.  Citizens had been questioning his free reign and ability to preach without a monitor or overseeing body to review the content of his talks, but now, it seems state institutions have boarded the similar train of thought.

The blatant fear upon finding out the attackers were well educated and had easily accessed Peace TV and Zakir Naik’s talks, prompted the Bangladesh government to take action. Given the last few weeks of gruesome and unprecedented attacks, the preventative action did not seem out of line.

However, is it truly the best route to take, especially considering the questionable content is still viral and easily available?

When will @MVenkaiahNaidu @PMOIndia do something about #ZakirNaik broadcasts on TV? Even Bangladesh has taken action

Banning Zakir Naik’s programmes from the channel they are broadcast also hasten to ban free speech and shows that might actually prove to educate Muslims and non-Muslims responsibly.

How frightening is it how they can smile with such ease and look like just any passerby. source: theindianexpress

Hopefully this is the right step to take in war on terror, and that we can distinguish the religion from the acts of destruction.

What Pakistani TV Drama Is Your Life?
9 Stupid Questions Skinny People Get Asked!
To Top