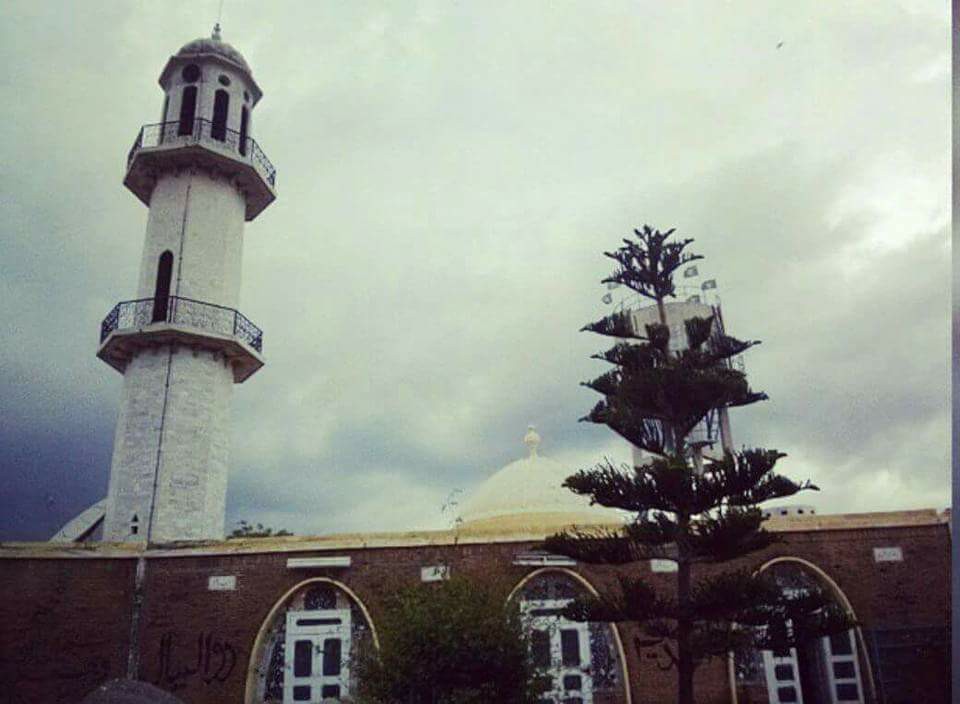 A large gathering of people set out to celebrate Eid Milad-un-Nabi converged towards an Ahmedi Mosque in Chakwal, and tried to gain control of it. Reports say that local clerics had been asking the Ahmadi community to hand over the control of Baitul Zikr to them but, did not get any satisfying reply. Consequently, the mob drove out the worshippers from that Ahmadi mosque, and took control of that place. 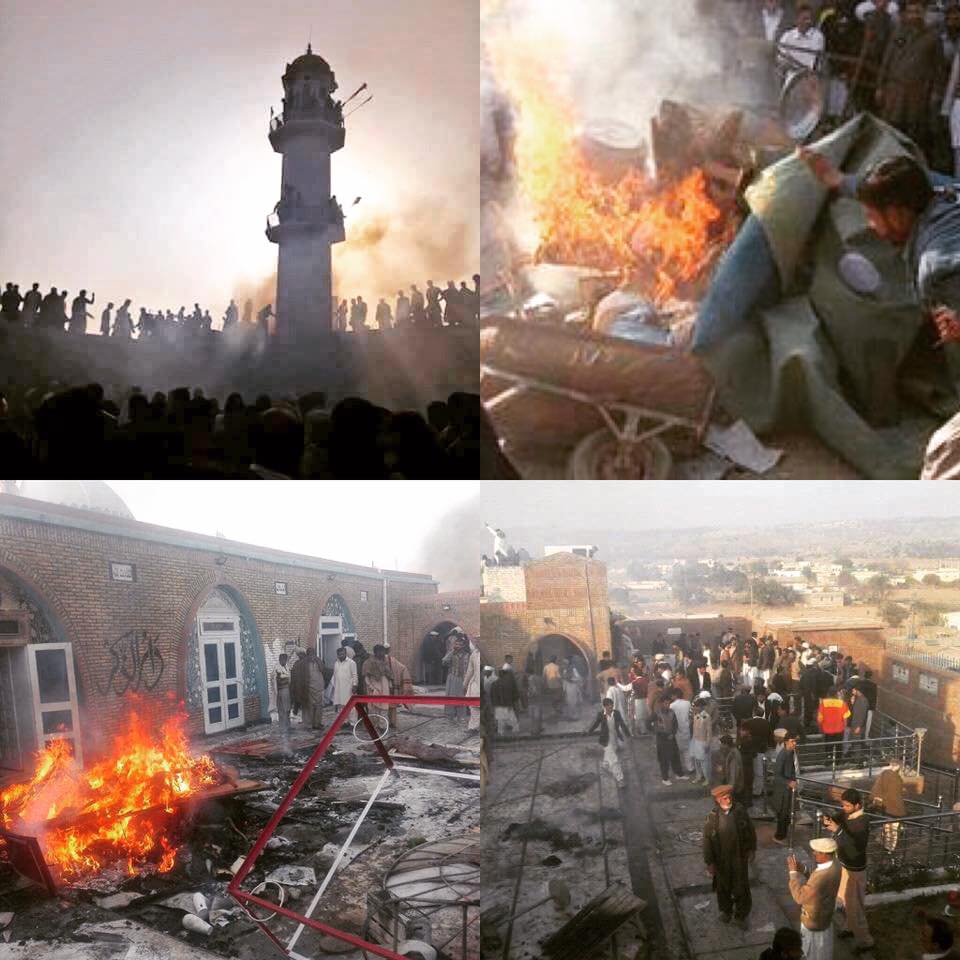 The overjoyed mob reported being 1000 in number, set out specifically to find Ahmadis. Previously, the worshipers inside their mosque had locked the gates from the inside and refused to leave the building. At this, the protesters, and alleged lovers of Holy Prophet and his teachings surrounded the building and raised victory slogans. They were dispersed when Police arrived.

However, the crowd gathered again outside the same place while celebrating Eid Milad-un-Nabi. They carried weapons and batons; raised pro-Islamic and anti-Ahmadi slogans, and also threw stones. Police arrived and quickly helped evacuate the Ahmadis from inside or near the building after which these so-called followers of Islam gained control of the place. The attackers then took out furniture and carpets from the Ahmadi mosque and set fire to it. The building was also washed in order to “purify” it of all Ahmadi or “infidel” influence. 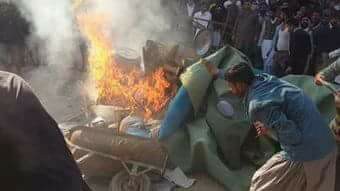 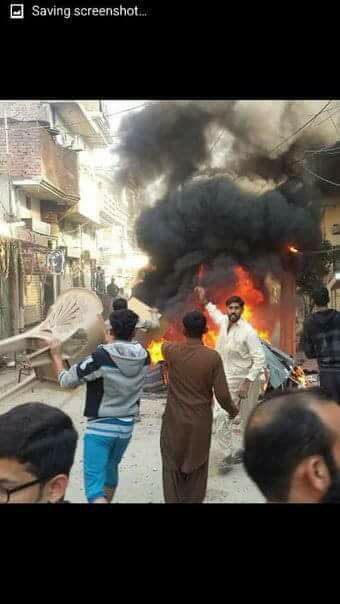 As always, the Punjab Government has taken notice of the incident and has vowed to bring the criminals to justice after carefully analyzing the matter. The Punjab government tweeted, “As per the details, a misunderstanding developed between the two groups. Home Department is vigilantly following up the issue.” What we should now realize is that this Ahmadi issue, along with all other similar ones, will never get solved.

The police and administration are making all out efforts to resolve the issue amicably.

Punjab Government believes in fair application of law irrespective of any discrimination of caste, creed & color.

Punjab Government believes in fair application of law irrespective of any discrimination of caste, creed & color.

Christian colony was burned down and terrorized, Ahmadis can’t practice their own belief, even Hindus are not safe.  It is common that a large number of Police is deployed in the major centers for Ahmadis in Model Town Lahore and Garhi Shahu during Eid Milad-un-Nabi. Why is it that such a blessed day for the Islamic history and even the whole mankind is turned into a potential death day for a minor sect in Pakistan?

Just recently, Prime Minister Nawaz ordered Quaid-e-Azam University to rename its National Center for Physics after the Pakistani Nobel Prize winner Abdus Salam. However, local clerics and theocracy of the country are such that they are against this decision as well. 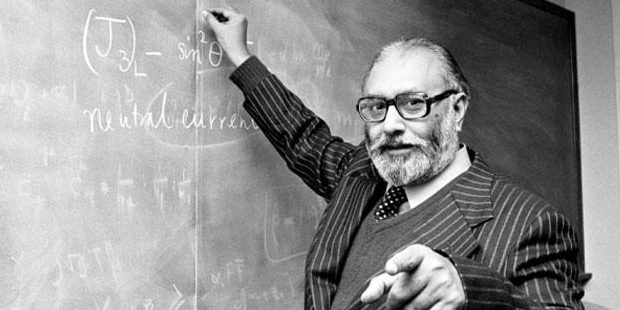 Why is it that we have to see each individual with the eyes of religion only? Why cannot we live with each other in peace and harmony by actually appreciating the type of person that individual is, or how he contributed to the nation? Why is an Ahmadi professor of medical sciences killed, and an Ahmadi scientist dishonored even though their service to the country, which is educating masses, is far greater than what these mullahs are doing?