Every desi knows the standard affair of marriages in this part of the world. Either your parents would arrange a senor or senorita for you or if you dare enough to find one yourself, you will have to have your parents consent. But it’s not easy; it turns out to be a very complicated affair for many people because it is not always that your parents agree to it.

Your parents’ consent matters and it’s a priority for most people. People somehow get their families convinced of their choices and sometimes not. In many cases, their families have rather sought a match for them… you know the whole, “phuppo ka beta/beti thingy” in our culture! Moving on, we have an incredible story about a guy who recently got married. That does not sound like a big deal at all, right? Well, the story is not black and white.

So, this guy, who is apparently a teenager, just married two girls who are his best friends.

Let that sink in…

The dude lives in Multan and the incredible story has taken a toll on social media for all the right reasons. Your hopeless romantic self cannot even find that person and this guy goes out to marry not one but two of his BEST FRIENDS. Talk about triumphing the friend zone! 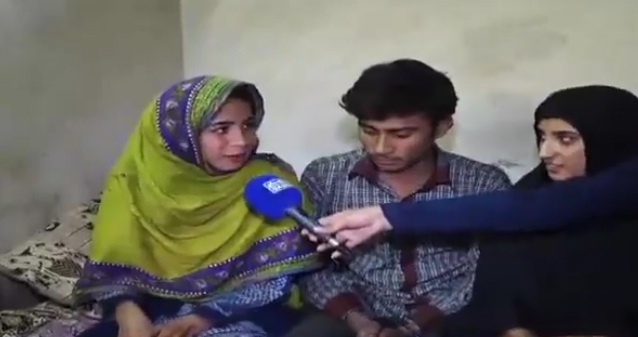 Talking to the media, one of the two girls revealed that they married the same man out of their free will. Not to forget, the two young brides happen to be best friends. However, parents of these two girls are not having it at all… they have filed an official police complaint against the teenager. Since then, the guy is in hot water and the story continues to be insanely popular on social media.

This story has reached an incredible height of popularity… it has gripped us all and here’s what some Pakistanis have to say about it:

Of course, we do not come across such stories every day. But it’s thought-provoking as to how the girls got into consent on marrying the same guy. What do you guys have to say about this story?