“Without hard work, nothing prospers!” said The Citizens Foundation (TCF) student, Anum Fatima, as she secures her admission at the prestigious Harvard University. Despite living in a society instilled with stereotypes and having financial issues, Anum makes her way to the top of the class.

Anum’s Journey From Karachi’s Slums To Getting Admission At Harvard!

From a population of 197 million, and hailing from the slums of Karachi, Anum Fatima breaks all barriers to reach her goals. Indeed, an inspiration for all, Anum is a TCF student. Belonging to a financially challenged family, her father earns by driving a rickshaw.

Never considering the lack of financial aid as a barrier, Anum moulded the dedication and hard work towards her studies. As a result, she is offered a funded scholarship for the Summer program at one of the world’s most prestigious universities, Harvard.

Also read: From Slums To Universities Abroad – 5 Most Inspirational Stories!

Anum Fatima, a girl from the slums of Karachi whose father worked tirelessly as a driver, got herself enrolled in summer program at Harvard University on scholarship. #SheStands pic.twitter.com/Bj2hjpmfmS

In a patriarchal society like that of Pakistan, where hierarchies are made to define the role of both genders. Consequently, this leads to the perception that women are inferiors. One of the drawbacks of patriarchy in such a society is that it leads to causing tyranny. 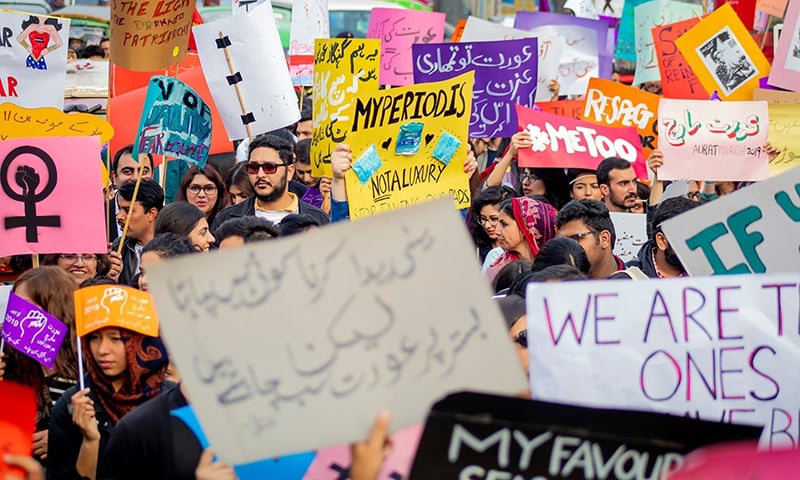 Ultimately, failing to understand the root cause of disruption in the societal order, the outcome leads to promulgating events like Aurat March. Precisely, the concept of the march itself is proficient but the ideology behind the march is quite irrational.

Understanding it correctly, instead of shouting for rights and tearing down whatever respect is left between both genders, what we can exercise is portraying accomplishments of women like Anum. Instead of only leading the march towards incidents of sexual abuse and depicting them through posters. The agenda of the march can also be lead to highlighting the importance of female education. Moreover, we can depict the success of women in sports like Mahoor Shahzad achievements in badminton and Summaiya Baloch, the Pakistani female boxer.

Procuring inspiration from a role model like Anum, the essence of Aurat March can be relived. Which subsequently can lead to bashing the seeming paradox of gender stereotypes!