Pakistan is a free state which comprises of Muslims in the majority. Hence, the dominant religion throughout the country is Islam. This is also why same-sex marriages are forbidden on both religious and constitutional grounds, on 14th July 2020, the case of Akash Ali aka Asma Bibi and Neha were taken to the high court of Lahore by Neha’s father. Regardless, of how disturbing this entire story is, it seems the story plot thickens with the passage of time.

Recent reports state that Neha who was the bride in this same-sex marriage with Asma Bibi is now under police custody. However, Bibi is still missing.

According to SHO Taxila, the bride to be Neha is now under arrest and will be taken to court for trial. Asma Bibi who posed to be a boy in a same-sex marriage is still missing. The police raids are going to carry on until the culprit is found and produced in court.

Simultaneously, the court has also places the culprit, Asma Bibi’s name in ECL to ensure that she doesn’t escape from the country. 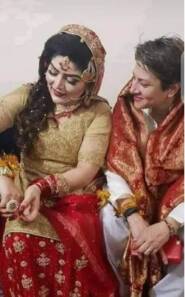 However, to verify the same-sex marriage when asked to provide medical reports, Asma Bibi completely went AWOL. On consistent appeals, she has mentioned that she is suffering from COVID-19 and cannot appear in court.

Due to this, she was provided with a few days off. After this, Bibi sent a divorce paper to Neha. This has also ascertained the suspect’s forgery and it won’t be long when arrest warrants will be out for Bibi’s deception.

Bibi has been lying to court by stating that she has gone through a gender transformation surgery, as she was facing with gender dysphoria.

Time and time again, the concept of same-sex marriage and homosexuality has been highlighted and forbidden in Islam like the one we see with Asma Bibi’s case. In fact, according to the Shariah Law of Islam, homosexuality is punishable by corporal punishment (whipping), imprisonment, and death. 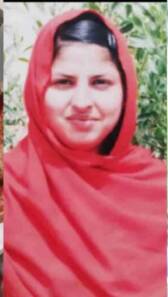 This is not the first case where a family has become a victim of gender deception, a similar case took place in Indonesia as well, where an Indonesian man under deception married a man imposing to be a woman. We also hope this disturbing story of Asma Bibi and Neha od same-sex marriage comes to an end real soon!

Bilal Maqsood Says ‘Surahs & Duas’ On YouTube Should Not Be Monetized, It’s Highly Disrespectful
WATCH: UK Police Violently Drags A Muslim Father Away From His Dying Daughter
To Top