The political scenario of Pakistan is that of a shepherd and his sheep. The followers being the mindless sheep going wherever their masters take them and believing whatever their leaders tell them. 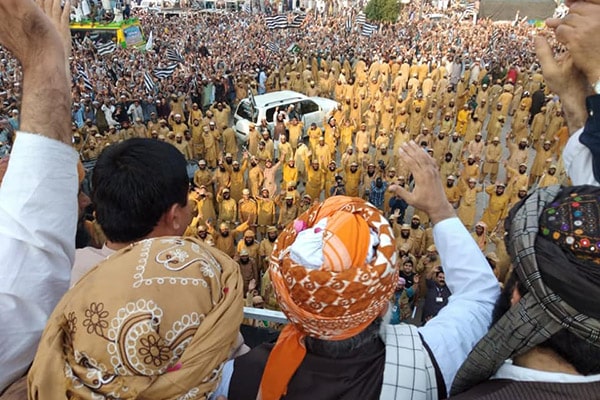 The ‘Quaid’ syndrome, for example, which hasn’t been working out so well for the participants of JUIF- Azadi March. Sadly, the hatred for Imran Khan runs so deep that the ‘religious leaders’ of JUIF didn’t even spare Maulana Tariq Jameel Sahab, who spoke highly of Imran in one of his lectures.

Of course, the hatred has been successfully passed on to the naive participants of Azadi March, who are still confused as to why they are involved in this rally in the first place. Nonetheless, the leaders of JUIF have proven themselves to be quite oblivious and uneducated on various matters; taking WikiLeaks claim for an example. In a nutshell, this rally exposed the sheer ignorance of these religious bodies that represent Pakistan on an Islamic front.

Here’s the speech against Maulana Tariq Jameel in JUIF rally:

Disappointing how the ‘enlightened’ religious men would use such derogatory terms for another esteemed scholar who has spread the word of Allah far and wide. Maulana Tariq Jameel is no stranger to the world; widely recognized, followed and admired, he truly is a gem in today’s time. His life, teachings, and struggles are inspirational. Moreover, in a world that reeks of sin, crimes, and hypocrisy, men like Maulana Tariq Jameel are a blessing for the Ummah. 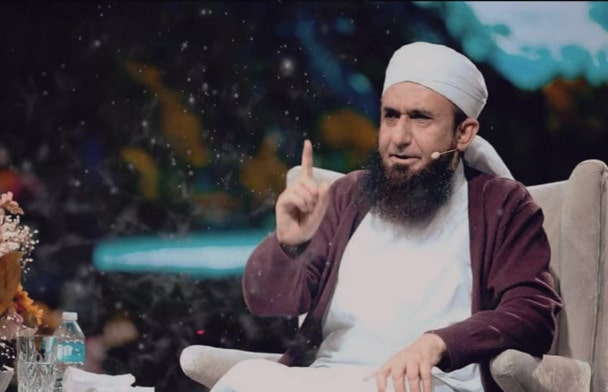 These are truly the end of times, where even the Ulama (scholars) can’t stay united and exist in harmony. Moreover, no one stood up for the respected Maulana, except Mufti Tariq Masood, who is another renown Islamic personality and widely followed. Both, Mufti Tariq Masood and Mufti Tariq Jameel have changed the hearts of many and continue on to spread the word of Allah.

Mufti Tariq highlighted the hypocrisy of the leaders of JUIF who according to the scholar bring Islam in politics. He also criticized them for being undignified. In a sense that they cannot handle anything that is against their desires; pointing at Tariq Jameel Sahab praising Imran. Moreover, saying that when this happens their entire belief and religious persona goes to waste. 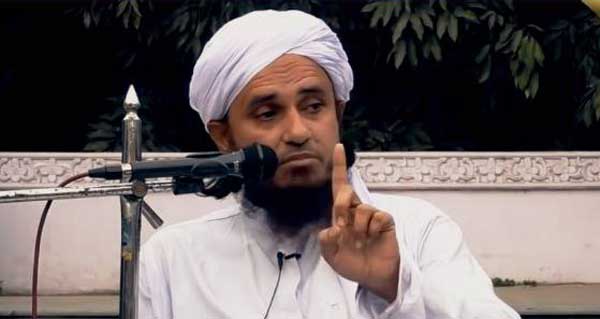 Taking a stand for the weary scholar, Tariq Masood advised how such an aggressive approach towards Maulana Jameel wasted his entire life’s work. Since on a minor disagreement they harshly criticized him forgetting everything he has done for Islam and this Ummah.

Truly, Mufti Tariq Masood has a beautiful message for all the believing men and women. There are many ways to go about your differences with someone than resorting to disrespecting them. May we all find the righteous path to follow in this temporary world and may Tariq Masood’s words reach to the ones that need it the most. Ameen!

Maulana Fazal Insists That Re-Elections Will Be Held Before 2020!
9-Year-Old Laurent Simon: Youngest To Complete Bachelor’s Degree!
To Top