The year 2020 is indeed turning out to be the most stressful and depressing years till date. From uncertain pandemic outbreaks, airplane crashes, to suicides and civil wars. It has only been six months into 2020, and the inevitable end seems to be nearing as people lose hope.

Speaking of sudden demise and celebrity deaths that shook us to the core, the world hadn’t even overcome the grief of the sudden death of Bollywood rising star Sushant Singh Rajput, when the news of Pakistan’s first legendary TV host, Tariq Aziz passed away at the age of 84 years.

Tariq Aziz is believed to be the kind soul who ruled and gave strength to the Pakistan media industry. His incredible show ‘Neelam Ghar’ was aired on PTV and won hearts of millions of Pakistanis for many decades. The Pakistani media industry honors and adores him for his dedication and hardwork.

Being a broadcaster, his baritone voice and charismatic attitude made people adore him a lot. However, what many don’t know is the different hardships and different hurdles he was facing before his career took a rise for the stars. 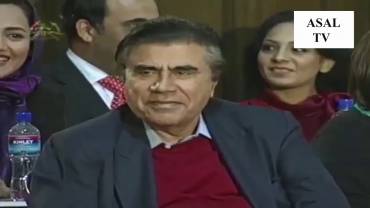 Not only was he just a show host, he has earned great recognition from his days as a politician. Tariq Aziz saw hard times like no one else. He mentions that he spent his life on the roads due to his poorly poverty stricken life. The story of his life is highly inspiring and motivational. On a show ‘Mazak raat’  he tells about the time, when he didn’t have enough money to pay for coffee even, but he always knew in his heart,

“We must always remember, that after every night there comes a dawn”.

Indeed that is not only inspiring, rather it is motivational and gives immense hope. Tariq Aziz’s life shows us that despite all the hardships one faces, having hope and strong faith on ALLAH, is all that one needs. His charisma and chivalrous attitude towards shows determination, dedication and struggle. 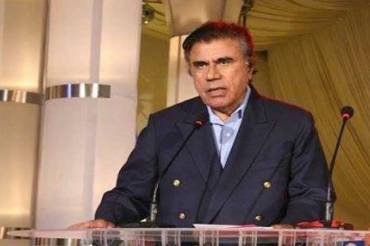 The show ‘Neelam Ghar’ is one of the most iconic shows in the history of Pakistan. It aired on PTV way back n 1974 and is still recognized as one of the best shows till date. Tariq Aziz hosted the show with great fervor. The show was considered to be family friendly show which created informational and both insightful entertainment for all. The most interesting aspect of his show was each dialogue that he delivered. The most popular dialogue of this amazing star was:

Tariq Aziz as a Poet

Not only was Tariq Aziz a great actor, host and parliamentarian, rather he won many hearts with his impeccable and outstanding poetry. His poetic verses were beautifully written, with each word that crafting a melancholic yet hopeful wisdom to inspire the reader. It is true that his work and contributions will never be forgotten.

It was his entire life, that one should look up to, in order to learn the true meaning of motivation, hardship and struggles. Tariq Aziz was not only a legendary host or a poet or even a parliamentarian, no, he was a true gem.

Above all, the loss of this inspiring and beauteous soul is never going to be forgotten, nor is it going to be something that the Pakistani industry can ever over come. The death of veteran star, Tariq Aziz is as devastating as can be. We pray that Allah grants you the highest rank in Jannah and may your soul rest in eternal peace.

Sushant’s Fans Find Scary Details That Could Be Reasons Of His Death
Should TikTok Be Banned In Pakistan As Some Users Are Spreading Obscenity?
To Top