After Chai Wala, Pakistanis Are Going Gaga Over The Newfound 'Tarbooz Wala'! 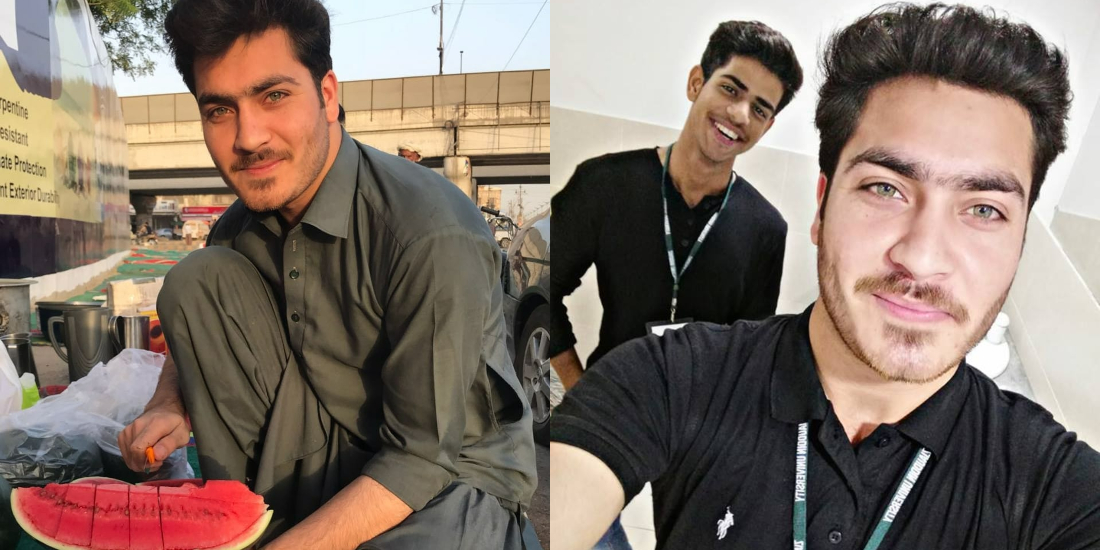 You might remember the time, when Pakistani, in a matter of days, made Arshad Khan aka Chai wala, the country’s biggest sensation. Started trending from Pakistan, then the sub-continent and later on to the rest of the world. Loved for his green eyes, Chai wala earned a lot of praise, media time and most of all, working opportunities.

However, there is always a replacement to everything. It seems, that Pakistani internet has found the new Chai wala this Ramadan, but the only difference is that he doesn’t sell tea. Yes, Pakistan has found a very good looking ‘Tarbooz-Wala’ and they can’t stop talking about his good looks. 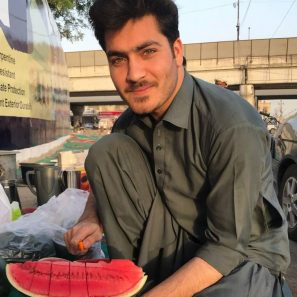 Ever since the picture surfaced on social media, people have been stating that the newfound Tarbooz Wala is actually better looking than the Chai Wala they had previously discovered. People have been adoring the Tarbooz wala for his stunning looks, hazel eyes and the smile on his face.

From Instagram to Twitter, people are discussing how they’ve discovered another good looking man who is a hard worker as well. The picture was taken by someone right before Iftaar, in Karachi. However, further research proved that the Tarbooz Wala is not a fruit seller, but a doctor in the making. The name of the person is Muhammad Awais and he is currently studying at the Ziaudding Medical University in Karachi.

The picture, as being believed, was taken while the doctor to be was preparing iftaar with his friends. The internet mistook him for a fruit seller, but the fact remains, he is indeed going viral on social media as we speak. Awais changed his profile picture to the one which is going viral and captioned it: “Dr. Tarbooz Wala” – and he also recognizes the fact that his picture is doing rounds on social media.

This is how the internet is reacting to the discovery of Dr. Tarbooz Wala

This tarbooz wala is way better than Chaye wala.

I think he isn’t tarbooz wala .. he is arrange a aftaar for the people