Coronavirus, the disaster, is going on in full spring. In Pakistan, the virus has affected 9505 people until now. Out of which 2066 have recovered. Following the pandemic, the debate regarding Taraweeh and the opening of mosques during Ramadan is going on in the country.

First, it was Imam e Haramain, who urged Muslims to pray at home, now a viral video depicts a scholar saying Taraweeh is not mandatory.

This needs to be retweeted 220m times #PrayAtHome #COVIDー19

The Scholar says, “Tarawaeef is not mandatory.”Furthermore, he said, “Prophet Muhammad (SAW) has prayed Taraweeh only three times in congregation.”

The Molana says, “The time of Tahajjud is of cardinal significance. At this time Allah comes at the nearest sky and whoever asks Allah at that time Allah never denies his prayers.” 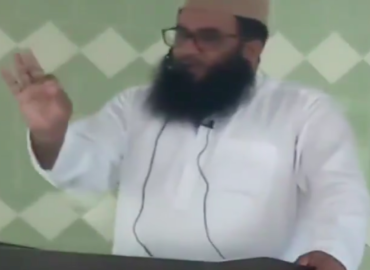 In short, the scholar says, one must pray Tahajjud instead of warning the authorities over allowing Taraweeh in the mosques. Besides, he stresses the need for praying Tahajud, the time when one comes closest to Allah.

The significance of Tahajjud

Tahajjud is a prayer offered at night voluntarily.

“The best time for Tahajjud is the last third portion of the night.” (Abu Hurairah)

“And during a part of the night, keep awake by the prayer. It is beyond what is incumbent on you; maybe your Lord will raise you to a position of great glory.” — Al-Isra 17:79

“And they who pass the night prostrating themselves before their Lord and standing.” — Al-Furqan 25:64

Thus, the above hadith and Quranic verses stress upon praying at night. As per Islamic scripture, at the time of Tahjjud (late night), Allah comes closest and asks is there anyone who needs my mercy, or anything from me.

People on social media reacted to the video of the scholar in the following manner:

Some are saying the scholar is wrong

Ironically! Those Ppl are quoting these mullahs who always criticize them as the most Jahil in the world . Hypocrisy at its peak

The sad reality of our society

Well I’ve been called Wahabi for saying Taraweeh is not fard and can be offered at home even before any pandemic happened.

Still, a sane and different voice , amongst the madding crowd of political clergies.

As per annals of Islamic history, Taraweeh became mandatory in the reign of Hazrat Umar (R.A). The scholar says Taraweeh is the substitute of Tahajjud. Thus, following the COVID-19 pandemic, one must pray at home as Tahajjud brings one closer to Allah Almighty.