The pandemic of coronavirus has led to locking down the whole world including mosques. As the month of Ramadan has come, the Taraweeh prayers were offered in Masjid al-Haram.

Although, the Saudi government banned praying in the Masjid al-Haram, including Taraweeh, the staff of Haram offered the Taraweeh prayer. 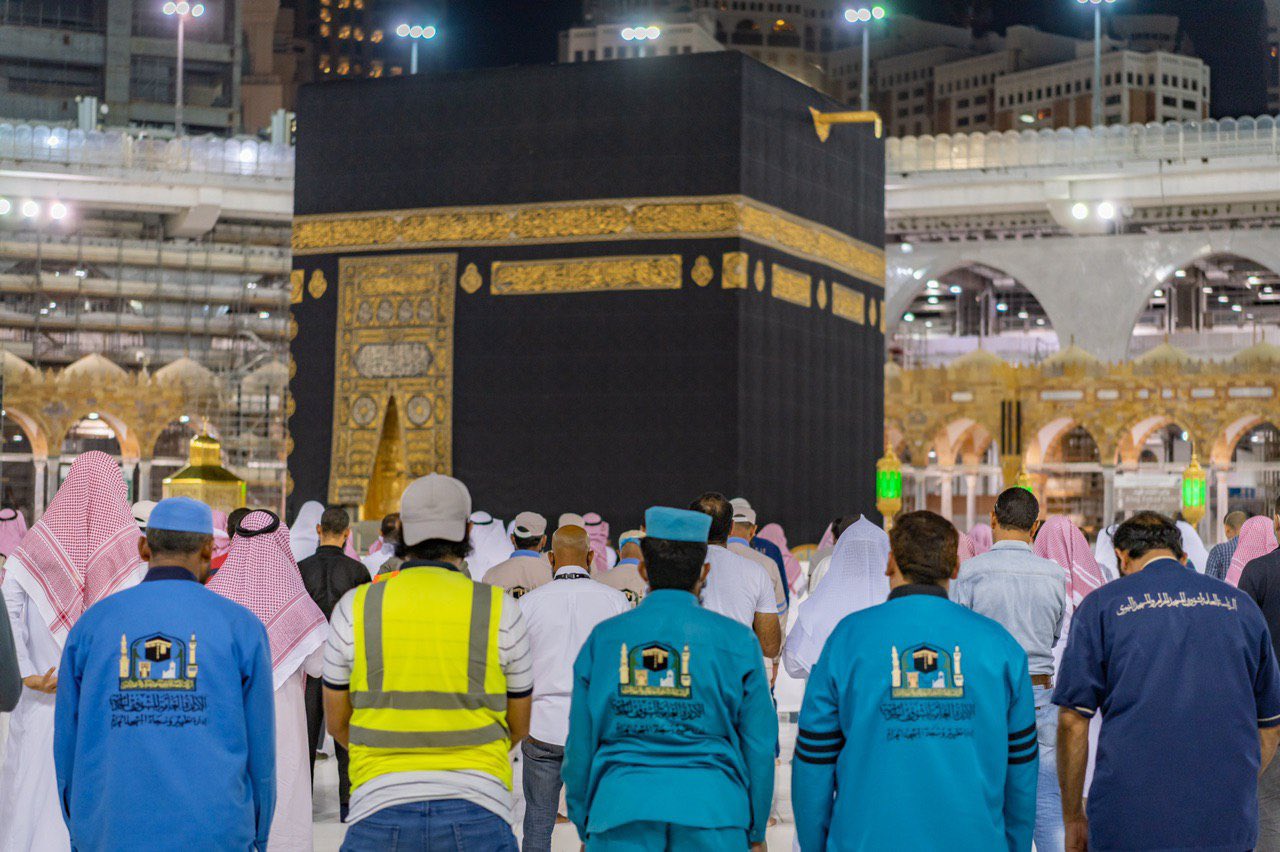 Sheikh Abdul Rahman Al-Sudais, head of the presidency told about the prayers at the two holy mosques. He said that only presidency officials and sterilization workers will offer prayers at the Holy Mosque of Makkah and Madinah during Ramadan.

Earlier, Dr. Abdul Latif Al-Sheikh, Saudi Minister of Islamic Affairs, talked to a news portal regarding prayers. He said, “The suspension of performing the five daily prayers at mosques is more important than the suspension of Taraweeh prayers.”

The government of Pakistan reached a 20 point agenda with the Islamic scholars of the country regarding Taraweeh prayer in the mosque during Ramadan. Notwithstanding, the government of Sindh, persisted its ban and proposed 15 days strict lockdown.

The Cm Sindh asserted, “I am bothering you late night but have to make very difficult decisions.”

However, Pakistanis will offer Taraweeh but under the SOPs provided by the government of Pakistan.

Here’s the SOPs as exhibited by President, Arif Alvi Tweet.

All those concerned about the SOPs regarding prayers in mosques and responsibilities of implementation, as well as determination on whether SOPs are being followed or whether conditions may or may not allow congregational prayers, please read the following. pic.twitter.com/XBYKCNb8iP

Alhumdulillah at least that’s something but.. this is still so heartbreaking imagine not being able break your fasts or pray Taraweeh in Makkah and Madinah.. 😞 https://t.co/MXCM9Nybnp

Yesterday, the whole world got emotional when they saw and heard the Imams of Masjid Al Haraam, #Makkah #SaudiArabia were crying in the whole Taraweeh prayer.
May Allah lift this pandemic from us, forgive us, wash our sins and make us pure in this holy month of Ramadan. Ameen pic.twitter.com/miuqYVr9fn

Taraweeh in makkah yesterday 🥺
The dua sheikh sudais made will bring you to tears, may Allah protect us all inshallah🥺❤❤ pic.twitter.com/FSMcVmVhyo

In this awful situation, at least offering of Taraweeh held though with only presidency officials and sterilization workers. The time is not far when again the two holy mosques of Madinah and Makkah will be filled again.

WATCH: Top Pakistani Celebs Come Together For A Short Film On Coronavirus
Shopsy’s New Ad Is Exactly What Great Marketing Is All About
To Top