Saudi Arabia’s Grand Mufti Sheikh Abdulaziz Al al-Sheikh said that Muslim prayers during Ramadan and for the subsequent Eid-ul-Fitr feast should be performed at home if the coronavirus outbreak continues.

“Ramadan’s Taraweeh (evening) prayer can be performed at home if it cannot be performed at mosques due to the preventive measures taken to fight the spread of coronavirus,” said the highest religious authority in KSA on Friday.

Prayers are already banned in KSA

He said the same applies for Eid prayers, according to the paper. The holy fasting month of Ramadan begins next week.

Saudi Arabia in mid-March stopped people performing their five daily prayers and the weekly Friday prayer inside mosques. The baned has been imposed to limit the spread of the coronavirus.

On Thursday, the Prophet’s Mosque in the holy city of Medina said it was banning events that dispense evening meals in the mosque to those in need during Ramadan to break their daily fast. 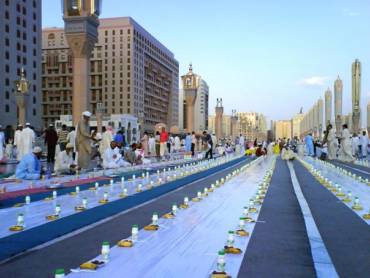 Earlier, Dr. Abdul Latif Al-Sheikh, Saudi Arabia’s Minister of Islamic Affairs had said, “The suspension of performing the five daily prayers at mosques is more important than the suspension of Taraweeh prayers.”

Ramadan will not be the same

Ramadan is one of the most important months for Muslims. However, amid the crisis of COVID-19, will the month remain the same this year? Unfortunately, it will not be.

Normally, in Ramadan Muslims pray in congregation at mosques across the globe. Most of the people spend their time in the house of Allah. Reciting Quran, praying, and asking for the almighty’s mercy and rewards are some of the rituals most of the Muslims do in the holy month.

Many Muslims have voiced their concerns about how they will practice Ramadan this year. When Muslims pray in groups, also known as ‘Jamaat prayer’, they line up, side-by-side, shoulders touching. There are also many group events and religious social gathering in Ramadan which might be halted this year.