If there’s one thing that Pakistanis love more than their tea, it is their army. It’s not a hidden fact, that the people of the country support its respectable institution on all fronts. Apart from the few bad sheep here and there, the Pakistan Army has done more for the country than any other stakeholder of the state. 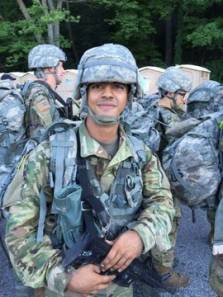 Taqi is the 4th Pakistani in history to do so while being the first one from Sindh. He brings great laurels for the Pak Army after his prestigious graduation from Westpoint. Congratulations on the great feat have been pouring in from around the world. Even the US Embassy of Pakistan extended their congratulations to the young soldier and the rest of the country.

Congratulations 🎉🎉to Muhammad Taqi Iftikhar, who recently graduated from the prestigious United States Military Academy at West Point! He is only the 4th Pakistani to graduate from West Point and hails from Sindh Province. #USPAK #USinPAK #USEmbassyISB pic.twitter.com/8rscXoB623

Taqi Iftikhar, who is an Ex-Larkanian, will join Pakistan Army now as a 2LT (second lieutenant). Already graduating from one of the best Military academies in the world, the sky is the limit for Taqi.

The Pakistan Army is already renowned around the world. And with Taqi’s induction in the force, the skills he has learnt with the United States military will serve as a great experience in the future.

We congratulate Pakistan Army, Muhammad Taqi Iftikhar, his family and the rest of Pakistan for this commendable achievement. More power to you, Taqi! We are proud of you.