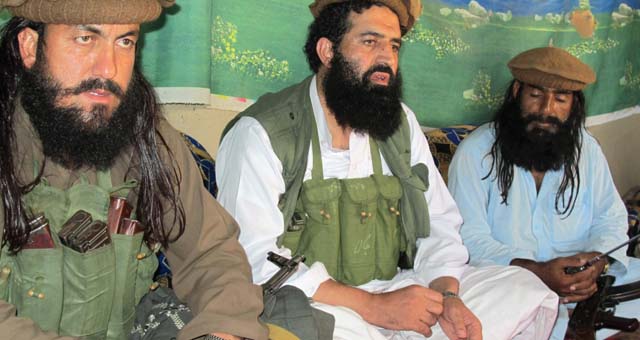 MIRAMSHAH: The Taliban Shura has asked foreign militants and supporters of the proscribed Tehreek-i-Taliban Pakistan (TTP) to either live peacefully or leave North Waziristan.

The Shura, headed by Commander Hafiz Gul Bahadur, which met at an unspecified location on Tuesday, gave the ultimatum in view of a 15-day deadline recently given by the government to elders of Utmanzai tribe to flush miscreants, including foreigners, out of the area or face action. The Shura had held a meeting with a tribal jirga led by Haji Sher Mohammad on Monday.

Sources said that the Gul Bahadur group, which had signed an accord with the government in 2006, asked foreigners and TTP supporters either to remain peaceful or leave Waziristan. â€œThe Shura will not tolerate disturbance in the area,â€ said a source who attended the meeting.

Ahmadullah Ahmadi, spokesman of the Shura, told newsmen that the Shura condemned Mondayâ€™s suicide attack at Boya checkpost that left three soldiers dead and 15 others, including five women, injured. He said the agreement with the government would remain intact till June 20.

Residents said that announcements were made on behalf of the tribal jirga asking people not to leave their homes. The jirga also appealed dislocated people who had moved to Bannu to return to Waziristan.

The sources said that Haji Sher Mohammad had assured people that the government would not launch a military operation and was confident to resolve the issue through dialogue.

But people ignored the announcements and continued to move towards Bannu. They said that Haji Sher Mohammad and his associates were making last-ditch efforts to avert a military action in North Waziristan.